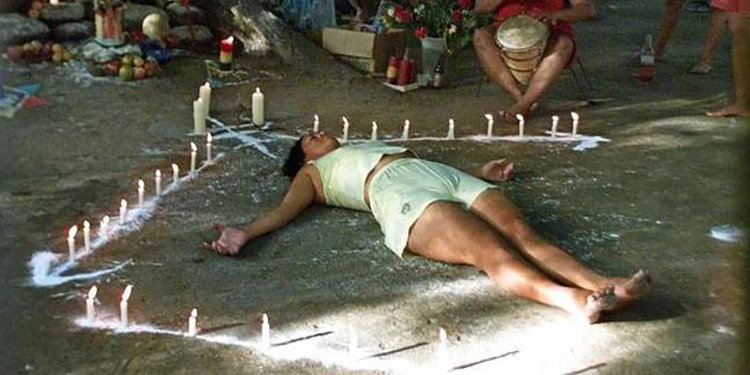 Restina Horo, a 60-year-old widow, was hacked to death on Friday by her nephew Muni Horo in Dahkela village in Jharkhand’s Khunti district, barely 75 km from the state capital Ranchi. Restina was just about to retire for the night on June 17, when Muni barged into his aunt’s hut and hacked her to death. The murder weapon – a pickaxe – was later recovered from the youth.

A jobless Muni, 25, had been nursing a grudge against Restina – the widow of his paternal uncle – who he blamed for his undiagnosed disease. He suspected Restina practised black magic, leading to his illness. This was second incident of witch killing reported from Khunti within a month after another woman, Mangri Mundain ( 65) was beaten to death in Arki area of the district on May 26. Jharkhand, a state carved out of Bihar in November 2000, has clearly emerged as the hotbed of “witch- hunting” in India. The National Crime Record Bureau (NCRB) records maintain that as many as 464 women, majority of them from tribal communities, have been branded “witches” and killed in cold blood in Jharkhand between 2001 and 2014.
India has seen killings of 2290 persons, mostly women for practicing witchcraft, in the same period. Jharkhand clearly the worst affected State, accounting for more than one fifth of the victims.

While the NCRB is yet to post updated figures for the subsequent years after 2014, it is unlikely to present a better picture in Jharkhand, which has continued to witness mindless killing of women. On June 14, septuagenarian Jugni Devi was axed to death in Kersai area of Simdega district. On June 10; a 46-year-old woman was stripped and gangraped in Tonto area of West Singhbhum district. While majority of these crime have been reported from Southern Jharkhand, the menace is also seen in north east Jharkhand, called Santhal Paragnas, which borders Bihar and has a different tribal dialect.

On May 30, a 60-year-old tribal woman Bitia Hansda was killed for practicing witchcraft in Jarmundi area of Dumka district; Jharkhand’s second capital.

In this article:india, witchcraft, witchhunt