For the past few years, sex and India has been in the news, mostly in a negative light – highlighting a rape culture and gender disparity that’s rearing it’s head on a global scale. It’s ironic, considering the restrictive and puritanical attitudes towards sex and their consequences on women in modern-day India, that pre-colonial India was relatively open when it came to sex. Sex and nudity features prominently in temple sculptures, especially in South India, and in Indian literature; the most well-known literature about sex practices in human history is the Vatsyayana Kamasutram, better known as the Kama Sutra, written somewhere between 400 BCE and 200 CE. Up until the invasion of India by several European nations, most notably the British, sex for pleasure was perfectly acceptable, if not encouraged, in Indian life – albeit in the marriage bed. As the grip of Victorian England tightened on Indian culture, the Hindu attitude towards sex became increasingly seen as “barbaric” and inferior to the tight-assed (no pun intended) Victorian attitudes towards sex, which were basically that masturbation caused serious health issues, that sex should be restricted to reproduction purposes, and that enjoying sex in any way was shameful, especially for women. This unfortunate way of thinking was imposed on India and eroded their attitudes towards one of life’s few pleasures, and as a result Victorian ideals became the norm in India, and conservative sex values are still the norm today. The following paintings were done in 19th century India, and while they are typical of earlier artworks about sex, you can see the puritanical influence creeping in in the form of demons and devils participating in the sex acts. I can’t read these, neither can I find information about the artist/author of these works, but it seems that an association is being made between homosexuality, bestiality, masturbation and evil in the form of demons. Either way, these are some pretty awesome and twisted paintings…enjoy! A giant penis copulating with a female devil. A man copulating with a goat or deer. A female devil copulating with a giant penis. A woman riding on an enormous winged penis. A man ejaculating, while holding a net for birds. An antelope whose body is formed by three pairs of copulating humans. A man copulating with a model of a woman and model of penises mounted on a board. A camel whose body is composed of copulating humans. 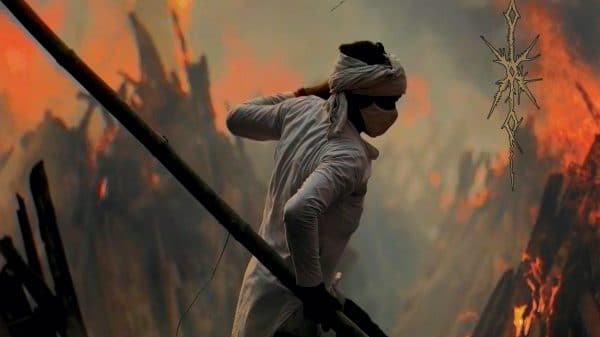