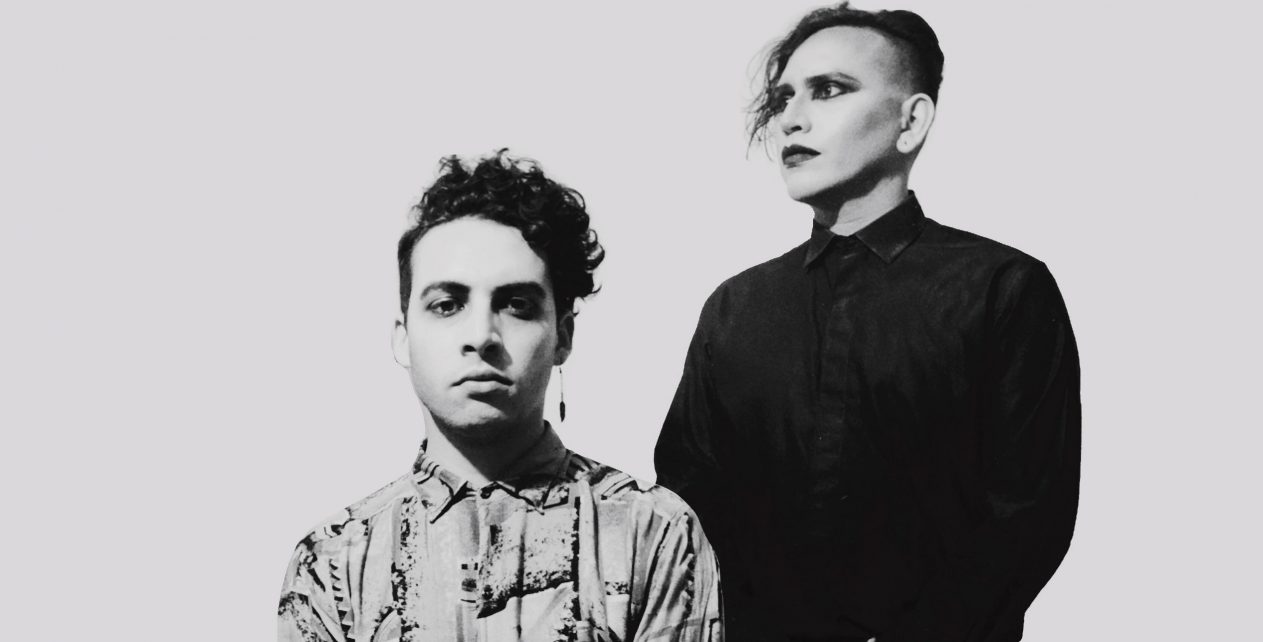 Twin Tribes manifest the kind of ethereal and powerful Post Punk that I love! “Tower of Glass” is a delicate anthem with soaring sounds that will have you dancing. It’s rad seeing two humans come together to share their passion for creating, and the end result is amazing music! CVLT Nation has been given the honor of sharing with you their new visual for “Tower of Glass.” It must be noted that they hit the road in July with She Past Away,  and you can peep the dates below!

Twin Tribes is a Cold Wave/Post-Punk duo based in the Texas/Mexico border in Brownsville, Texas. Formed by Luis Navarro from Matamoros, Tamaulipas, Mexico (vocals, guitar, synth, drum machines) and Joel Niño, Jr. from Los Fresnos, Tx (bass, synth, vocals) in 2017. The band gathers their influences from the period of the dark 80’s. Dark Wave, Post-Punk and Cold Wave are only a couple of genres that the band summons using analog synthesizers and drum machines. Dark melodic sounds, lyrics of the undead, the occult and parallel universes are what conjure Twin Tribes.

Tower of Glass is the second single off of our debut album “Shadows” which was released January 31st, 2018. Produced by Producciones Cruz de Neon and directed by @finjet77

Advertisement. Scroll to continue reading.
In this article:twin tribes