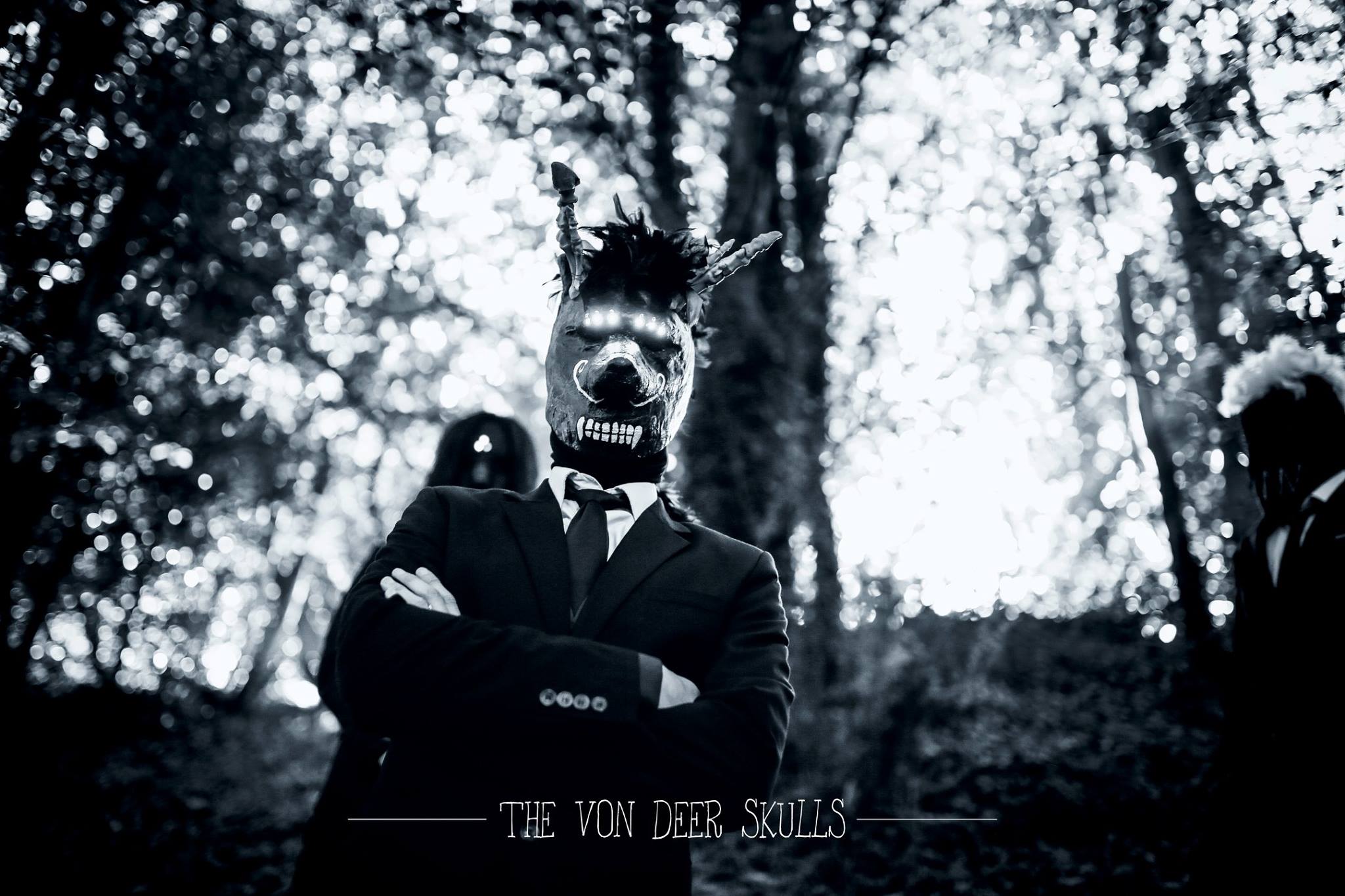 The Von Deer Skulls are an enigmatic doom band from France; I started listening to them a few days ago, when Armando from Wraith Productions introduced them to me, and I have to say, I really liked what I listened to.

They don’t sound like a typical doom band; they have an experimental sound on their music, and what I think is a particular addition to their whole is Peter Skull’s voice. The music transmits bleakness, death, despair and melancholy. Visually, they are like a strange mixing of Lynch’s Inland Empire and some twisted Tim Burton movie.

So, we present to you the video premiere of ‘Strong & Fragile’ (featuring guest vocals by Fañch from Stonebirds and Bagpipe from The Great Von Deer) from the album The Rest Is Silence released by Wraith Productions on October 31st. In this article:DOOM METAL, The Von Deer Skulls, Wraith Productions