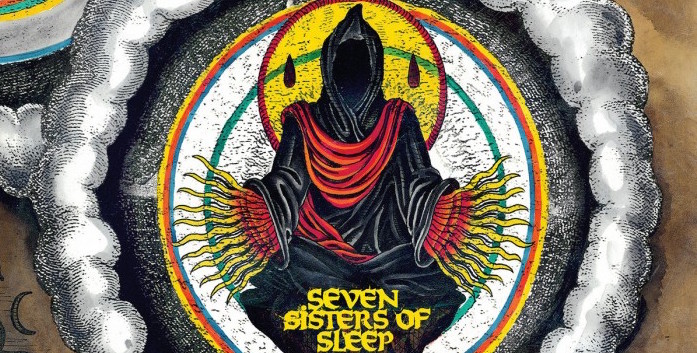 Seven Sisters of Sleep have earned and deserved every second of their triumphant ascension to the heavens of prime-cut US sludge metal. Now presenting us with their brand new skull-crushing record Ezekiel’s Hags on nothing less than fucking Relapse Records, the LA-based band has reached this peak after having cut their teeth in the underground for the last decade at least, treading the US DIY scenes nationwide like a bloodthirsty beast in search of redemption from its own monstrous nature, and climbing to the top with the class and personality of an unstoppable juggernaut. The band has released a now lengthy string of splits and releases on staple underground labels like A389, and has laid underground venues to waste and crowds battered and traumatized in their inhuman wake of descturion with sporadic and selective – but highly lethal – live incursions that have left long-lasting scars and sores in the memory of those who have dared to cross their path – me being one of those poor and shocked souls.

Today SSOS have crowned their career with their mesmerizing and shape-shifting Relapse Records debut – Ezekiel’s Hags – an album that literally bleeds triumph through its multiple levels of cruelty and mastery. The band has always been famous for making sludge metal a highly ambiguous thing, injecting their slow and pounding rhythms and riffs with a wide range of different influences ranging from black metal, to crust, to psych rock, to drone metal, to stoner metal and beyond. In Ezekiel’s Hags, this huge array of different influences that lives within the band has come to life and blossomed in a majestic and spellbinding way, leading to the creation of one of the most diverse, seducing, and unique sludge metal albums to ever see the light of day – one that can proudly sit at the same table with the cream of crop of American sludge metal and stalwarts like Primitive Man, Graves At Sea, Yob, and the such.

Ezekiel’s Hags is a record in which you will find the class and timelessness of Goatsnake clashing with the brute blunt force trauma of Dystopia, early Isis or His Hero Is Gone (“Sacred Prostitute”, “Plateau”, “War Master”), the warm southern grime of Crowbar and Corrosion of Conformity colliding with the murk and repulsion of Darkthrone (“Gutter”, “Jones”, “Ud-Nun”), and the nihilism and filth of Noothgrush disintegrating against the skull-crushing rhythms and furious grooves of bands like Bolt Thrower, Obituary and Napalm Death (“Prey”, “Third Sesaon”). The result is a towering maelstrom of bleak and unrelenting aggression – a swarming and winding sonic maelstrom in which furious and ravaging rhythms, dismal and comatose doom treads, daunting psychedelic dirges, and concussive hardcore-crust blasts assault the senses and progressively pound the listener into dust and reduce them to complete and unescapable submission.

SSOS are especially unique in their preservation of classic American doom/sludge traits of unmistakable southern descent thrown against a backdrop of modern and ambitious blackened hardcore and crust superstructures that yield an end result that resembles bands like Grief, Eyehategod or Buzzov-en fused with recent black metal and hardcore hybrizadions like Celeste, Rorcal and Young and in the Way. Just when you thought that “Southern” sludge had lost its shine and succumbed to monotony, self-indulgence, and traditionalism, along comes a band like SOSS that while not being properly from the South have blown a precious breath of fresh air into the lungs of this stagnant genre and revived it to a whole new level – brutally and belligerantly reviving the interest and excitement around the genre. Behold, one of the greatest sludge albums of the year. 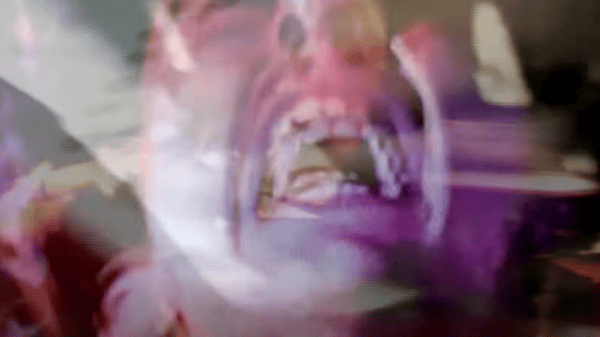