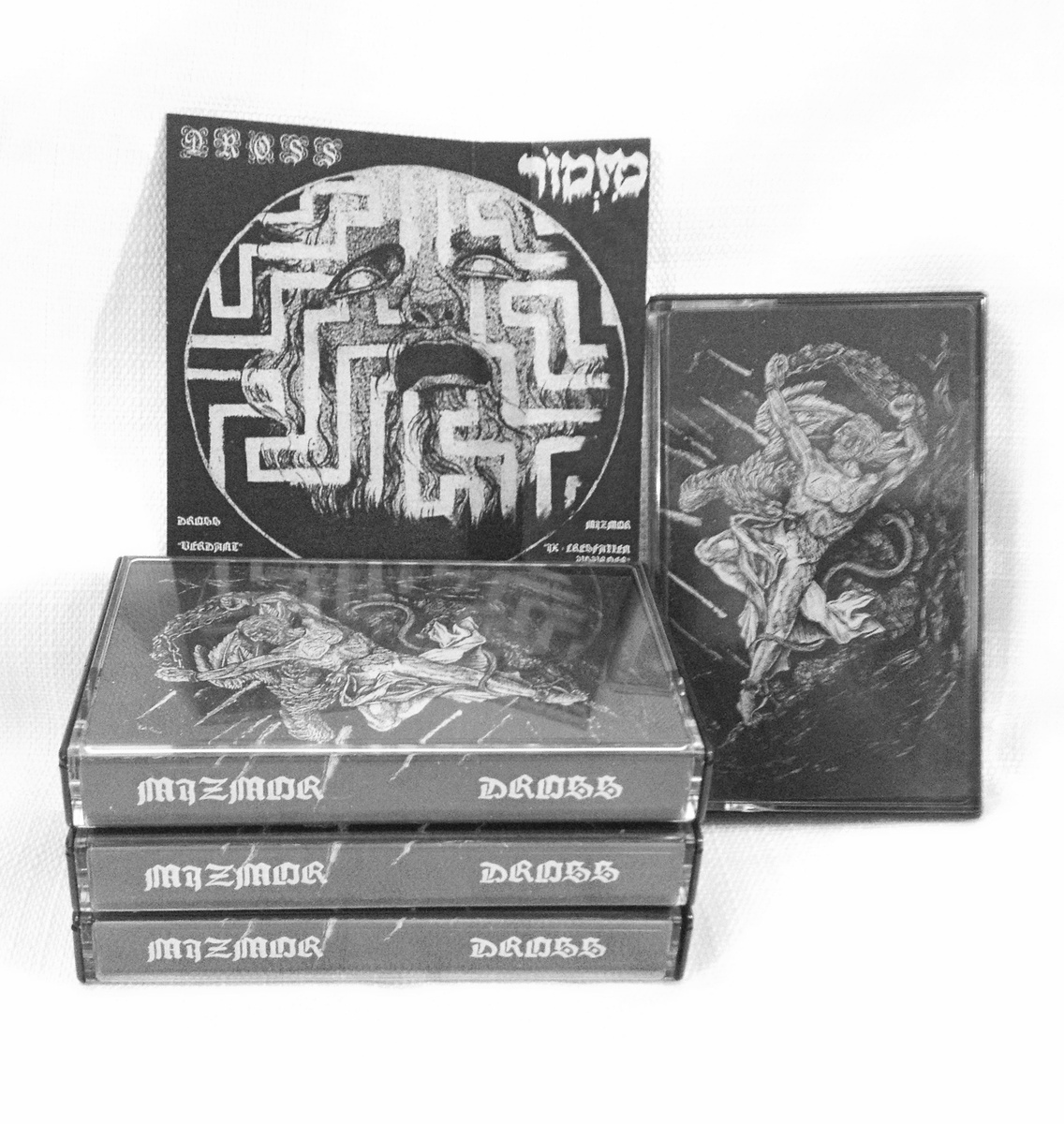 מזמור , also known as Mizmor, is a member of Oregon-based doom metal gods Hell, and of also Portland-based black metal band Urzeit. Under the moniker Mizmor, this obscure artist is the author of some pretty cataclysmic and doomed-out black metal which is pretty much awesome all around, and that has now amassed a considerable discography for being a fairly new one-man project: a debut full-length, a handful of single releases and a few splits, one of which is with Hell itself (something of a split with himself in a way). On this latest outing, we find Mizmor paired up for a split with another black metal band, Dross, from Phoenix, Arizona – an equally obscure and reclusive quartet of people who have zero presence anywhere, especially online, and as the only testament to their existence they have scattered an awesome but still small trail of demos throughout the underground. Art for split by Bryan Proteau