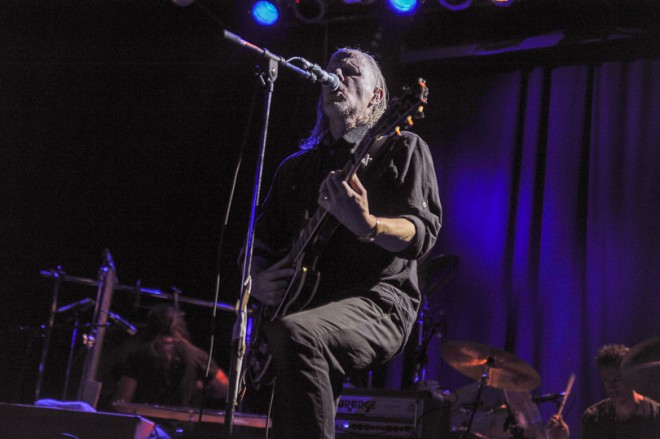 Like drugs, there can be only one first time with Swans; this was my fourth time seeing the band that over the years has evolved from the post-punk precursor, to industrial, to a more abstract channeling of spiritual vibrations at maximum volume. This did not diminish my experience, but it did give me a different perspective on several components of the proceedings. I went bare back and did not use the earplugs the venue provided, and instead gave them to a friend who was experiencing this for the first time. I figured
after my first three Swans shows, I had already lost the frequencies that would be destroyed by not wearing them, but I was wrong. The ringing in my ears was gone when I woke up. 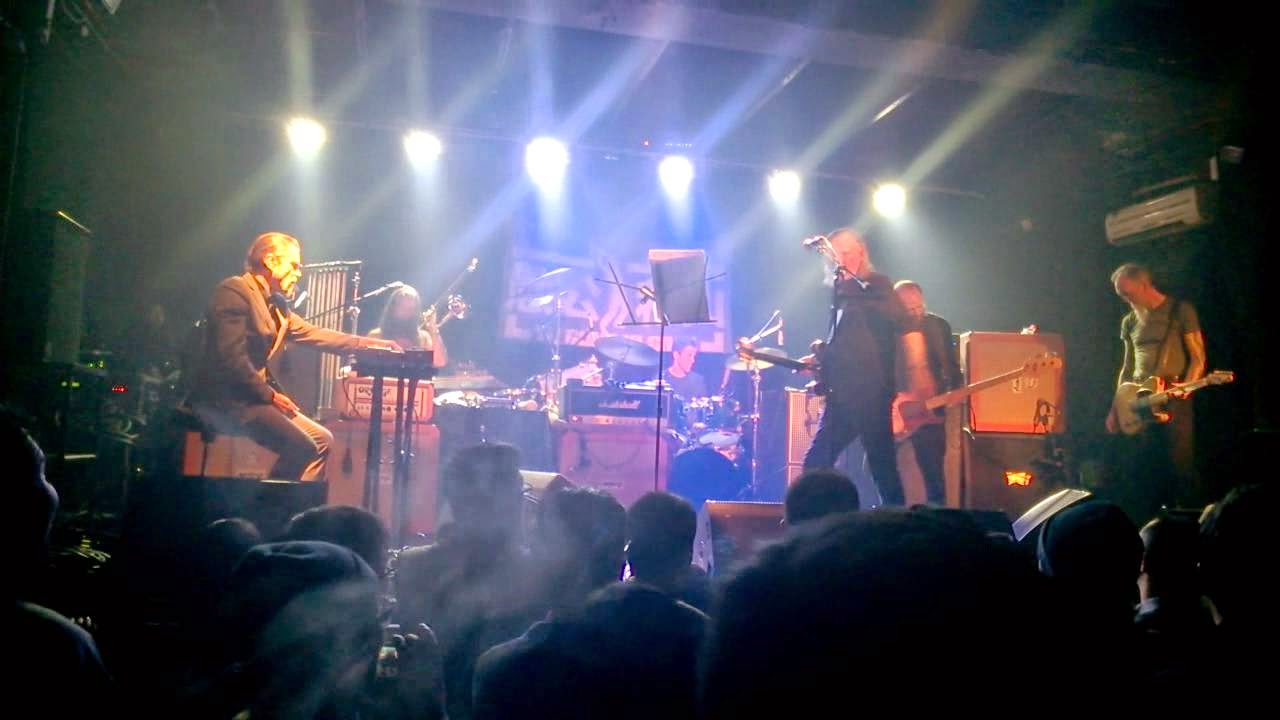 The line-up, which came together five years ago for My Father Will Guide Me Up a Rope to the Sky is still intact. Thor Harris is not just banging along with Phil Puleo – when the spirit moves him, Harris plays a xylophone and a trombone at the same time. New kid on the block bassist David Pravdica builds up the tension, appearing to volley this frantic energy back and forth with their fearless leader Michael Gira. Gira has held fast to
spitting in the face of the “greatest hits”-styled tour and continues to challenge his audience and fans alike; yes, you did read that right: Swans now have an audience that is separate from the actual fans of the band.
How is this even possible, you are asking? Swans are becoming increasingly like the Greateful Dead in that some people appear to be going to the show because it’s a good atmosphere to do drugs in, then there are people who actually have Swans in their iPod and listen to them during the course of their daily life. But this is a catch 22…you don’t have to be familiar with Swans body of work to enjoy their show, since all songs were pulled from last year’s To Be Kind, along with some public woodshedding of songs they are banging into shape before recording down the road. They have been pounding out this set on tour for some time, so it’s not like these are moments just being pulled from any old breeze that blows up from the bong.  This does fit the definition of a jam band, but if you are reading this I do not need to tell you Swans sound nothing like Phish. Michael Gira holds jamming in contempt, so there is some form of organic chaos energy birthing taking place. The majick comes when they start playing at 9:45, and then you glance down at your phone, but the noticeable difference in the crowd was the presence of hippies abounding. This puzzled me, so this afternoon I went on Set List FM and began taking notes on what festivals they had played since I last saw them three years ago. At first, aside from the Pitchfork Festival in Chicago, it seemed most of the festivals they
played were in northern Europe, until I got to summer of 2013 and found they played Bonnaroo. The mystery of why if smelled like sewage from where I standing eight feet from the stage and two feet from the dancing teenagers was solved. I am sure Gira notices this shift; he kicked a few children and scolded them about putting their hands in his sacred space. 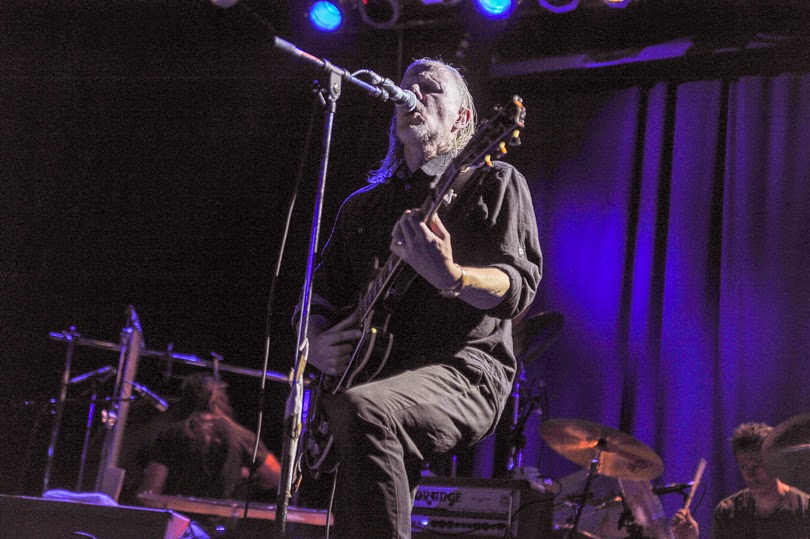 This was my financee’s first Swans show and she confirmed that they did stop time with their sonic hypnosis and said it lived up to her high expectations, but thought vocals would play a more prominent role. I found when Gira did sing, his voice was in fine form and seemed even stronger than when I saw them three years ago.  Things change, but from the stage Gira and Company continue to create the cathartic ritual that many bands these days like to bill their shows as, but are really just banging out the same old chords. I will continue to go see Swans whenever we are in the same state. The hippies will get arrested or get sober and I’ll be standing at my same spot just left of the stage, nodding my head, ice water in hand. If you have not experienced them live and consider your self a fan of music that goes to extremes, then they are a required course.
In this article:experimental, live, Michael Gira, post-punk, swans, Swans tour, to be kind