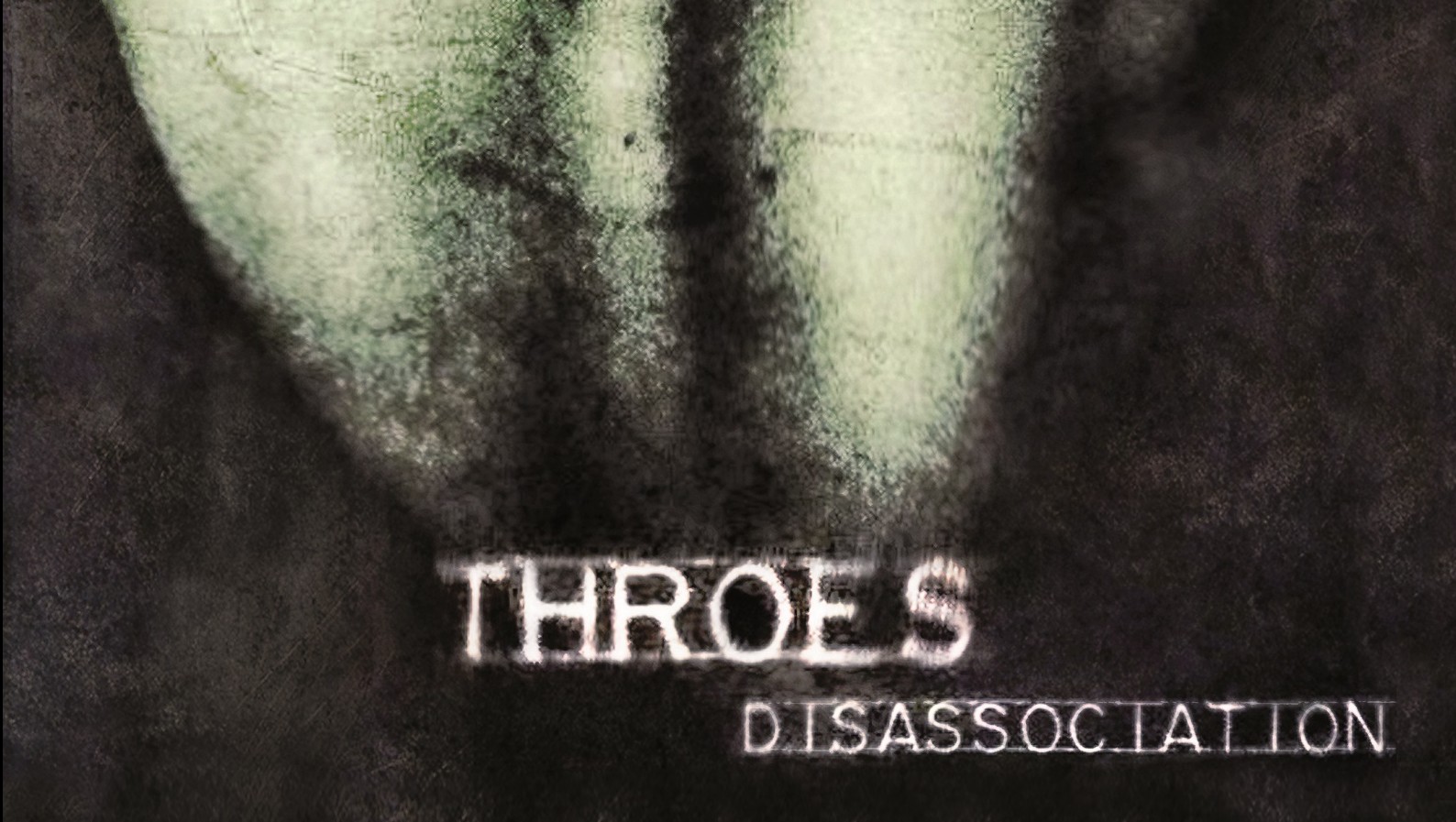 The UK underground is a wonderful thing, a place where people come together despite geographical distance and seemingly contrasting styles, and in turn create music that speaks of the darkness of the modern age and the filth of living. For Throes, and the two behind the band, distance and contrast have a huge impact on the music they make. Comprising of vocalist D.G. (Fever Sea, a post-metal project) and A.C. (Towers of Flesh and Binah – both disgustingly dirty and completely at odds with Fever Sea), Throes’ musical landscape takes in elements of black metal, industrial and crushing, pounding death metal in a debut that is as fiery as it is huge. Disassociation runs at a punchy half hour and the pace is frantic throughout, Throes not allowing any let up in their energy in order to curate a record that feels as weighty and claustrophobic as the urban landscape their music emulates. “Sleepwalking” kicks the record off on downright dastardly drum beats that teeter on the edge of inhumanity, before pulling back to the voice of D.G., which swirls with malevolence and imbues the atmosphere with a tangible grime. Throes are distinctly unpleasant, and Disassociation flies by on outrageously quick pulses of drum (A.C.) and guitars that turn with sickness and disgust (also A.C.), while D.G.’s voice pours scorn across it all in layers of higher register and lower growls that offer differing voices and insanity. Samples are pulled into proceedings at appropriate moments; screams and narration serve to build the tension in the music to a point where it becomes almost painful to experience due to the violent and intense nature of the sounds. Throes are not here to make beautiful music, and the aggression is keenly felt throughout.

“Hellion,” and its far doomier beginnings, allow Throes to showcase a slightly different angle, and its slow, crawling build moves on to increasingly pressured drum inflections that soon burst into life and grab you by the throat. Resistance is entirely futile; Throes cannot, and do not, hold back and this track is an excellent example of hunter/prey stalking. They give small moments to breathe, to stop, to reassess, before pouncing and taking the opportunity to destroy. “Hellion” is certainly a standout on the record and a track that pummels from beginning to end. “Caveat” closes out Disassociation on a ten minute death-enhanced epic that moves from a doomed out start to dissonant elements to raging vocals and back again. It’s a track that burns with intensity at every turn and Throes devour any semblance of safety with each passing moment. There’s a troubling sense of danger running throughout the poisoned veins of this record, and the final track does everything it can to maximize that murky, nasty feeling. The modern age is disgusting, and Throes know it all too well. Disassociation is a promising start for this band, let’s hope for more.

Disassociation will be released at the end of April by Naturmacht Productions/Rain Without End Records and check out “Sleepwalker” below.