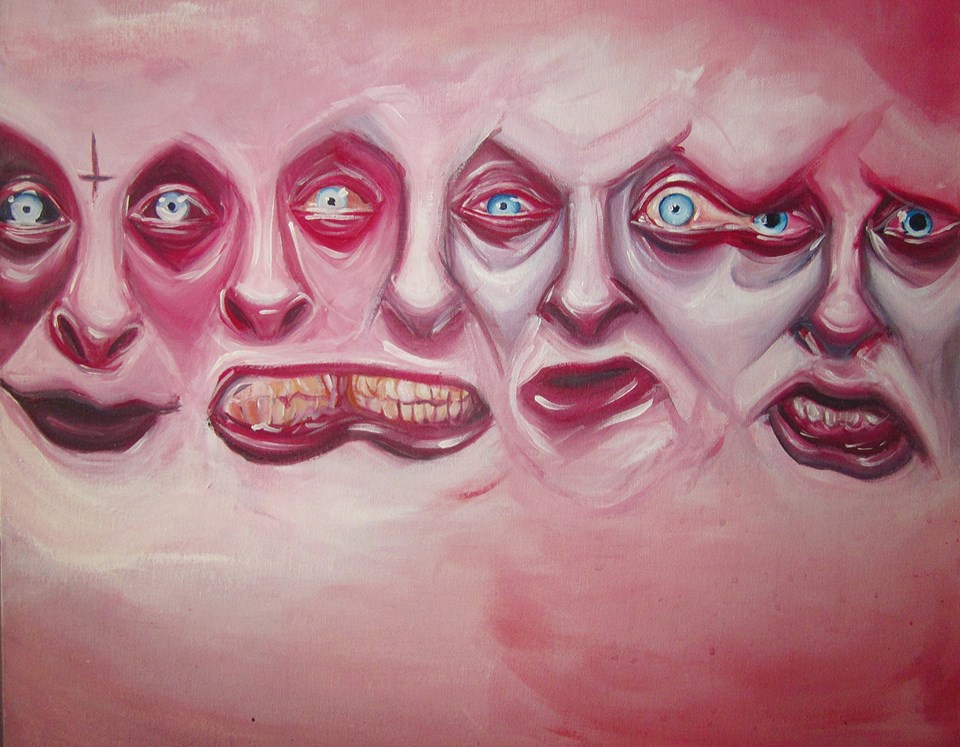 Enter into a ravenous void that is hungry for none other than one’s good moral standing, soul and positivity, and chips and chisels at every fiber of those things within you. In the raging, clamoring and absolutely deafening album from France’s Cult Of Occult, will you find that darkness that you have been powerless in summoning and banishing. Frighteningly, you will not be able to quell this blackness’ thirst; it will consume you from head to toe, and pick you up to slam you down. Very appropriately titled Five Degrees Of Insanity, nothing could prepare your mental state for the retching and swallowing of the tracks swishing and swaying through different veins of bloody, leaking black, death, noise, and sludge. Overflowing into each other are songs that have no remorse or sign of easing up on their beatings. Echoing, vibrating, feedbacking rests with medically psychotic instrumental colossuses, combined with relentless hammering of vocal overlaying terror, makes the perfect evil mood for a band that has a name like Cult Of Occult. Everything is executed extremely well in a very fine sense of the word “extreme.” Mind-boggling screeches and howls of agony and horror make this bludgeoning exhilaratingly painful. Fast pitches and curls of buzz, accompanying swells of drone and breakdowns that could cause TNT to go off create an atmosphere of danger and anxiety.

Truthfully, I can’t say much else about this album, or anything about these songs individually, because no word count can account for what COO is packing in this over 70 minutes of content. Five songs that guide you through five degrees of insanity build and destroy you. This album is definitely on the higher end of the crossover sludge/black spectrum, and will remain a lasting album on my iPod to carry along and blast in my car.

To give you a refresher, we here at CVLT premiered two songs (“Misanthropic” and “Alcoholic“) and they did nothing to disappoint. Crushing and breaching waves of doom into a dismal abyss makes me damn near ready to fall down. Feel free to listen to them again. The creepy atmosphere would be perfect for…I dunno, blowing the rock speakers on your front lawn out as you make small children cry and their parents extremely intimidated and unnerved whilst trick-or-treating at your door on a certain impending holiday.
Let the tears fall, boys, girls, and all you creatures in between.
Let ‘em fall.