“Tattoo is not art”

Although this is no longer the caption line on Valerio Cancellier’s Instagram profile, it was when I started wondering about this article. And, to be honest, I found those four words far more meaningful and explanatory than anything I saw or read about Brutal Black Project – Vice documentary included. I somehow discussed this concept with Mr. Cancellier, but I’d prefer to save what came out for the end of the article.

Instead, let’s start from where Vice’s documentary stopped.

When the video in question first popped up in 2017, it built little bit of a case around BBP. No surprise: the project lent itself to become controversial and sensationalism made the rest, especially in mainstream contexts where unconventional choices and/or forms of expression are stigmatized, rather than investigated. Morbidity grown around BBP led Valerio and his tattooing partner Cammy Stewart to put the project on hiatus and to interrupt any communication with the press.

In fact, almost two years later, the Brutal Black Project is back. We reached Valerio for a chat upon the old and new life of his work and let the godfather of this talked-about project to talk for himself.

Let’s start from the very beginning. How did the idea for Brutal Black come out and how did you build your own conception and style of tattoo?

An aspect that is very important to me, is that everything in my experience of body modification came step by step: I wasn’t allowed to tattoo immediately and I wouldn’t have been given twenty piercing at once, if I asked for. Also, when I started to tattoo I wasn’t given all the trade secrets in a couple of lessons. I wasn’t really taught this job. I had to conquer the right to know more, day by day. This involved also the tribal rules of tattoo, their meaning and so on.
In this sense, my path as a tattoo artist  is parallel to my experience as a tattooed person: it’s not just something related to physical appearance, it’s life experience. And I want to be the protagonist of this experience, I want to feel and face everything it demands, in both roles.

Experience is essential also in Brutal Black Project, that wasn’t born for any other purpose but to tattoo – and tattoo our way. The point is that a tattoo is not a product. Is not a good, is not a work of art. Is not something you buy.
When someone comes for a tattoo, I want to know him/her. I want to understand what he or she wants, not just in terms of an aesthetical result, but also in terms of personal expression and experience.

Concerning my tattooing style, I didn’t invent anything new. I just apply modern technology to ritual tattoo. It’s quite clear that a XIX century tribe, with rudimentary tools, could not possibly obtain this kind of line. And then there’s my own touch, of course.

A lot of the tattoos you realize – also besides BBP – are very extensive and involve very exposed parts of the body, i.e. face.

You see, old-school tattooists normally don’t ink hands, wrists or face, unless the customer has the vast majority of his/her body already inked. For instance, in Italy you can observe this habit amongst tattooists belonging to the Gianmaurizio Fercioni’s heritage. This because of what they assume as an ethical line and an alleged consistency with what they call ‘tradition’. But, hey: look at the tribal rites. Look at the circumstances in which tattoo was born. The very first place where those people get their ritual tattoos is on their face. So….who’s more strictly ‘traditionalist’?

Of course, the first generation of western tattooists used to work in a society that wasn’t very opened about tattoo. If you displayed a tattoo in your face, you simply wouldn’t get a job. People with extensive tattoos were emarginated and often ended up in freak shows. Also, even tattoo artists didn’t have tattoos on their hands or face. But take a look around now: for young people is quite normal to have a small tattoo on their cheek, or under an eye.

Let’s go back to BBP. What can you tell us about your partnership with Cammy Stewart? How did you find this synergy with him?

Cammy and I never really planned anything. We just discovered that we were working in the same way, independently from each other, and that we had very similar experiences as tattooed persons. Like me, he’s pretty extreme in his way of concerning and living this kind of things.

I would say that it all came quite spontaneously. We simply met and started with the project. The first time we needed to set it up a little bit, but with the second session already  we were able to increase the intensity and shorten the duration. What took four, five hours the first time, took just one hour the second. Unbelievable! (laughs)

And how do you find the people who undergo the Brutal Black treatment? [N.d.A.: the interview took place when Valerio and Cammy were about to start a new cycle of BBP sessions]

The first people we met wanted tattoos both by me and by Cammy. Then we’ve been contacted by people who saw the Vice’s documentary. The best experience was in France, where we met someone who is, to me, the true embodimentof BBP. This guy wanted a full bodysuit, which took three sessions in three different days. He had an arm and a part of a leg already inked, but wanted to modify his body in a radical way and in a very short time. The session was very extreme and I want to stress that he didn’t take any drug or alcohol.

Sounds like it was more than “just” a tattoo….almost a rite.

You see, we are used to taking pain as a negative sensation that we must avoid or stop. But tattoo is not pain: it’s a sensation. It’s something you actually want, so it can’t be negative. If you listen to your body you can live an intense, exclusive, personal experience.

And what about BBP now? Are you still on hiatus?

No longer. We’re about to restart the project. And we’re also filming a new documentary, this time by ourselves. It’s going to be 100% our stuff, with new and old material. We’re working with a friend and taking our time, so I still don’t know when it will be ready.

No more Vice, then.

No. At that time, it was that Vice who contacted us and we willingly agreed to be filmed. We had this guy as a guest, a German tattooist who also introduced us to Frankie [the man who’s being tattooed in the video, Ed]. Cammy wasn’t there because he had troubles with his flight, so to be honest it wasn’t even a proper BBP session… but so it went. Yet, the worst thing was that this guest tattooist gave Frankie a heavy dose of opiate and that meant betraying the project. I was furious. Furthermore, the studio was opened, so I had my actual clients in the waiting room, with the Vice crew filming, while I was cursing that guy in a rage. It was clear that his goal was just to overdo and show-off. He doped Frankie to hurt him gratuitously. When you hear me in the video shouting “It’s NOT black!”, well, I’m shouting at him: because he was just breaking Frankie’s skin without even inking it. I tried to stop him, but there was no way.

In the end, I let him do his appointments and said goodbye, I didn’t want to have anything to do with him anymore. I also asked to cut all the scenes in which he appears, but the ones in which you can see me freaking out remained.

So, we had this exciting opportunity to film a documentary and that guy’s behavior fucked everything up. The result was that I couldn’t use the video. I received and still receive an impressive quantity of requests from any Italian TV channel, press and whatsoever that want to do a piece about BBP, but it was never my aim to reach that kind of mainstream audience just to build a case.

I mean, BBP is not what it looks like in the video. We’re not sadist. We’re not here to torture people. More: this way of tattooing is complicated and potentially dangerous, also for the tattooist. It’s incredibly technical, I pay extreme attention every second to what I do. And I’d never, never flip out on a client.

This said, anyone knows his own limit, it’s not us who set where that limit stands. So even when you see people screaming in the documentary, well, it’s not that we’re torturing them because we enjoy that… It’s their own experience, and at the end of the day it’s something that you can get even with a “normal” tattoo. With BBP you can reach that sensation in one hour. And you know what? After people undergo BBP, they feel incredibly relaxed. They feel better than ever for many days.

What happened after that?

To be honest, we went through a very, very negative time. We’ve been attacked by all sides, both for the project and for what happened in the video, which appears quite unclear.

But the echo was incredible. I mean, I’m still giving interviews since then. Even a theater asked for a possible cooperation. And now we’re going to start again and bring BBP all around Europe.

Concerning that “tattoo is not art” quote…what do you think of rockstar-tattooists who’re valued as artists and even exhibit in museums?

A tattooist who pretends to be an artist and whose clients expect a ‘work of art,’ is to be considered a dermographist, not a tattoist. I don’t agree with the idea of exhibiting tattoos as works of art in museums, because in my opinion it betrays the spirit of tattoo: it’s even disrespectful in a way, since we don’t own tattoo as part of our tradition. It’s part of the human heritage, of course, but it’s not something we’re allowed to exhibit at our leisure as a piece of art. If we do so, we’re not so different from the western missionaries who came back from Africa with the severed heads of the so-called savages to display them in cabinets. Moreover, this practice erases the experience and the emotion of the act, which is an essential part of the tattoo itself. 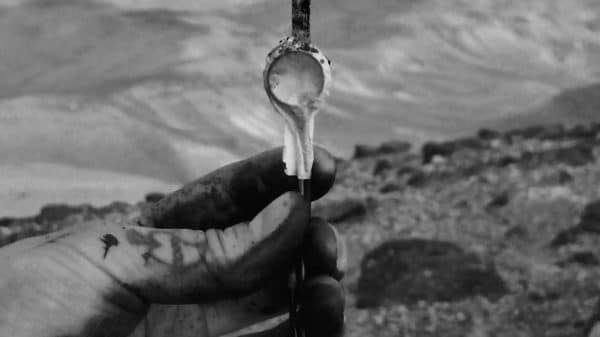