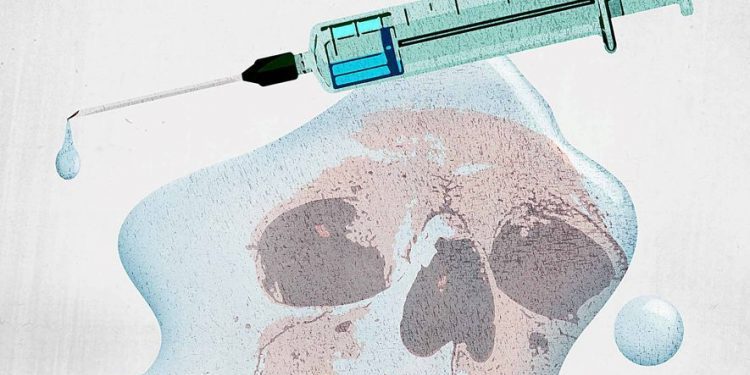 In the Taste the Void articles, we looked at various drugs or addictions. Now we are going to look at the sometimes tragic end game some of them lead to. If you have read the other articles, you might know these are not the views or beliefs of CVLT Nation as a whole. I have a neutral stance on all drugs, despite being sober for over 15 years. I maintain this stance even in light of what inspired me to write this: the death of one of my best friends. While we are going to look at some of the facts and numbers, numbers aren’t going to bring my friend back or stop anyone from dying. What will is creating open discourse and starting a conversation about drug-related deaths. No one wants to talk to me about why my friend died, they want to bury their heads back in the sand. So I am going to talk to you. 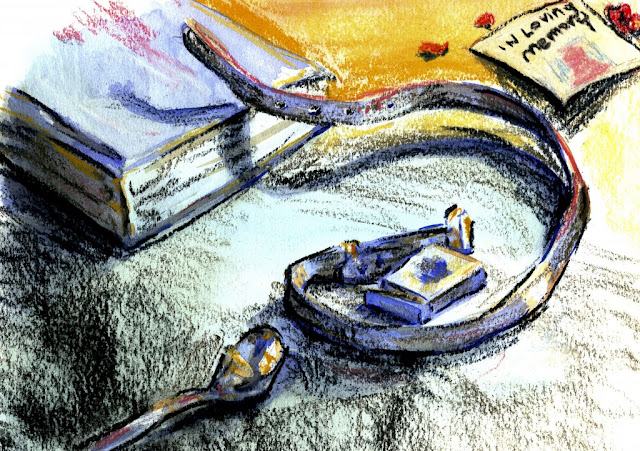 Let’s get the numbers out of the way. If you want to believe anything a government organization has to say in this regard, there were 50,000 drug overdose deaths in the United States in 2015 – which was an all-time high. I would speculate that last year’s numbers are not any better. The world is a tense and uncomfortable place these days, all the more reason to check out. The overdose deaths in America account for one quarter of the annual worldwide deaths, putting the global number around 200,000. Then there is the 44,000 suicide rate in America every year, with a worldwide death toll of a million. So take, let’s say, Kurt Cobain. He committed suicide. So where did his mental illness begin and his addiction end? Here is the gray area. But for the purpose of the article – overdoses – we will return to the mental health question later. 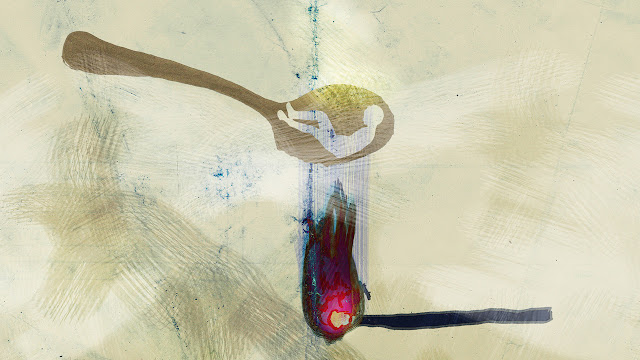 When it comes to the street, heroin overdoses have the highest body count. Though, funny enough, fatally overdosing on heroin alone is close to impossible. It’s combining it with other chemicals that makes it fatal – drinking while using heroin is not an instant death sentence either, though it can be attributed to death by asphyxiation from inhaling one’s own vomit. Drugs like benzos are a common factor in fatalities. Heroin addicts also have a high mortality rate due to poor nutrition and infections from shooting up. It’s actually prescription medication that kills more than the annual death toll of heroin and cocaine combined. With less of a stigma attached to them and the myth they are safer than street drugs, your average suburban American feels better about filling a script than copping dope in the trap. 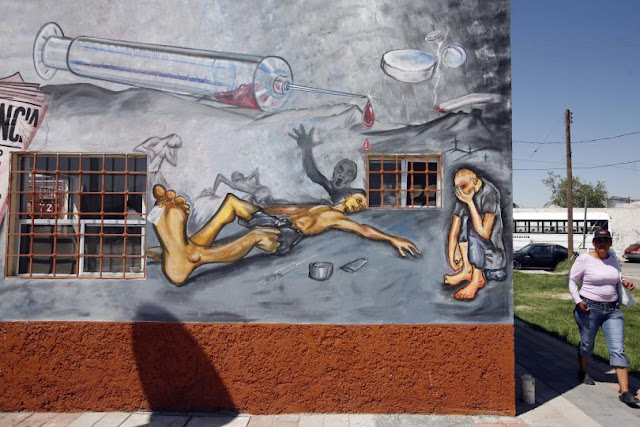 Most overdoses go unnoticed, with only the high profile deaths of actors, or more commonly musicians, coming into the public consciousness. With the death of the famous, we canonize the overdosed. They left us with an idealized, almost fetishized, version of their tragic flaws to immortalize. The tortured artist archetype on the ground floor is not as glamourous. Having been an addict, I get the justification and the fantasy world we build in our minds. I died for a few seconds, three times, never once learning the lesson from it. Instead, I walked out of the hospital fresh out of a 72 hour paper suit feeling more indestructible. Drugs just don’t work for me in regards to what I want for my life now. I don’t see them or their effects as good or bad. I don’t don’t believe in right or wrong, or good or evil – I see things as only effective and ineffective. Even death is something I view with worshipful adoration. The acceptance of someone’s path taking them down this road is what I try to detach my human emotional connection from. I seek to see it as part of a bigger whole. It seems ineffective to be among the living and hide behind silence. 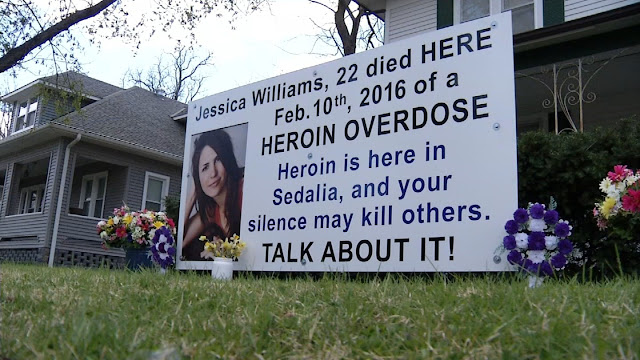 Acceptance would be more freeing. So why the quiet treatment when it comes to drug overdose deaths? On one hand, there is the range of guilt that family and friends have. They wish they did something different instead of feigning ignorance. It is now not bliss. In reality, the only thing they could have done is not enabled. They could have let the addict hit his or her bottom faster and harder. If you have someone in your life heading down this path, and you can’t imagine how you could do that, the Al-Anon family groups are a good place to start. It is likely you probably have a problem with healthy boundaries. I’ve had addicts in and out my life. It’s my belief if you can’t handle someone at their worst, you don’t deserve them at their best. This does not mean you need to forsake healthy boundaries – you have to face the fact that they might be an addict. This acceptance is like you are a “here” marker on a map. If I don’t accept where they are, then I can’t go further in either direction with them.

Returning to the argument that some overdoses are a form of suicide – often the addict finds themselves at a crossroads where the drugs have stopped working, and they are not happy when they are high and not happy when they are not. In my own addiction, it was heartbreaking to realize that chasing the dragon was a myth of my own making. Sometimes this comes with a seduction. Drugs like heroin carry a mystique, despite the often ugly reality. No one finds crack sexy. Cocaine does have a certain sex appeal in powdered form, if we are thinking David Bowie in Berlin. Does it get any more goth than being a beautiful corpse? In a lifestyle that romanticizes this agony, it can be easy to lose sight of the balance and ask when the party’s over. This is not being anti-drug. Do drugs, for all I care. I appreciate the permanent shift of perspective they gave me. That doesn’t mean I choose to ignore the fact that everything ends. I love pumpkin pie. If pumpkin pie was all I ate, and I ate it every time I thought of food, I might die a diabetic death. Here is where someone trying to justify their dysfunction cites Keith Richards or William S Burroughs – heroin success stories. Both live past and presently long enough lives to have made the drugs a moot point. There are mutants. Are you willing to gamble with your life in hopes of having that rare mutant gene? 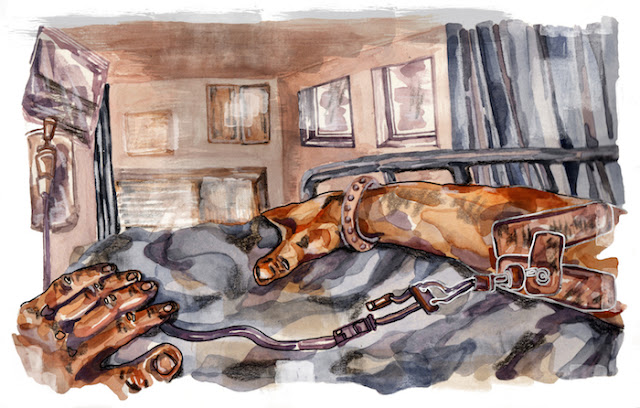 The solution starts on the individual level with the choices people make. Sure, the more rich white kids die in the burbs, the more politicians will take notice. There will always be pill mills, as Big Pharma has legions of high-paid lobbyists to keep the wheels of this money-making machine rolling. Prescription drugs in the suburbs are catching up with heroin as the leading killer. It looks good to cry out about an opioid crisis, but when you turn around and defund mental health, it’s a politicized diversion. Who cares about legislation anyway – when I used drugs, the legality never meant shit to me. It’s a simple case of supply and demand that no amount of regulation can stop. People are going to do what people are going to do. They can either be shining examples or dire warnings. The world isn’t getting any easier to live in and the need to numb out increases. All we are left with is our relationships with ourselves and others. Talking about those who have died, or who might be on the way out, at least opens a dialogue so we can be honest with each other about the paths we are choosing to go down.

Thanks for opening this dialogue with myself and others. If you want to read more about the joys and dangers of drugs, click around and check out our Taste the Void articles.

In this article:death, drugs, heroin, overdoses, taste the void