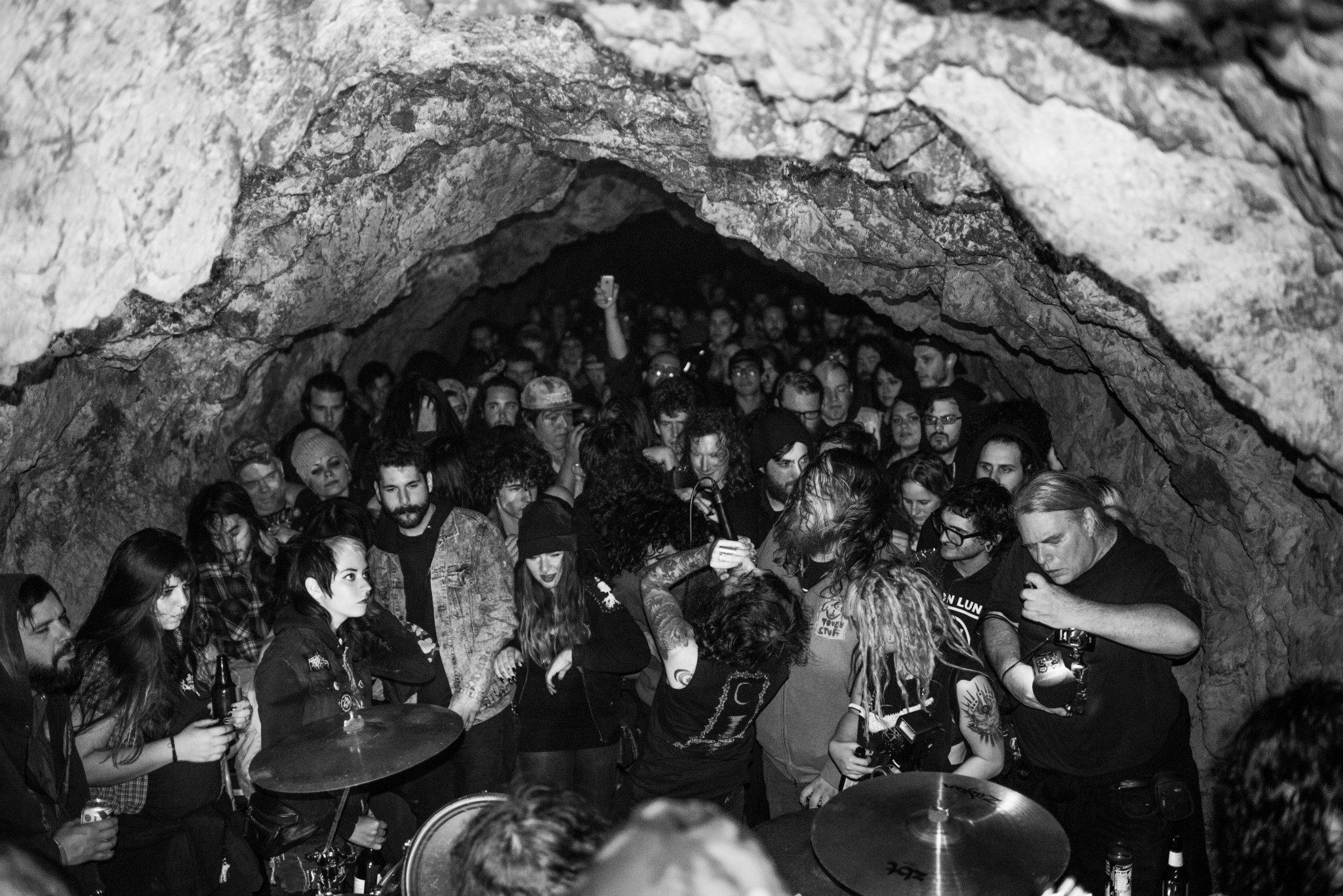 On 8/10/14 in San Francisco (((California))), deep within a haunted cave an evening of cataclysmic doom occurred…

Imagine being lead down a pitch black sandy cave, with an unrelenting thunderous roar of waves crashing into the earth that you stand inside, and having that drowned out by a tunnel of inescapable heaviness. That is what this evening was like. Thanks very much to my friend and fellow videographer, Kevin Hobbs, for capturing the sonic crushing!

Akatharsia opened the show. They are a new band from Oakland, featuring members of Fell Voices & Negative Standards. Their s/t first recording came out earlier this year on Psychic Violence and is getting the vinyl treatment from Econo Jam Records later this year. Forn, from Boston (((Massachusetts))), played second. They are one of the Heaviest bands on the East Coast and this was their first Bay Area show. Their debut, “The Departure of Consciousness, was given the vinyl treatment by Vendetta Records based out of Germany. Folivore, from Santa Cruz (((California))), played third. Folivore is Heavy as fuck and play some of the nastiest Psychedelic Sludge/Doom around. Badr Vogu, from Oakland (((California))), capped off the evening. They just returned to The Bay after touring throughout the United States and this was their final night of tour.