Bands that come onto the scene and completely change the game are few and far between. The ones that continue to do so throughout their career, seemingly throwing elitist metal fetishism a different curveball with every release, are almost unheard of. No matter what one may think in regards to their music, it remains clear that Agalloch fit the second descriptor. Marrow of the Spirit and The Mantle were two of the first black metal records I ever picked up, and the same post rock and neofolk elements that have made the Portland quartet so divisive over the years were initially what appealed to me about them; while often compared with other “Cascadian” outfits, it’s always seemed as though Agalloch explore a different, untouched side of the black metal ether. That confidence and innovation transfers seamlessly over into their live performance, which CVLT Nation captured last Wednesday at The Crocodile in Seattle, WA. Check out our live review and photoset below… Prior to this show, I hadn’t heard a single composition from Alison Chelsey, the solo cellist behind Los Angeles’ Helen Money. Friends and bands all around town had been namedropping the group and singing praise, but rather than sit down and listen to a record, I decided to wait for the date with Agalloch to get a more effective first impression. I was expecting some black metal-tinged atmospherics in the vein of They Escaped the Weight of Darkness, and what I got was something entirely different: Helen Money, more than any artist I’ve seen, truly pushes the boundaries of what a cello can do and produces an elaborate avant/noise formula that shouldn’t be underestimated.

The show began with the feedback loops of Rift, which sneak up on the listener and ease the track into an array of staccato power chords and immense bass lines. The colors projected on the constellation map hanging behind Chelsey’s slight, thrashing figure slowly shifted from deep red and orange to bright purple and green, as the set formed a hypnotic soundtrack to some otherworldly fantasy: the perfect introduction to whatever unnamed realm Agalloch inhabits. The most interesting feature of Helen Money’s live performance is the ease at which Chelsey’s compositions shift between the two poles of vulnerability and harshness. The infectious, authentic drum programming on Beautiful Friends and Radio Recorders turns the tracks into headbangers, plain and simple – and a lone live, distorted cello possesses just as much power as any noise or doom outfit. Yet in both songs lie pockets of dissonant, unassuming riffs, the sheer weirdness of which makes them incredibly stark and unapologetic. Between this dichotomy and the soft, personal greetings Chelsey grants the crowd between tracks, the whole performance comes off as simultaneously heavy and disarming.

Agalloch have a knack for playing with openers from left field, and intentionally so; in a recent interview with Heathen Harvest they mused over the relationship between provocation and compliment that an unconventional warmup act can provide. Chelsey took us out of our comfort zone, but certainly for the better. If the screaming audience at the Crocodile or the horde lined up to buy merch after the show were any indication, Helen Money is the band to warm the heart of every jaded metal fan. One of Agalloch’s strongest suits has always been cultivating an atmosphere and effective presentation for their craft, and the live shows are no exception: the haunting intro serpens caput plays over the PA as the room fills with fog, the new record’s trademark ouroboros covers everything in sight, and as the band enters, John Haughm lights incense on two wooden altars at either side of the stage. Even Haughm’s semi-hollow body guitar, and the sense of ceremony and tradition he brings with him to the stage, seem inherently woodsy. It’s as a friend put it to me a few days after the show: you can tell Agalloch is from the Northwest. And as soon as the band flickered to life with the enveloping first chords of The Astral Dialogue, the second defining aspect of the live show came to light – Agalloch are so fucking tight. Granted, this site is a fervent promoter of raw, sloppy black metal, but what made The Serpent and the Sphere so special was its incredible musicianship and a production job that was able to highlight every instrument, while at the same time bringing them all together into one tremendous whole. One need only listen sixty seconds into the album’s opener Birth and Death of the Pillars of Creation to hear it: the acoustic and electric guitars are perfectly mixed and the tom hits, washed in reverb, sound like they’re coming from outer space. With such a hefty artistic product to live up to, it’s satisfying to see a live show that lives up to its promised technicality and achieves every bell and whistle demonstrated on the album itself. Yes, Agalloch are, without question, rock stars. The theatrical elements are all there: the neon lights, the disco ball, the chants and raised horns. Critics be damned, this band is admirable since they’re not afraid to progress and let their music stand alone without the guise of some cliché “kvlt” image. Agalloch never tried to be something, they just are, and that makes them impossible to tie down to any certain subcategory of metal. They write genuine hits, and it makes their music far more accessible to people outside the metal scene, tearing down the language barrier of sorts between black metal and other genres. More important, however, is the sheer sense of triumph and passion Agalloch performs with. Guitarist Don Anderson alone is a spectacle to watch, mouthing lyrics, moving constantly, and fist bumping fans between riffs. Yet no matter how far Agalloch have come, and how much their songwriting style has progressed, the emotion and meaning of the old tracks from The Mantle and Ashes Against the Grain remain as potent as ever. The soaring high of Limbs and the sorrowful depths of …And The Great Cold Death Of The Earth were two of the set’s brightest moments, with Haughm’s grim rasps complementing perfectly the rare, strikingly human clean vocal breaks. The Agalloch we see today is a sharply changed project from the band we knew ten years ago, but there’s a lasting power entombed in those old songs that shows no signs of fading with time. Many thanks to Alison, who let me bother her for Helen Money’s setlist. \m/ 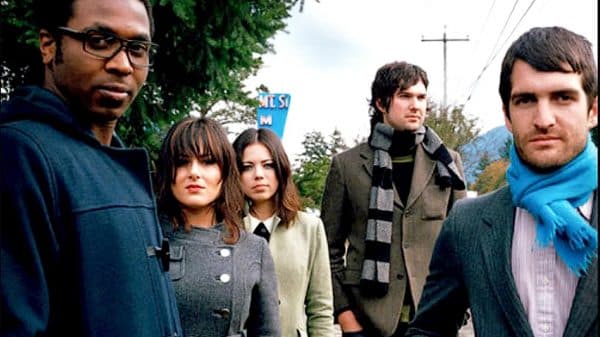 Give Them Their Black Roses! This Is My Letter To PRETTY GIRLS MAKE GRAVES

This is a love letter to one of my favorite bands of all time: PRETTY GIRLS MAKE GRAVES. I moved to Seattle around the...