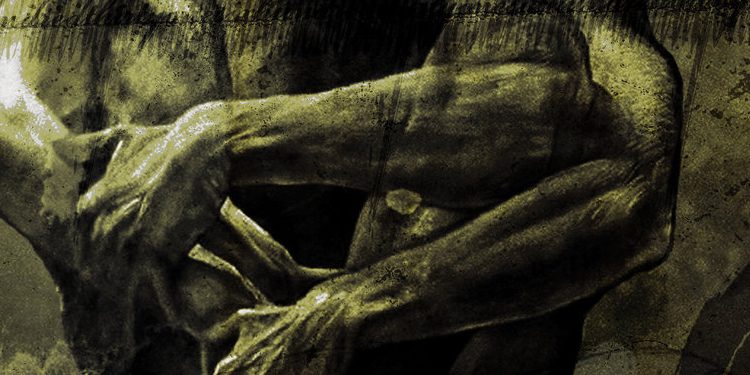 Maybe it’s just me, but it feels as if the metalcore spirit of decades past is gleefully haunting us once again. I’m sure some of you may read the term “metalcore” and consider it a genre slur of sorts, especially in relation to its early-mid aughts strains. If you do, I could tell you that this band is not for you, but then you’d miss out on the wholesome heaviness that Sanction’s music contains. To wit, Sanction are heavy with a purpose, a desire to resurrect a bygone sound, versus bands that are heavy out of stylistic need. On their last EP, With Blood Left Uncleansed this Long Island quintet unchained a vicious metalcore EP blessed with an uncanny sense of serrated melody and crushing admiration for the acts of yore. Sanction, as an entity, are as unapologetic as their sound, declaring with pride and humor on social media their adherence to the teachings of metalcore and deathcore (gasp!) There it is, another alleged slur. To be fair, a considerable amount of the assembly line of disposable music considered deathcore is, to be succinct, trash. Yet every genre has its roots where artistic integrity took precedence over contractual fulfillment and yes, even deathcore had such a moment. These early moments included Suicide Silence’s self-titled debut, Job for a Cowboy’s Doom, Elysia’s Masochist and even the Nickelback of heavy music, Emmure, had their early decency. Throughout these releases, each a decade or more old at this point, there were passages of brilliance that the metalcore genre on its own had yet to mine. While much of those bands’ later discographies went to shit, we now have younger bands digging into those earlier entries for what made them best; a raw yet articulate sound with a goal to be as brutal as inhumanely possible. Sanction’s second EP, The Infringement of God’s Plan is such a work, calling upon the best of those aforementioned bands in addition to On Broken Wings, 7 Angels 7 Plagues and Martyr A.D. among even earlier bands. The cover art, reminiscent of Martyr A.D.’s On Earth As It Is In Hell (among others), serves as the perfect introduction to Sanction’s fresh yet throwback sound spread throughout the EP’s seven tracks. “(1)The Prophet Who Saw Fire” presents wave after wave of breakdown, each attempting to outdo the last with increasing potency. Replete with downtuned guitars that are as melodic as they are bone-breaking, the first track is a bombastic tone setter. Infringement… plays like the missing link between metalcore and deathcore, the prime example being death metal’s low rumble moving in tandem with punk’s riding snare throughout the earlier half of “(2)Sixhundredthirtyone.” “(3)Fixated Upon a Figure” displays those characteristics in full force; a vocal pairing parts both snarl and growl, pitched, brooding chuggery that gives way under the weight of its breakdowns and a spacious snare tempered with urgency. The title track is towering as it rises and falls with calculated malice, a mid-tempo drawing and quartering that’s sure to fracture a skull or two live. To further that sentiment, the track contains a sample of what could only be people being murdered before it explodes with lavish, affectionately-crafted violence.

A fitted sports hat, a pair of gauged ears and ten years ago, a slow, murderous breakdown was the stuff that brought the hardest of moshes. For this kind of music, that kind of unbridled physicality is conducive to the best of live sets and Sanction, from a songwriting standpoint, gets that. There is a longing that permeates Sanction’s releases, a bittersweet, bloodthirsty tone that calls to mind classic bands, doing so with reverence rather than imitation, creating a sound all their own. The Infringement of God’s Plan shows no mercy, a collection presenting a band succeeding where others failed and continuing from where their predecessors triumphed.

The Infringement of God’s Plan is available now on limited CD from Reconsider Records and digitally on Sanction’s Bandcamp. Catch Sanction on tour now with Vein and Buried Dreams. See original flyer and revised dates below. In this article:deathcore, metalcore, Reconsider Records, Sanction, The Infringement of God's Plan 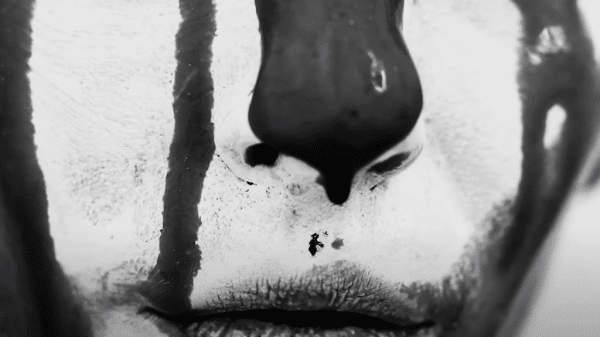 We’re living at a time none of us will forget. I’ve been reflecting on how the people I’ve lost in recent years are actually...