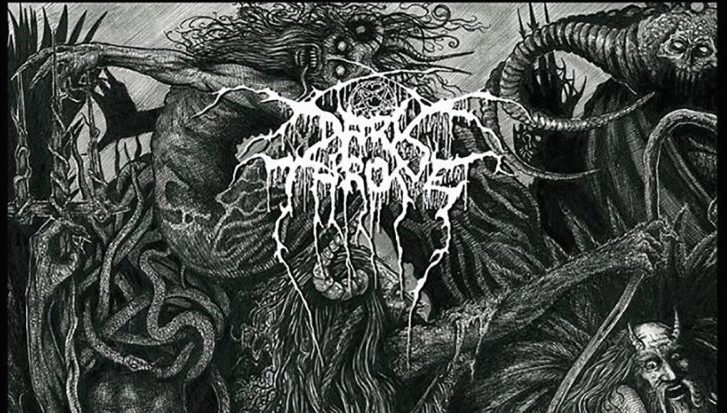 On a site such as this the band listed above should really need no introduction. But for those who clumsily fell upon this review welcome! This is going to be a long one, so grab a cold one and let’s get to work.

Darkthrone are THE quintessential (that’s right I said it) Norwegian Black Metal band. I’m sure that there will be some pretentious troll that will argue my point but I really don’t care.

Old Star is the 17th studio album from the titans of black metal once again showcasing why they are such a strong presence in the metal community. Darkthrone from its inception was never focused on the violent, primitive drama that the other bands in the scene seemed to focus on. Instead they focused on their sound which melded frigid tremolos, and wretched howls make each release ooze evil.

What I continue to absolutely love about these two masterminds is the ability to evolve their sound, and apply their influences but still pay tribute to their original sound.

Before sitting down and relentlessly critiquing this new album and not giving it the respect it deservest, go take a listen to the catalog of songs curated by Fenriz on Spotify. This playlist has the all the pieces that allow me to totally understand the formula Darkthrone present in Old Star.

There is so much going on in this album and I love every minute of it. Smatterings of black metal, doom, death, classic heavy metal, and crust punk flawlessly come together to form a fun, brutal, melancholic slab of metal.

“I Muffled Your Inner Choir” starts off fast as ripping tremolo’s slither around Nocturno’s wailing vocals. This song echos A Blaze in the Northern Sky with its blurred line between black and death metal, eventually slowing into a nice nasty dare I say “tasty” doom riff.

We then move to “The Hardship of the Scots” a knuckle dragging, doom infused slab that will bring any casual metal head to a rhythmic head banging. This song will get addicting, as again Darkthrone switches up the tempo about half way again straddling a line this time with doom and black metal. “Old Star” is another blackened doom opus leading into “Alp Man” again throwing it back to the Blaze era darkthrone with a mid-tempo Black Metal romp.

Finally we come to the “Duke of Gloat” as the album makes its descent. It’s my favorite track on the album as it is a spastic, bitter classic to the nod to the that infamous early black metal. The album closer “The Key is Inside the Wall” ebbs and flows slowing things down only to bring in a more crusty, Motörhead inspired anthem back down to their new doom sound.

Overall Darkthrone again blew me away. I have to admit that I am a bit biased as these guys are by far one of my favorite bands, but this album is one of two things; it reflects a band who stay true to the metal genre and don’t conform to what anyone wants them to be. They also meticulously craft their music blending all their influences all while sustaining their original sound.

The production on the album is perfect. It’s what one would expect for a black metal album, without the emphasis of recording with a shitty mic, in an abandoned cavern. Their addition to doom transitions well with the production adding a little more bass and thickness to the otherwise cold sound.

The album work is also great. It reflects the overarching message of the album. A sound that can be upbeat, but still weep evil and carry out the message of Darkthrone. One of worshiping Satan, embracing darkness, and ravishing grimness (I had to do at least once…or twice). Enjoy!!