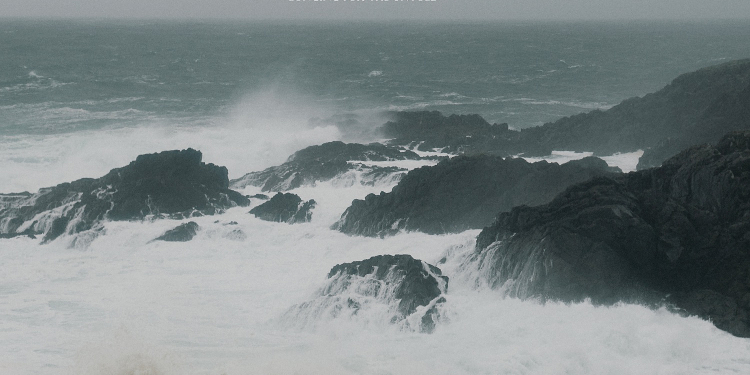 Back in March the release on CD in Europe of Spanish black/death enigma Aversio Humanitatis‘ monstrous new mini album Longing for the Untold went completely unnoticed over here. We fucked up once, but we got a second chance and won’t fuck up this time and overlook this again. Today Sentient Ruin has re-released this insanely destructive mini album on vinyl and tape here in the US, remastered, re-packaged it with alternate artwork, and enhanced with three bonus tracks from past splits, to bring back under the spotlight one of the truly most monstrous, mesmerizing and awe-inducing black metal releases of the year. Don’t believe us? Just press play on the player below and watch your flesh disintegrate in its otherworldly wake of destruction…

So what are we dealing with here exactly? Black metal of an otherworldly nature…forged in the most remote realms of darkness, with nothing human recognizable in it. Monstrous in its technically intimidating ambition and imposing in its staggering majesty. Long,  enveloping black hole-sized songs that snake in and out darkness leaving the listener stranded as a mere bystander as this insane ritual from another world takes place before their ears. Sentient Ruin claims this band from Madrid sounds like the alienating and twisted craft of Icelandic black metal bands like Zhrine, Svartidauði, Misþyrming etc. colliding with the wretched majesty of experimental black metal bands like Skáphe, and Deathspell Omega, and the crushing force of dark death metal bands like Ulcerate, Abyssal, and Gorgets. Perhaps this is true, but it’s more likely that every listener will hear something different in this shapeshifting monster – a true beast of modern black/death metal that defies any possible classifications or descriptions. Get black and or white vinyl, tapes (exclusive to the US), and digital downloads from Sentient Ruin’s store or Bandcamp. Vinyl can also be acquired in Europe from Blackseed Productions.