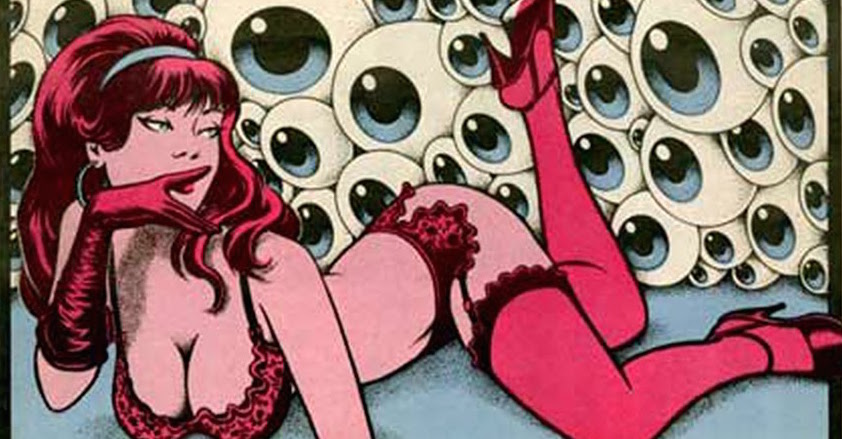 Growing up in Venice Beach during the early 70’s, I saw some freaky shit from being surrounded by drug addicts, street artist, bikers, nudists and freaked-out hippies. Counter culture was was just our normal culture – nothing weird or different, just the shit we were exposed to. I can’t tell you how old I was when I saw my first issue of SCREW – I think I was around 8 or 9. What drew me in more then the naked women inside was the cover that many times was illustrated by the likes of Robert Crumb, Spain Rodriguez, Milton Night and Paul Kirchner. This sex paper was founded in 1968 by Al Goldstein and carved its own lane in the world of underground smut. Today CVLT Nation wants to shine a light on the art work of SCREW. To find out more about Al Goldstein, who lived a very colorful life, head over to Transverse Alchemy to read a feature they did about him and his magazine!

When Screw first hit the newstands the American legal system was embroiled in a battle over what constitutes obscenity.  During the magazine’s first three years Goldstein was arrested 19 times on obscenity charges and had to spend millions defending himself; he ultimately scored a major victory in 1974 when a federal judge threw out an obscenity case brought against him.

by Oliver Sheppard Christopher “Ilth” Erickson has sung for Chicago punk bands like the Functional Blackouts and Daily Void; the latter was a band...