Shi'ite Muslims march on streets with swords during Ashura procession in downtown Manama, Bahrain, October 24, 2015. Ashura, the most important day in the Shi'ite calendar, commemorates the death of Imam Hussein, grandson of the Prophet Mohammad, in the seventh century battle of Kerbala. REUTERS/Hamad I Mohammed - RTX1SZMQ

The holy Day of Ashura festival sees millions of Muslim men and boys around the world take part in the dramatic ceremony.

It is held to mourn the death of the Prophet Mohammed’s grandson, Imam Husayn, in 680 AD, during the Battle of Karbala.

The 10-day festival is observed by both Sunni and Shia sects, although self-harm is discouraged by some Shia leaders who say it creates a negative image of Islam.

Shocking images from this year’s ritual show streets in Iraq soaked with blood and youngsters posing with knives, spears and chains.

The worshippers’ white robes are splattered with blood and many have open wounds on the tops of their heads.

Those not carrying out the brutal acts slap their chests, chant, and act in street plays. It is also common to combine the rituals with a pilgrimage to the Mashhad al-Husyn in Iraq, which is thought to be the resting place of the Prophet’s grandson.

Afghanistan, Iran, Iraq, Lebanon, Bahrain and Pakistan mark the day of Ashura as a public holiday, although it was banned under Saddam Hussein’s rule.

But the annual ceremony is also often targeted by Islamic extremists, and this year is no exception. A series of blasts targeting Shia Muslims in Dhaka killed at least one person and wounded dozens more earlier today, as they gathered for a procession in the old part of the Bangladesh capital to mark the holy day.

Police cordoned off the area and were investigating the blasts, which they said were caused by improvised explosive devices. It was unclear who carried out the attack.

The culture of mankind has from its earliest stirrings been dominated by the interplay between sex and death, creating representations ridiculous and sublime, determined... 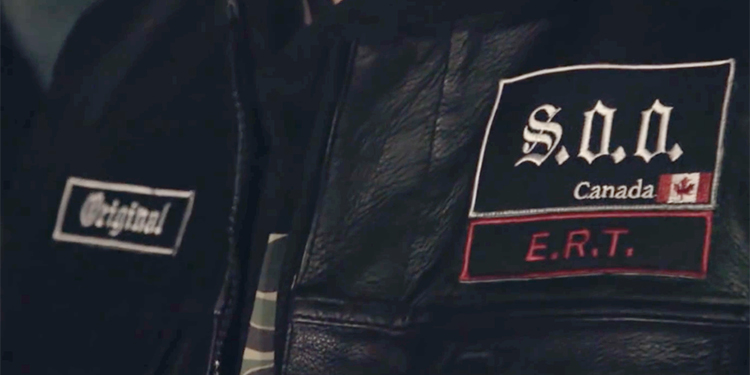 The Soldiers of Odin: Inside Canada’s Extremist Vigilante Group

It can be shamefully easy up here in Canada to sit back and watch the antics to the South, feeling safe an secure in...

HARAM – What Do You See? ALBUM REVIEW + Full Set

Haram’s debut EP What Do You See? is out now on Toxic State Records and it’s even angrier and grittier than their demo! Punk is very...