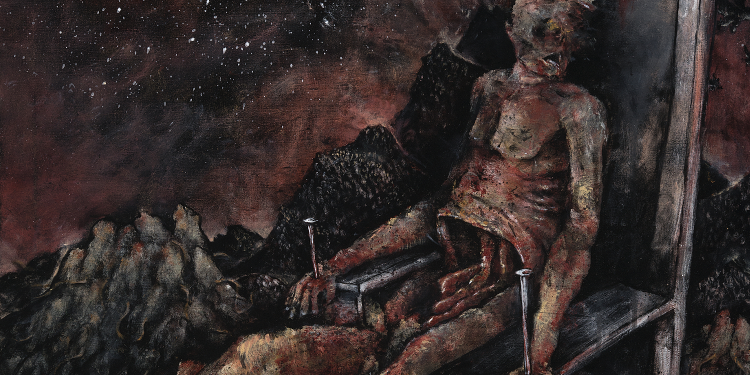 Tomorrow Sentient Ruin (US) and Rope Or Guillotine (EU) will unleash the horrifying debut LP from Vancouver, BC-based sludge-doom sewer lords NIGHTFUCKER. Why is this newsworthy, may you ask? For two reasons: first of all, it may just be hands down the sludge album of the year (more on this below), but mostly, it represents the return to tape of Dominic Finbow, the legendary guitarist of UK occult extreme doom icons MOSS, who’ve been disbanded and inactive for quite some years now. It is just an absolute pleasure to hear Finbow summon his six-string sloth-like terror again, and all we can say is that Nightfucker is the best continuation of his vision and sound that we could have ever hoped for. Listen on….

Furthermore, Nightfucker is rounded out by a lineup of heavy hitters that may make this band the most weaponized sonic abhorrence yet: on drums and bass in fact we find Nick and Adam, two individuals spawned from the infamous Vancouver, BC war metal scene – from war metal scum-cults Radioactive Vomit, Deathwinds, and Ceremonial Bloodbath to be exact. Needless to say, you’re in for one helluva monster of a sludge-doom record packed with the most antagonist and hostile intents ever.

Onward into the music, which today we’re stoked to unveil exclusively for the first time in full as we bring you the full stream of the entire LP. We’re talking about one of the most agonizing and fucking miserable aural monoliths to torment and suffering anyone’s ever had the sickness to fathom. Humongous mummified riffs moving at the sloth pace of a slowly advancing and life-consuming cancer, tortured vocals choked in disease and agony, mountains of scum-ridded feedback, and a general approach to songwriting solely aimed at emphasizing the complete dehumanization and degradation of every fucking possible sphere of existence. If you’ve ever been hooked on shit like Eyehategod, Grief, Noothgrush, Corrupted, and of course Moss, the new holy grail in the genre has just been birthed, and it’s a chalice full of rotting fucking scum and misery for everyone to feast on. 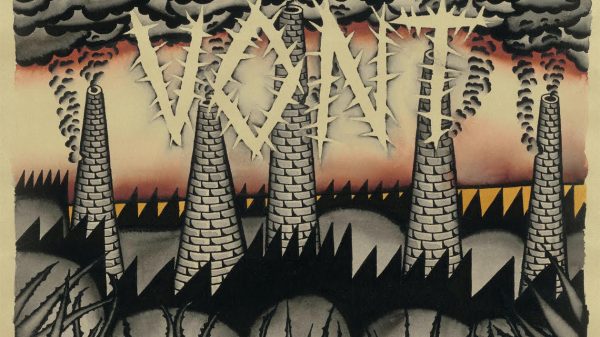