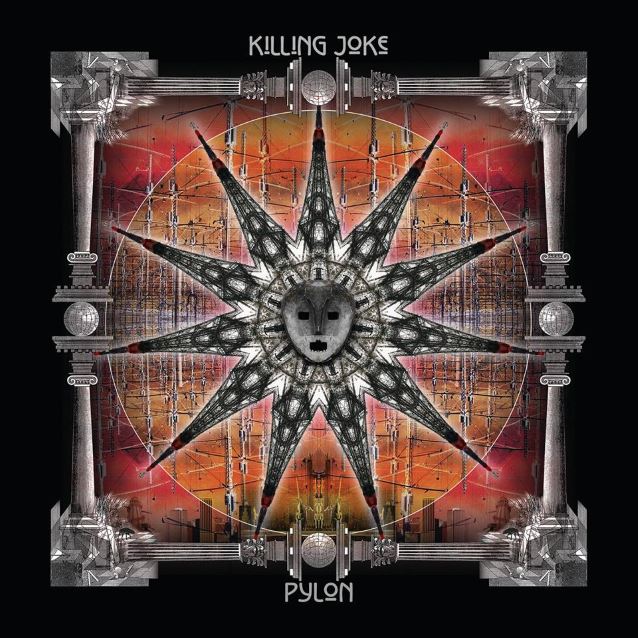 It’s been three years since we heard the ancient maw of KILLING JOKE open up to unload another guttural roar, but at long last, here it is. Killing Joke’s Pylon is all over the map, pulling from almost every genre the band has explored over their past 15 albums and 37 years together, and luckily they left all hints of the stuff we didn’t like behind. It’s a return to the heavy, pummelling days, and I can say for certain you won’t be hearing this on prime time radio. This is yet another ode to brooding, anger and the will to freedom, and it’ll be out on October 23rd on none other than Spinefarm Records, alongside their announcement for another US tour early next year!

The first track rumbles in with heavy synth and disembodied chanting before crashing into a classic pounding riff that defines the band, adding an erie string of melody that screeches over the cacophony for good measure while the matter-of-fact belting vocals echo over the landscape created by their heroic vastness. ‘Dawn of the Hive’ wastes no time by chugging in a palm muted primitive metal lick that Amebix has become so well known for admittedly being influenced by, then into a dark ether with the judicious use of effects for the industrial fortitude that it exits with. ‘New Cold War’ is not only an instant favourite, but could be right off Killing Joke’s second album. They make intelligent use of sparseness to set the scene for their epic about the current climate in the political sphere, and although it wasn’t recorded yesterday, they couldn’t be more on point, bringing up the subject as the US and Russia plunge into yet another proxy war in Syria as we speak.

There’s a few less aggressive but melancholy tracks that make you want to cry into your skrying mirror and look at pictures of your ex, as opposed to ‘Into The Unknown’ which grabs you by the throat and punches thick guitar tones into your heart that’s still bleeding from when Bauhaus broke up. The rest of the album spins with 4AD-style gloomy ephemera and O.G. industrial that eschews the bleeps and bloops of electronica, all while maintaining their stance against oppression and speaking to the current evil age of intolerance. They’ve got a lot to say about these modern times.

In short, if you’re new to the band this album is a great place to start, as it’s one of their finest and will go down in history with the greats. And if you’re a long time fan, welcome home.