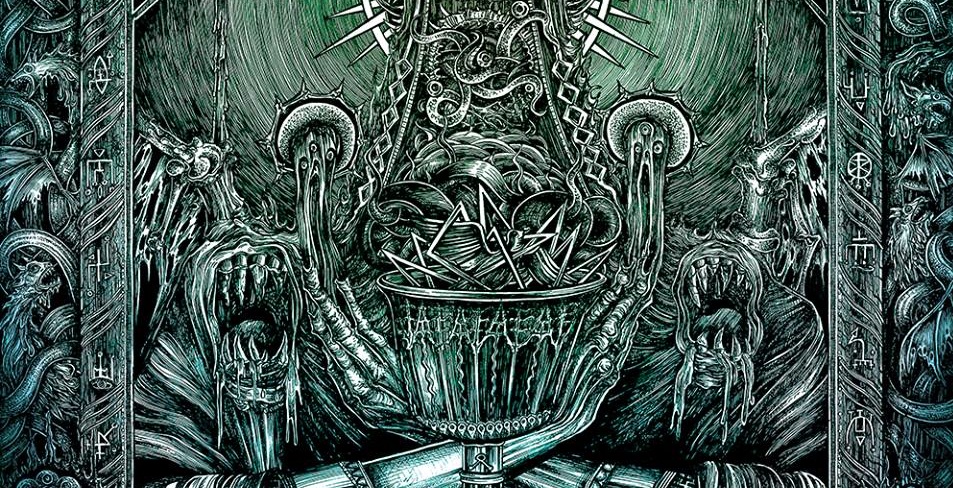 Oh my Satan! Who can be more necro than Necro-fuckin-wretch? Al Necro digs Necrowretch. Call me a necrowretch right now, fuckers! Whatever the hell that is! What about a monkey wrench? I sure need one. I got my screws loose after headbangin to Necrowretch’s latest, With Serpents Scourge. Get this or miss out on the ride of your life. #nowplaying in my head!

Dudes, somebody bury me in the ground right now coz I might have just passed over to the other side. Looks like there are fires spitting out of the ground. That can’t be right! It’s supposed to be a raging inferno down here. Fortunately, I still have Necrowretch’s CD, so I can turn this lame-duck poop party into death metal heaven. The death metal is top-notch on With Serpents Scourge. I don’t know how the guys will pull this off live. A million miles an hour on every track.? Check. Sixth-string shreds? Extra-large check. Necrowretch have never sounded better. Putrid Death Sorcery sort of whizzed by me. I have to admit, I liked their demos and EPs more. With Serpents Scourge doesn’t disappoint. The tempos change like the boa constrictor slithering down Jennifer Lawrence on her cover shoot. They usually start off with some ringing notes, then blast off into the death metal canon. With Serpents Scourge puts you in the front seat of the preeminent death metal elite. It finally puts the arguments to rest. If Putrid Death Sorcery didn’t whip your ass, this Wretch does within moments of the mercifully short intro track.

Expect sixth-string shredding in full force. It’s always been a signature for the Wretch. The shredding makes me think guitarist/vocalist Vlad has a wrist made of rubber. Expect blasting with full force. With Serpents Scourge features a little Impiety violence mixed in with catchy riffs and triple hit hi hat patterns, while blasting like the band are trying to outrun Usain Bolt for the finish line.

No matter how similar the song structures, you won’t tire of this, guys! The riffs never go stale. I think Necrowretch just decided to kick all our asses on With Serpents Scourge…no one excluded! I got soul-raped like I heard my first death metal record after having been incarcerated in a Justin Bieber concert for twenty five years.

They’ve got a formula, and they execute it like a chiropractor doing a public hanging. Necrowretch sound as cvltastic as ever. Forget doom for a while and jump into the moshpit. I’ve got my headstone handy for a visit to Necrowretch’s With Serpents Tour in the summer. Meanwhile, dig this, fiends, and follow the stench…to Necrowretch!