In many ways, albums can be compared to journeys; travels beyond reality and time that are able to make you see beyond truth. Nebelung’s latest album is certainly one of these rare albums which, for its duration, forces you to leave your consciousness behind and set out to a sonic trip of unimaginable splendor. So in Palingenesis, which loosely translates “rebirth” – a concept deeply rooted within philosophy and religion – Nebelung return to haunt you with their dusky melodies and sorrowful ambiances.

With acoustic guitars as the spine of their music, Nebelung set forth on this neoclassical, dark folk tribute to melancholy. As Palingenesis unfolds, it unleashes waves of despair at the listener, setting a dim mood as their minimalistic instrumentation emerges from the gloomiest corners of the human soul. The beautiful passages of “Mittwinter” make you lose yourself within Nebelung‘s saddening concept, and the very subtle vocals offer little solace from the pain.

But what is the key to this album is the depths to which Nebelung are willing to go with their music. Through the forty minutes of the album, there is no moment when you will find the band messing around with something different; they are constantly focused on what they are doing, not letting you escape this hypnotizing offering. That is the main point that makes Palingenesis stand out, with the band’s neo folk spirit able to transcend their previous ideas and structures. It is almost as if Nebelung are slaves to their own creation and their sole duty is for them to perform the tracks, no matter how painful that might be.

The mesmerizing voyage carries on with “Polaris”, as the repetitive motifs of the band unfold. The way that Nebelung bend their repetitive patterns is quite stunning; instead of tiring you, they offer a soothing and enthralling quality in their sounds. And when the beautiful passages and intriguing cello of “Nachtgewalit” come in, they further drown you into the depths of despair, as the world around you seems to vanish before your eyes, leaving only the music, as “Aufgang” pushes the knife further into your wound with its moving melodies.

Still the moment that definitely stands out is the longest song of the album, “Wandlung”. Spanning over fourteen minutes, it contains everything that makes Nebelung such an interesting and emotional band. From the beginning with the rain sample, the band builds anticipation, while the repetitive patterns that soon follow do not allow you to settle.  And as the song further develops and new concepts and structures arise from the darkness, you are left in awe of what Nebelung is capable of creating. The lead melody at about 11.30 is seriously sick and twisted. Finally everything fades away with “Innerlichkeit,” ending the album on a highly dramatic note, and even though the song picks up the pace at about 4.30 it still sounds as heartbreaking as the rest of the album, if not more…

The emotion and feeling of Palingenesis are far beyond this world. The manner with which Nebelung pull together all these transpiring melodies and awakens a dark ambiance is striking. If you are looking for an album that can bring you to your lowest point, then you need look no further. Palingenesis is filled with despair and anguish and you will not be able to stop listening to it. 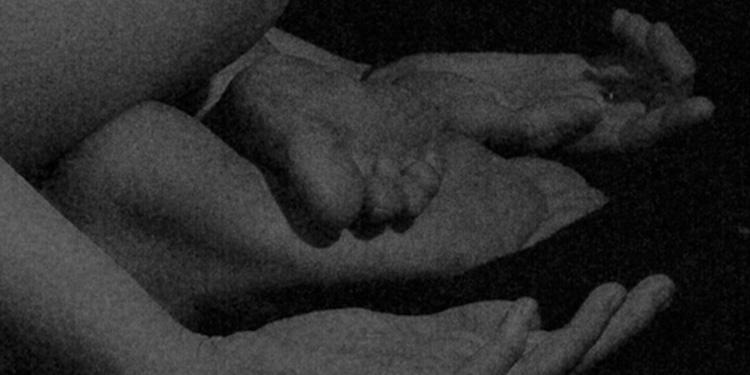 Today we’re very happy to be sharing an album that will be shredding the skin from your unsuspecting flesh as soon as you hit...