Last week, we premiered CHIEF GHOUL’s video for “Take My Hand” off his self-released forthcoming album 1892, and I promised that we’d be bringing you a full stream of the album soon. Well, that day has arrived, and today I’m really happy to share 1892 with you in full! I just spent the weekend immersed in death and black metal at Covenant Fest, and these sweet sounds are just what I need to rejuvenate my pulpy, beaten-down brain. Chief Ghoul’s voice cuts to my soul and bares my sorrows to the world. Listening to 1892 is a cathartic experience for me – some music allows me to send my sadness to the universe, and that’s what I feel happening when I listen to this album. On July 17th, 1892 will be released on all your favorite streaming platforms, so make sure to save that date – but for now you heard it first on CVLT Nation! Check out a brief interview with Chief Ghoul by Benjamin Kaye below.

Lee Miles is not Chief Ghoul. The Louisville, Kentucky native is the musician who plays the chords and sings the tunes, true, but the words that come through him emanate from something else entirely, a creature of darkness that haunts between the static of black-and-white horror films. This phantom has been wrapping itself around Miles’ guitar for the better part of a decade, but it is only now, in the notes of the project’s latest material, that Chief Ghoul has been given full form.

For years, Miles has allowed this demiurgic spirit to control his pen through a practice of automatic writing. His process involves hitting upon a theme — say, the love-as-a-monster analogy of “Creature” or the inevitable atavism of society in “The Tides” — and letting Chief Ghoul take over. Macabre metaphors of horned beasts of Babylon (“Fireball”) or nests of vipers (“Master”) became the conduits to convey tales of destructive attraction, religion’s deficiencies, and even the care of a good friend.

While the lyrics kept coming, Miles’ desire to commit them to music was being driven out of him by the very nature of the studio. Although he remains proud of past efforts like III, Damned, and Songs from the Dusk, their sound had gotten away from what he’d originally envisioned for Chief Ghoul.

“I think it may have been a misunderstanding of what I wanted to do,” Miles reckons. “I think the first album I did, I was like, ‘I want it to be folky, lo-fi. And I’m into metal and punk and hardcore, so I want there to be some influence from that.’ At the time I recorded that, Black Keys were huge, so we added some grungy vocals and dirty guitar tracks. It just kind of went too far in the other albums.”

Being unable to realize the sound in his mind grew frustrating. “I got to the point where I wasn’t sure I was going to do this anymore,” he says. Yet Chief Ghoul’s thirst for creation still deviled Miles, so in an attempt to satiate the specter one last time, he tried a new strategy. Holed up in his Louisville home — a building constructed in 1892 — he took a solitary approach to his work, eschewing the input of others. With no engineers, no producers, no one suggesting how to modify the sounds, the path from Chief Ghoul through Lee Miles to the recordings was at last unobstructed.

In this liberated space, often with a creepy movie playing silently in the background, Miles set about rediscovering the music that would transmit Chief Ghoul’s narratives. He returned to his roots, channeling the muddled folk of Bob Dylan and Johnny Cash’s heavy country, harnessing Graveyard’s bluesy hard rock and the Norwegian doom of Dunbarrow. Voices of the past especially served as influences, as Miles explains:

“I love Jimi Hendrix, I love Jim Morrison. All of these people that aren’t here anymore, I’m influenced by them, and everything is connected. A painter who is influenced by someone who’s moved on, part of that person is coming through that painter.”

This collective inspiration guided Miles as he sought to exteriorize the style long trapped in his head. What resulted is a dark, eerie Americana that feels crisper and more assured than anything released under the Chief Ghoul moniker to date. The lo-fi aesthetic remains, but a renewed focus on acoustic instrumentation and Miles manning his own boards for the first time has led to richer textures than ever. Guitar strums and vocals resonate like the shimmer of a translucent shade into deep infinity, echoes carrying shadowy stories through the speakers. Production flourish previously only imagined were free to come to life: the moan of a cello (“Take My Hand”), the eldritch ring of a glockenspiel (“This Ain’t Love, It’s a Hex…”), even a sample from House on Haunted Hill (“Creature”). As an ode to the old structure in which this music was formed, Miles dubbed the effort 1892.

Finally taking the reins of his own vision, Miles found himself able to provide Chief Ghoul with the medium he always craved. On these nine new tracks, the musician and his supernatural muse have never been more unified. “It’s me as an artist more than any other album I’ve done,” Miles affirms. Even from beyond, Chief Ghoul would agree.

Which bodes well for whatever comes next from the bonded spirits. With their creative union resurrected, the music of Chief Ghoul is once more unshackled, manifesting as a shroud of spellbinding new songs flowing forth from Miles. Soon, they will no longer possess just his head, but those of listeners everywhere.

CHIEF GHOUL’s about section on his Facebook page says “Johnny Cash and The Misfits spawned a thing called Chief Ghoul” – and if ever... 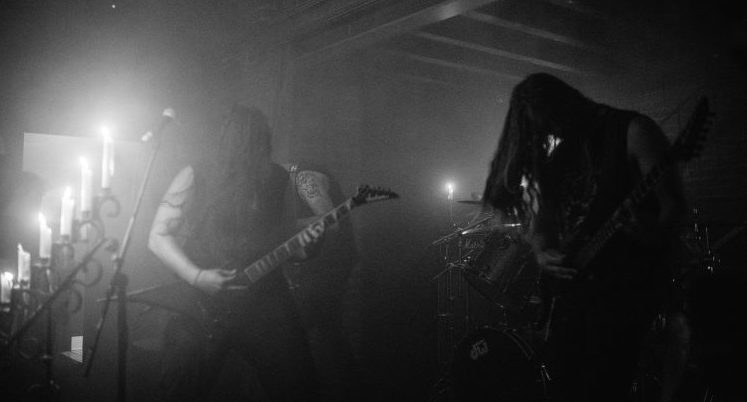