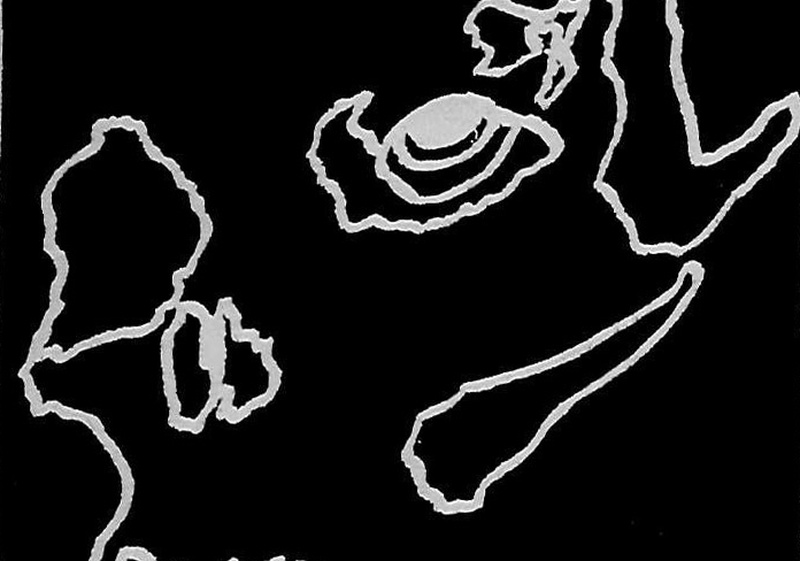 Coming once again from the Bay Area’s cult cassette tape dealers Transylvanian Tapes, Succumb is the debut offering by CLOAK a San Francisco-based band that brilliantly mixes punk, crust, black metal and death metal to materialize a formula that is as puzzling and surreal as it intense and captivating. CLOAK’s absolute strength appears to be the incredible ambiguity of their sound, something that places them in the realm of the truly sonically indefinable. While the songs are short, punishing, aggressive and extremely to the point, there is a maelstrom of elements constantly flying around in this band’s sound that touches so many different styles and aesthetics of playing punk-metal hybrids that classification of their style just seems impossible.

At times, I hear hints of Wolvhammer in the sound and moods of their crusty black metal bite, but even those references soon evaporate as the band soon launches into crazy and spastic tremolo-picking driven surges of totally bestial and primitive death metal aggression. In these instances – like in the mauling “Death Scenes” – the grooves and chopped up rhythms can bring to mind a hypothetically more minimalistic version of Bolt Thrower, but even this comparison doesn’t totally fit, as the band does not seem to enjoy remaining on a single stylistic wave length for long. In “Roman Shower,” for example, the band starts off with a comatose sludge metal funeral march, something not far from what you would find in an Eyehategod album, only to then launch into a rupturing rampage of groovy stench-core, topping it off in the end with a deathblow of skin-peeling death metal aggression.

Final track, “Purgation,” starts off on an extremely sour black metal note, but soon morphs also, turning into another neck-snapping, black metal-infested Bolt Thrower-ish groove that ends the EP on the most confusing and devastating note possible. Finally, the band’s aesthetic is strongly built upon the most hallucinated and sociopath-sounding female vocals imaginable, a very strong and distinct element of their sound that further pushes CLOAK’s formula in the realm of the almost totally indescribable. Overall, it’s jut rad as fuck to see bands like CLOAK fearlessly blend genres and blur the lines to achieve the most personal possible form of heavy music they can come up with. Really looking forward to see what they come up with next!