Not much is known here about this band who hail from Florence, Italy,  called MACERIE, a name that in Italian means “Ruins.” This one single awesome fucking EP is the only thing the band has made available, and information about them is sparse if not completely nonexistent; but with a name like that, what do you expect? RUIN, total and unadulterated fucking sonic ruin. Black metal, crust, sludge and atmospheric malaise that self-destruct in a frightening musical downfall. Take bands like Planks, Hexis, Celeste, Downfall of Gaia, Northless, Year of no Light, Acephalix and Tragedy and toss them in a bottomless pit of black metal malevolence, and you will get an idea of what insane, crushing darkness this band will blast through your eardrums. The only thing that pisses me off about this band is that this debut EP is too short, and I wish there more of it. MACERIE had already impressed us when we streamed Agonia, the first and then only available track from this debut EP of theirs. Now the EP finally made it onto Sentient Ruin’s Bandcamp in it’s entirety, and that is why we’re back here talking about it, because if that one song already ruled, the rest of the tracks are no followers and have made up one of the most mind-blowing, vile, rupturing, dark and colossal EPs of the year. MACERIE play a grim, icy, malevolent and stark form of crusty death metal with clear post-rock, doom, black metal, goth and post-punk influences. Their songs are fat and bloated slabs of degenerated and depressed and metallic post-punk that reach levels of such slowness and sonic coma that at times it’s hard to believe the band isn’t just gonna implode on itself, and which causes a sense of suffocating unease in the music as the band crawl and slither in cages of icy dissonance to create their hellish craft.

Then, on a dime, the band suddenly changes gear, and launches into furious and mauling d-beat rampages that could knock down the toughest concrete walls upon impact. Then shit gets twisted around again, and the band seems to lose itself in the debris of its own wake of destruction and sink deep and relentlessly into a weird state of hallucinating and daunting musical hypnosis, getting lost in oblique and lacerated post-rock-like soundscapes. This EP is really hard to predict – it covers so much ground and displays such a wide range of influences – and to think that this is only the first statement by the band ever is simply fucking mind-blowing. We’ll keep a close eye on these crazy talented Italian crushers, as they display a talent that is very unusual and which should not be overlooked for any reason in the world! 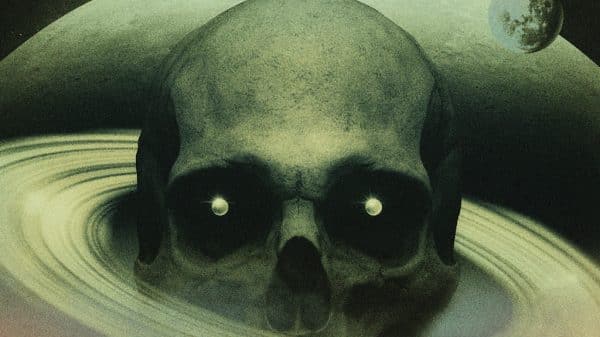 Immerse Yourself in the Sultry Psychedelic Doom of LORD ELEPHANT “Rumble”

It’s been a while since pop culture has blamed rock n’ roll for the downfall of society. But at one point in history, these...