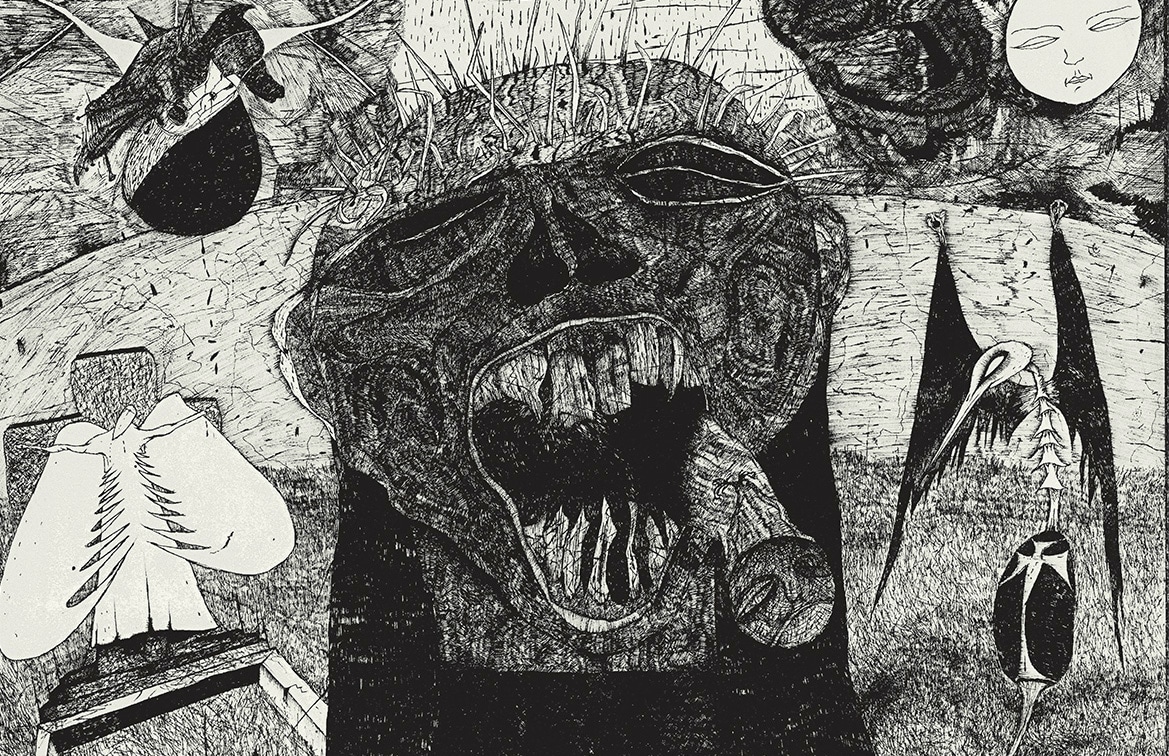 Weird before his time, full of dirge before his time, Nick Blinko, the creator Rudimentary Peni, did everything before his time. The record Death Church, released in 1983, was ground-breaking and pushed the limits of anarcho punk. Rudimentary Peni composed an album that was a perfect mix of punk angst and death rock ghost vibe. The lyrics went places that other bands were not going at the time, with song titles like “Flesh Crucifix,” “Blasphemy Squad” and “Vampire State Building.” Mind you, this band came out of the Crass camp, not from the Batcave.

I was 14 when this record came out, and I thought it was super awesome at the time – I was like, damn, now Christian Death has an English brother. Rudimentary Peni were unifiers; they brought together the peace punks, the hardcore kids, the positive punks, and the death rockers. Everyone said, fuck the labels, we all dig this band.

Death Church has this metallic layer lurking in every song. With all their albums, Rudimentary Peni had the power to create songs that sound ugly, but that transport the listener to a beautiful, dark cave. Plus, they have songs that are groovy as fuck – some of the basslines are just sublime. The dirge vibe is supreme on this album, and to this very day, I can’t find a record that sounds anything like it. Death Church was actually a life lesson for me when I was young; it told me, it’s OK to be different. That idea still plays in my thoughts to this day.

I’m beyond stoked that Sealed Records has just reissued Rudimentary Peni’s Death Church LP — housed in a replica 6 six-panel poster sleeve with every inch covered in Nick Blinko’s claustrophobic black and white line drawings — as well as their debut 7 inch. Real talk, I see this label as more than just a record label, because they’re actually archiving our punk past for future generations. To me, that’s Punk AF and reeks of pure passion. Listening to the Death Church LP as an adult, I understand the genius of this sonic offering even more. Rudimentary Peni captured what was like to be alive in 1983. What trips me out is how so many of the things that they talked about decades ago still ring true in 2022. It’s time for y’all to give this band their Black Roses and press play below. I also want to say thank you to Sealed Records for really making a difference in the global punk community!

Death Church
by Rudimentary Peni out Now On SEALED Records

This is my favorite album of all time. But to anyone who knows me at all, that is no shocker. I am beyond excited to have this excellent remaster in my hands. 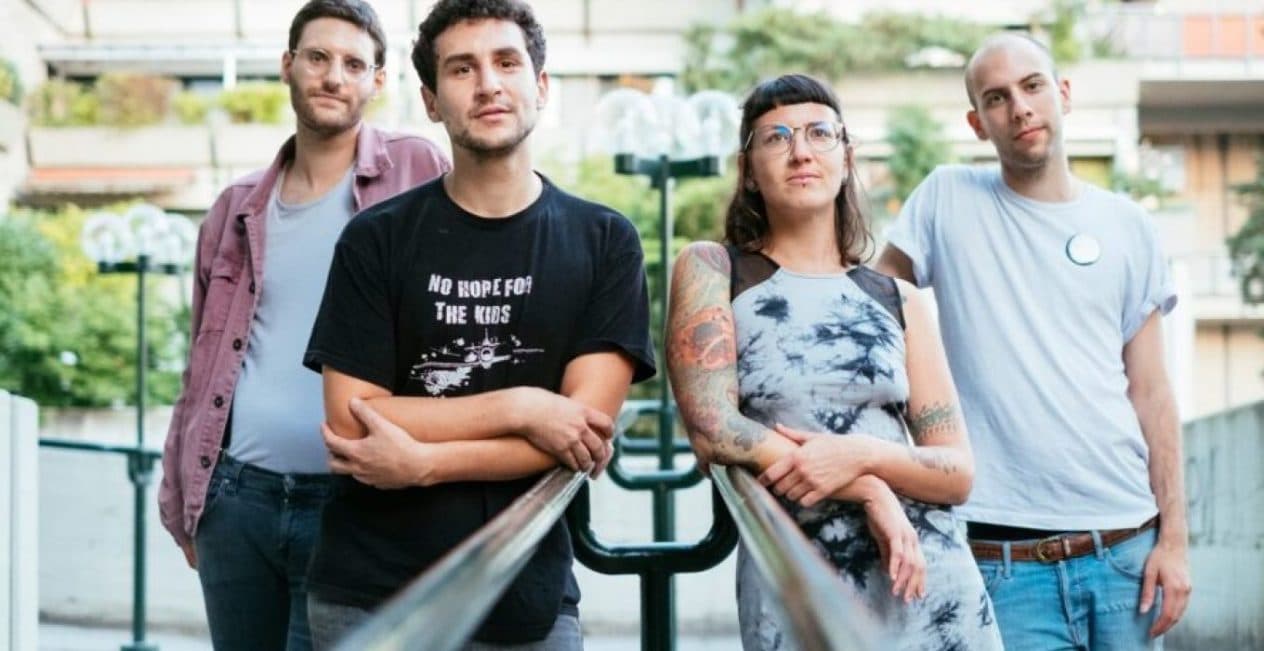 So many mornings I wake up and wonder why I can’t just see things like a fucking simpleton. Why aren’t I satisfied with the... 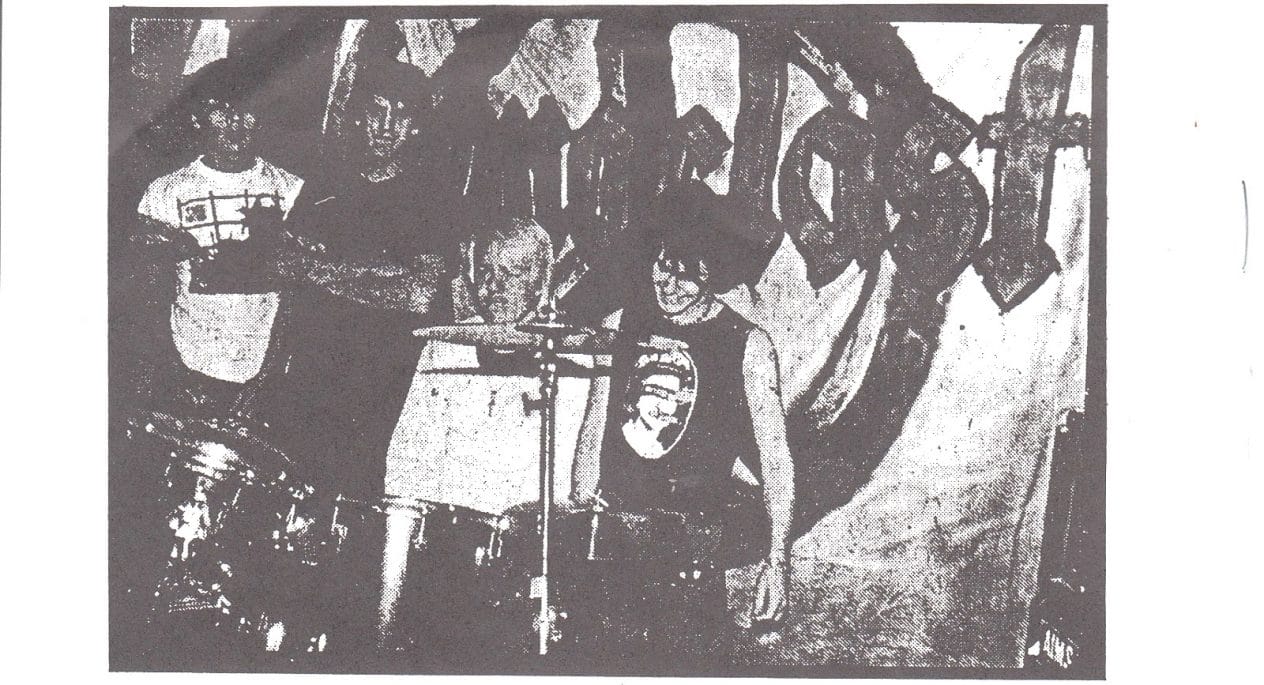 The struggle Continues! Listen to Domination Or Destruction by ICONOCLAST!

36 years ago, the world was a different place. I was a 15 year old teenager that looked at the world through the lens...