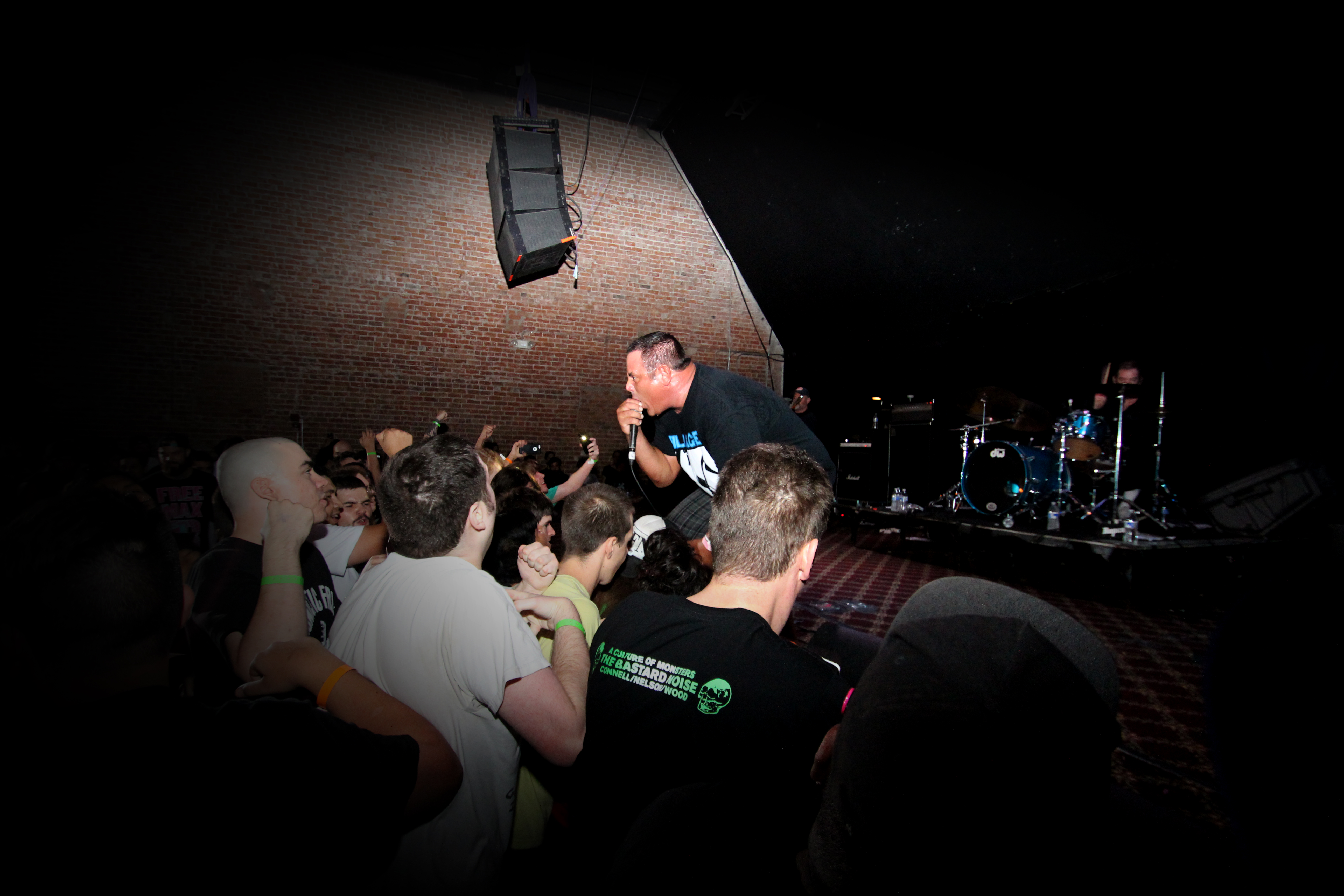 In the handful of large-scale music events I’ve attended in the past fifteen years, none have captured my attention or energy like the King of the Monsters Records Fest (KOTM). Taking place from July 31st to August 1st, in Tempe, Arizona’s Nile Theater, KOTM’s existence and success is owed to Mike Genz, the label’s founder, and to the many bands and staff that made it possible. I was but a bystander in a great event. The weekend served as a giant birthday party for the label, which in its two decades of life has played host to innumerable acts within the spectrum of heavy music. The birthday candles were represented by thirty-something candles, which while not accurate to the label’s age, were proof of the label’s reach and endearment to the participating artists.

The bands that participated were a melting pot consisting of people from across the country, from coast to coast, coming together to make this event possible. The two days saw members of KOTM’s alumni and current roster sharing stages, which were between the Nile Theater’s airy, amply-spaced main room and its Underground, a sweltering atmosphere of a basement. Among those bands included Creation is Crucifixion, Suffering Luna, Gatecreeper, OSS and Elders. Not all bands that played had put out releases on the label, but came to pay respect to KOTM and the scene that birthed the label, among them being powerviolence giants Infest, 90s hardcore chuggers Chokehold, Culture and Groundwork, the spirited, politically-fueled Los Crudos and dark crust pioneers, Trap Them.

The first day saw the Nile jam-packed, likely due in parts to the fest’s sensational lineup and Arizona’s in progress monsoon season. The upstairs was ringed with merch tables for nearly every attending band, with fans bouncing from table to table and flitting eagerly through the expansive Ebullition Records distro. The bar was nestled in its back corner, the drinking area cordoned off from the rest of the floor, away from the stage, perhaps as punishment for non-edgers present. Two sets of stairs fed into the Underground, the Nile’s smaller, more intimate stage, which lied in the venue’s bowels like a dark secret. Considering the heat, the stage also doubled as a sauna in addition to the natural bleak tone the area set for the bands that performed there. Shows in the Underground are always quite an experience. The first day’s roster included ACXDC, City Hunter, Cold Sore, Culture, Done Dying, Elders, Generacion Suicida, Infest, Los Crudos, Territory and The Light. City Hunter, covered in black ski mask and shrouded in shadow tore apart the Underground, followed in short time by the lords of the dark mosh, Territory, whose set was equaling pummeling. Cold Sore put on a show that particularly memorable for me, perhaps due to their energy, hard to say, but the Dayton, OH act put on one helluva set. ACXDC (a.k.a. Antichrist Demoncore) plays their vicious grinding brand of hardcore to an eager crowd, while their merch table had items accounting for many of one’s daily needs. Infest put on what was possibly KOTM Fest’s best set, with their sweeping powerviolence whipping the crowd into a churning frenzy of circle pits, slam dancing and stage dives. Vocalist Joe Denunzio was the most upfront with the crowd, entering the pit for most of the set, with waves of the crowd piling around him to scream their favorites into the mic. Los Crudos stole the show with their hyper aggressive, impassioned set, where mouthpiece Martin Sorrondeguy espoused the band’s political philosophies that included racial and transgender rights and Hispanic heritage. It was one of those performance where I had to stand back, fixated on Sorroundeguy’s energetic and furious output, with the crowd equally transfixed and susceptible to Los Crudos’ fervent charm.

Special thanks to Mike Genz, Hayley Rippy and Chase Mason for assisting with CVLT Nation’s coverage.