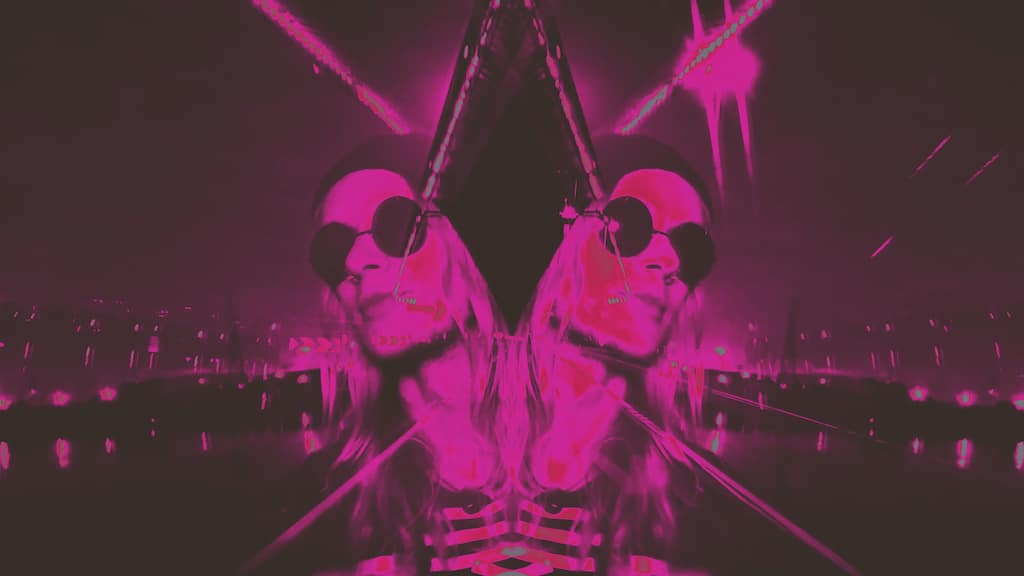 The KAI CULT single we premiered in December was one of those days at work where I thank myself for being crazy enough to agree to start this blog with Sean. Today I get to remix my stokedness because he’s come back with “Massive Checks (Weird Vendetta Remix)” which puts the original country-tinged anarcho post-punk single through the warped lens of trip-Hop producer Weird Vendetta. Everything’s slower, like when I was four whisky sours in and rolling in my languid body. It’s off KAI CULT’s MASSIVE CHECKS REMIXES project that features three other remixes from Darkwave/Ambient/Electronic producers FUJI, Dominic Altamore, and Tallahassee – it comes out today and you can order it here. KAI CULT is dropping jewels for us to follow to his next single, “CIGARETTE BURNS,” which will be released on February 4th, and also his upcoming OK BOOMER EP, also out in February. Right now, I’m excited to share this rad new KAI CULT video for “Massive Checks (Weird Vendetta Remix)”!

The video was filmed in the heart of a very dark, and uncertain Australian winter, underneath a foggy inner city highway. It seeks to invoke a sense of melancholy as the whole world comes out of what has been a very challenging year that has laid bare the cracks in Western Civilization. The video is psychedelic and fuzzy, reflecting the depressive haze that 2020 has been. It was filmed entirely using a mobile phone and a camping light, reflecting the lo- fi nature of the artist.