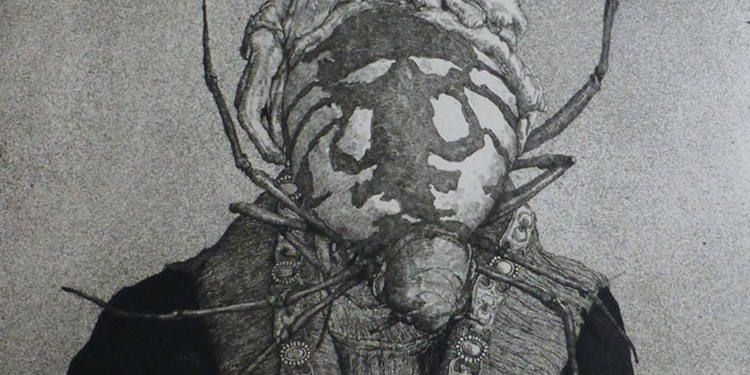 Born in Morocco in 1944, José Hernández spent most of his life in Madrid, Spain, where he became a highly prized artist, despite his macabre and unsettling subjects. He used engraving and painting, among other techniques, to bring his disturbing visions to life. They are visions of disfigurement, the silence and noise that surrounds being an object of revulsion, but he presents them in a soft and beautiful way, a contrast to their ugliness. His work is intricate, so much so that the textures seem to leap off the page, the movement of bulbous protrusions and insect legs is almost tangible. Hernández’s work is almost classical in its aesthetic, but reminds me of beautifully rendered medical illustrations taken to a level of fantasy; it’s almost like a world ruled by Bubonic Plague, where the unafflicted are the hideous ones. Art like this will one day sit on the walls of my dream Addams Family mansion, blending in with the dark and decay.

In this article:José Hernández, spain