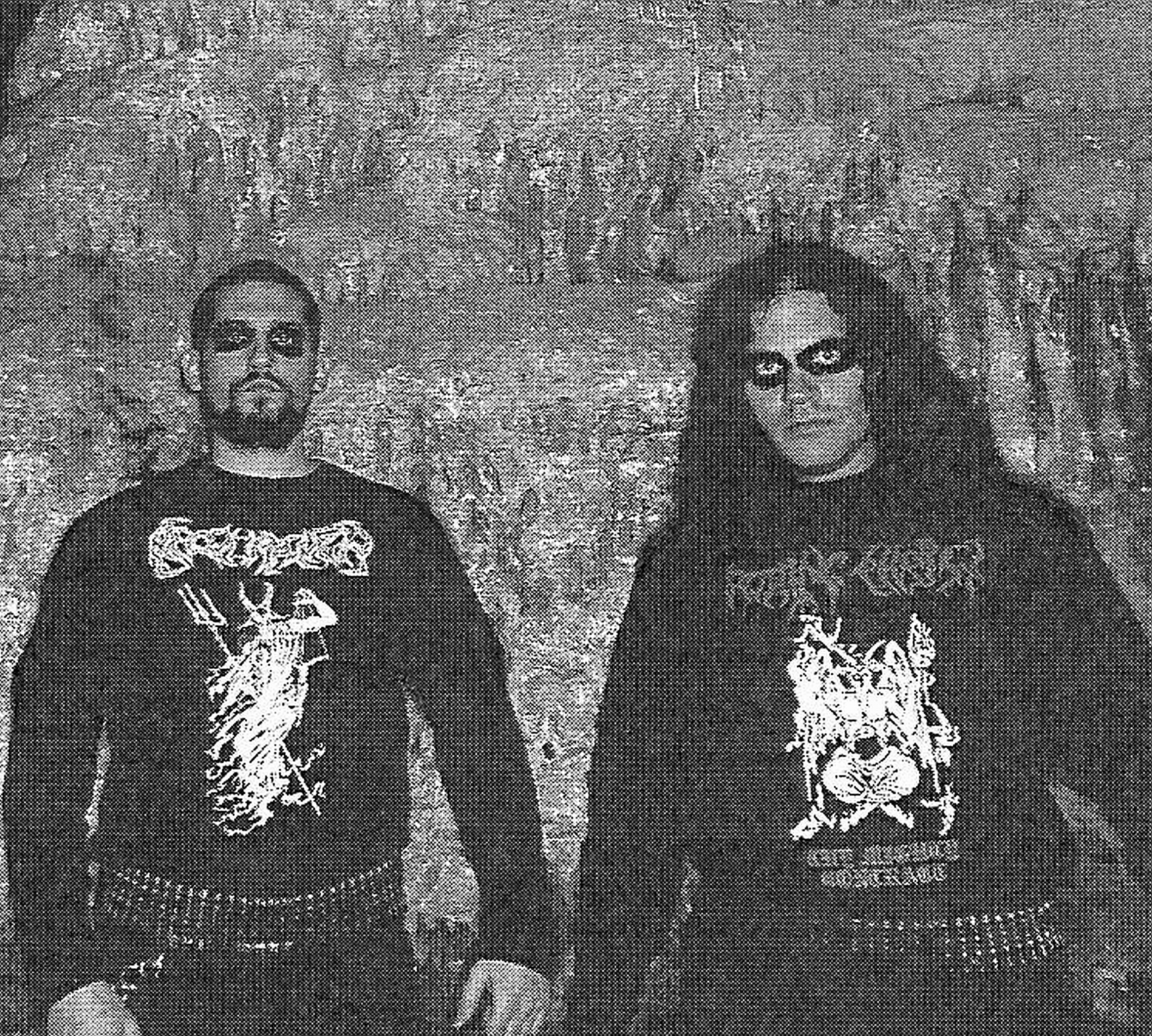 Iron Bonehead Productions must have dug this album out of some moldy treasure chest. Ithaqua’s Initiation to Obscure Mysteries is an old-school metal gem. Ithaqua are from Greece, and Initiation… is their debut demo.

Not an all-out hell-raiser, Ithaqua’s style is more subdued, controlled. Think big here, fuckers! It’s a ritual, so don’t think this album’s gonna get you tickets to a moshpit. Not that it gets dull – Ithaqua rocks solidly in old-school fashion. Some heavy metal here, black metal vocals there, thrash riffs too – this stuff is addictive, and if played on cassette format, it should be worth your while.

It’s even got King Diamond vibes with the keyboards, a little Andy LaRoque-style guitar mixed in. Nothing like King Diamond on the vocals, but it’s all good, as Ithaqua do raspy vocals that fit right in. Track three, “Summoning the Incarnations of the Worm,” is terrific. They make sure you hear the bass play off the riff on the track every so often, and the result is old-school vibe heaven. Bass used to matter, you know?

More slow jam starts track four, “Abyssic Journey to the Elder Demons,” before the downpicking ‘picks’ up (Sorry). This thing so reeks of old metal it must be radioactive. The band logo rules, and the album cover is hilarious!

There’s an intro and outro, and some of you might not like the hoarse whispering (Sorry. I did it again), but if you’re a cassette collector, you’ll want to get this from Iron Bonehead when it comes out. How much of this crazy stuff gets on tape these days, y’know, meatheads! The album hasn’t been released, so if there’s a stream, get a sneak peek before your tape deck gives out after playing so much shit from Lou Reed. Ithaqua are still new, as far as yours truly knows, so maybe they’ll realize that a lot of mainstream metal stinks, prompting them to give us more stuff like Initiation to Obscure Mysteries, some first wave black metal jizz. They’re influenced by early Varathron and Rotting Christ. So if you dig those early albums by the two aforementioned bands, do check this out. Do you guys remember Varathron’s His Majesty at the Swamp? Like a key to a lost world, Ithaqua’s Initiation… might just help you rediscover what black metal first sounded like when it was new.

If you’re somewhat offended by the lack of metal and so much ritual on the outro, just listen to the bass solo and shut your traps, metal freaks. Gather around a fire and see if that livens it up.