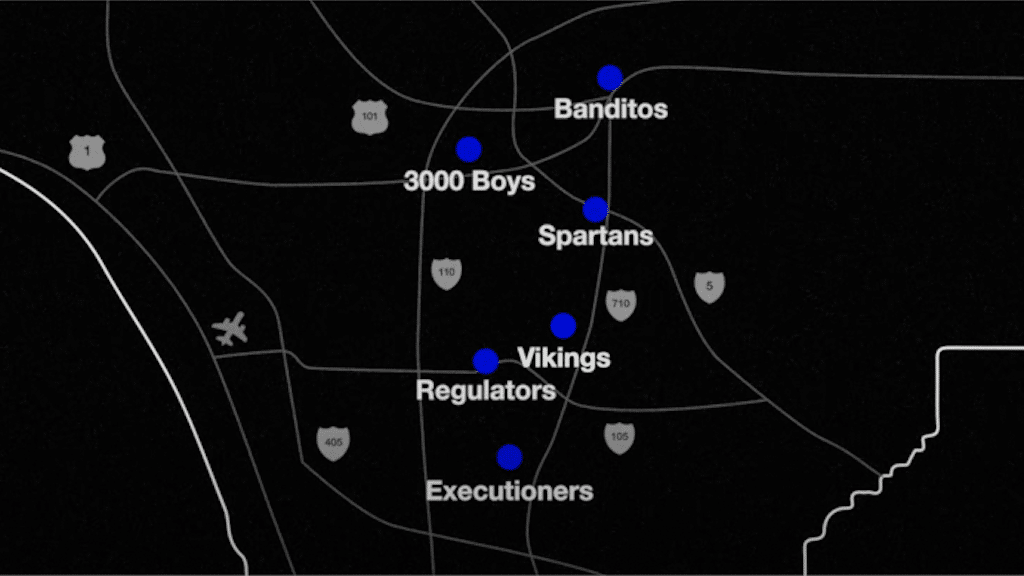 After being shot with a rubber bullet by an L.A. Sheriff’s Department (LASD) deputy, Cerise Castle read hundreds of thousands of pages of legal documents and court proceedings spanning decades to discover whether the rumors of LASD gangs were true. What she discovered was an unequivocal YES. She broke it down in her 15-part series, A Tradition of Violence: The History of Deputy Gangs in the Los Angeles County Sheriff’s Department which you can read here. If you’re a resident of Los Angeles, this is where your taxes are going — to pay the salaries of an organized crime syndicate that uses your money to target you.

This is how the system games us. Leaders tell us we have to fund the police because our streets would be riddled with crime without them, while hiding the crimes the police commit. They hide behind slogans like “Protect and Serve.” They hide from the communities with high property values and pale complexions. They conceal their crimes with paperwork and coercion and threats against any of their fellow officers who would dream of being “disloyal.” And what we’re left with is pure corruption, like any of the places America loves to point its bloody finger at. If you don’t see it, you’re just not in the right place at the right time looking the right way.

HOW TO IDENTIFY LASD GANGS:

Banditos – East L.A. Station. Tattoo depicts a skeleton with a bushy mustache wearing a sombrero and bandolier, and holding a pistol. According to the report: “They regularly use gang slang, such as referring to longtime members as ‘OGs’ and passing on information that they ‘heard on the yard.’ Banditos leaders refer to themselves as ‘shot callers,’ a term borrowed from the leaders of prison gangs.”

Cowboys – Century, Palmdale and other stations. Tattoo depicts a skull in a cowboy hat with sequential numbers. In 2018 a deputy in the Palmdale station claimed the Cowboys tattoo signified “that no person has less rights than any other person” and that “you treat the public equally and without bias.”

Executioners – Compton Station. Tattoo depicts a skull wearing a Nazi helmet with “CPT” on front and rifle encircled by flames that is sequentially numbered. Deputy Austreberto Gonzalez, who has filed a civil rights lawsuit against the department, said in a recent deposition that the Executioners are a “violent gang” that dominates the station and that has assaulted other deputies.

Grim Reapers – South L.A. Station. Tattoo depicts a black-hooded skeleton holding a scythe, reminiscent of the medieval symbol of death. The Grim Reapers came under heightened public scrutiny after Sheriff Villanueva reinstated Caren Carl Mandoyan, a former deputy with a Grim Reapers tattoo. After the Office of Inspector General (OIG) started investigating Villanueva’s rehiring of Mandoyan — including his ties to the Grim Reapers — the LASD restricted the OIG’s electronic access to all internal personnel records.

Rattlesnakes – Palmdale and Lancaster Stations. Tattoo is of a skull and a snake. The U.S. Department of Justice in 2013 issued a report finding that deputies “engaged in a pattern or practice of discriminatory and otherwise unlawful searches and seizures… against African Americans” and that “Some Antelope Valley deputies wear tattoos or share paraphernalia with an intimidating skull and snake symbol as a mark of their affiliation with the Antelope Valley stations.”

Regulators – Century Station in Lynwood. An early source describes the Regulators tattoo as “a skull-faced man holding a shotgun, fire screaming from its barrels.” A later report compiled by the District Attorney’s office describes a similar “station tattoo” as a skeleton in a “cowboy type hat” and a “trench coat” holding a double-barreled shotgun with smoke emitting from the barrels. The Regulators dominated the Century station from 1999 until at least 2014.

Spartans – Century Station. Tattoo unknown. In 2019, the Los Angeles Times reported that the FBI had opened an investigation of several LASD deputy gangs, including the Spartans.

UNKNOWN IF ACTIVE OR PREVIOUSLY ACTIVE:

Buffalo Soldiers – Group of Black Deputies Across Stations. “One LASD source stated that the Buffalo soldiers arose in response to prejudice at the Century station after then-Sheriff Baca transferred nine African American deputies there in 1999 to diversify the station and improve relations with the community,” the report states.

Cavemen – East L.A. Station. Tattoo depicts a hairy-headed cartoon caveman holding a club with “ELA” tattooed on his belly. Sheriff Alex Villanueva has publicly acknowledged the existence of the Cavemen while he worked at East L.A. Station but said he was not a member.

Jump Out Boys – Operated out of Gang Enforcement Team (GET). Tattoo depicts a red-eyed skull wearing a bandana with the letters “O.S.S.” (Operation Safe Streets Bureau) and holding a revolver next to an ace of spades and an 8 of spades, the so-called “dead man’s hand” in poker. In 2012, LASD management obtained a pamphlet that states a “black book” containing all member information and dates of shootings be kept “off site.”

Pirates – Firestone Station (which closed in 1993). Tattoo depicts a traditional skull-and-crossbones. Ron Hernandez, the current president of the Association of Los Angeles Deputy Sheriffs (ALADS), appears to have a Pirates tattoo near his ankle. In 2019, Hernandez publicly admitted that he had a tattoo but he claimed “it signified a fellowship of hard workers, not a rogue clique.”

Posse – Appears to have operated inside Twin Towers Jail Mental Health Ward. It is unknown whether Posse members had a common tattoo. The Posse resisted reforms aimed at treating inmates with severe mental illness more like patients. On August 10, 1998, eight members of the Posse beat a mentally ill inmate so severely that he was left with flashlight marks on his back and boot prints on his side. Then-Sheriff Sherman Block fired these eight employees and publicly acknowledged the existence of the Posse.

Tasmanian Devils – Temple City Station. Tattoo is of the Warner Brothers cartoon Tasmanian devil. There is little public information about this subgroup. While press accounts and other sheriff’s deputies on social media sometimes mention the Tasmanian Devils as one of the LASD cliques, they never elaborate.

Three Thousand Boys – 3000 Cell Block Men’s Central Jail. There is conflicting evidence whether 3000 Boys members have a common tattoo, but there is a widely circulated internet photo of the back of a bald man’s head with a tattoo depicting vertical bars above the words “3000 Boys.”

Two Thousand Boys – 2000 Cell Block of Men’s Central Jail. Tattoo on the calf depicting the Roman numeral “II.” They earned their tattoo by beating inmates in their custody and then filing false reports to cover up the abuse. 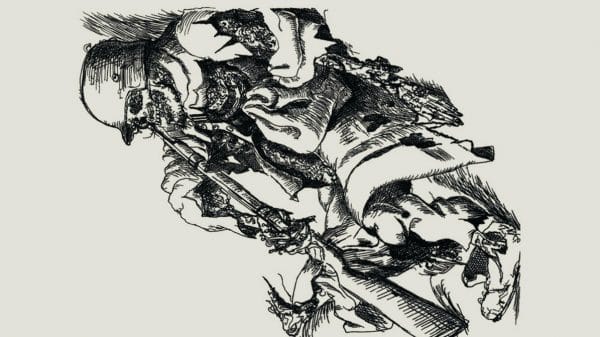 Experience the Feral D-Beat of RUINED AGE that kills Pigs on Contact!