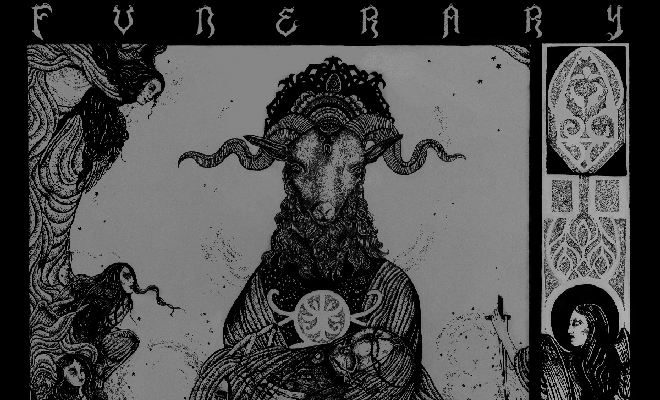 The band is able to make great use of their ambiances, with the most prominent examples being the two interlude tracks. In “Untitled” the band strips down their instrumentation relying on guitars shrieks, minimal melodies and feedback in order to create an imposing sonic structure. The inclusion of the deep growls in this track is really something, allowing the song to reach an even darker place of the human mind. And of course then there is the title track, also the shortest song in the album, where Funerary is taking on an experimental drone doom outlook, which will make you question reality itself.

Still, this band does what it does best when the really long tracks appear. As “Beneath the Black Veil” takes over from “Untitled” you realize that there is no hope or catharsis to be found in Starless Aeon. Through its eleven minutes the song takes on multiple forms, with the slow pace always present. Funerary send ethereal melodies your way as a sort of distraction from the real pain that will follow. The deep growls awaken a ceremonial-like ambiance from the track while background chants make the atmosphere even more dense and unforgiving. The band structures this song in a magnificent way, taking their time in order to progress into more agonizing moments. The sudden breaks from the probable course that the band is taking on this song (about three and a half minutes in, for instance) are making this trip even more unpredictable and menacing. And when the band lets their full weight and anger out, near the end of the track, you understand that Funerary is a force to be reckoned with.

Of course, then there is the closing track of the album, and the peak of Starless Aeon. The lonely strums at the start of “Depressor” bring in a dystopian, post-apocalyptic vibe. And the band soon enough pins you down with the heavy drums and wall of guitars, as the shrieking vocals begin and make everything else fade away into nothingness. A melodic part halfway in the song gives you a brief moment to catch your breath, before Funerary take this trip to the very edge and end it in chaos and noise, just the way such a journey should end.

Starless Aeon is an insane album, with Funerary showing that they have the ability to encompass all the qualities that an extreme doom/death band should have. The band does not solely rely on their long songs, but includes experimentation and melodic lines within their work. If you are a fan of extreme music you should definitely check them out, simply because there is some fucking cosmic shit happening here! And for fuck’s sake, you can get it on cassette!!! How more cvlt can this get!?

In this article:funerary, midnite collective, slider 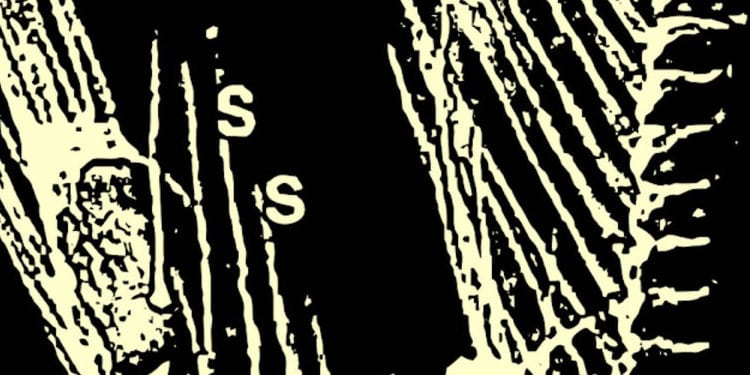 Drainage is a raging noise rock band straight out of Long Beach, and they’re here to hunt you down with their ominous riffs and... 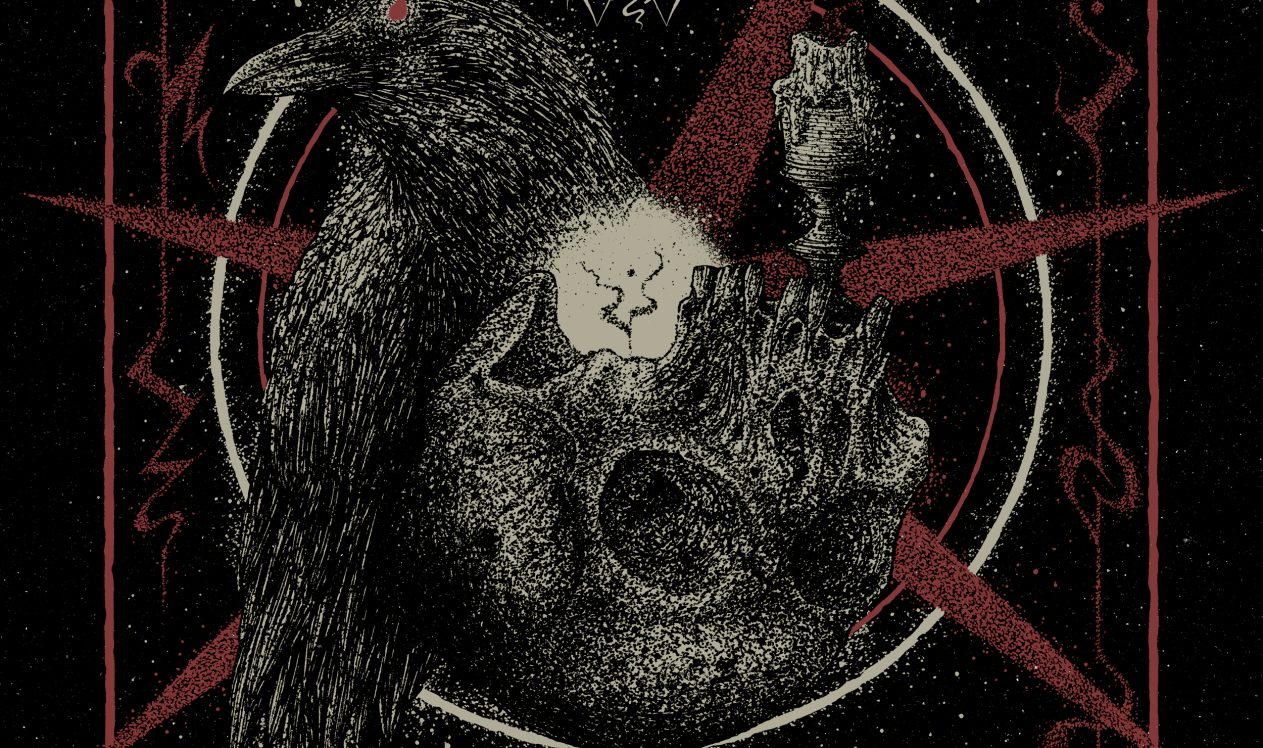 Fierce’s new song “V.I.T.R.I.O.L.” is vicious, and it will peel your fucking skin back! This band needs to be recognized right now as one... 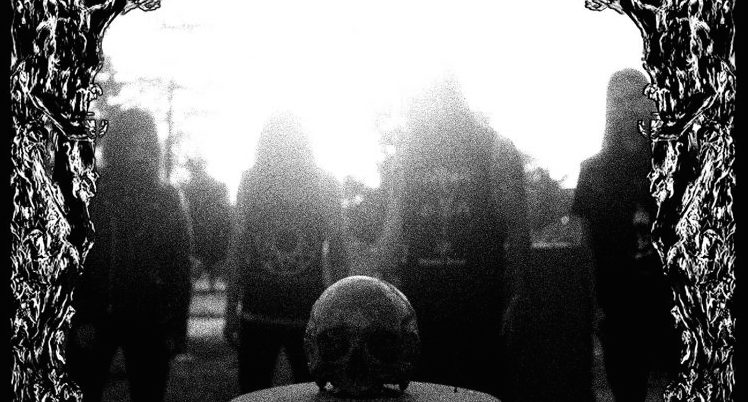 Slow, Low, Heavy, Tortured, Suffocating, Majestic, Depressing, Otherworldly… are just some of the words that come to my mind as I listen to the...

The sun is out, but my heart is blacker than black as I listen to the soon to be released album from France’s CELESTE....