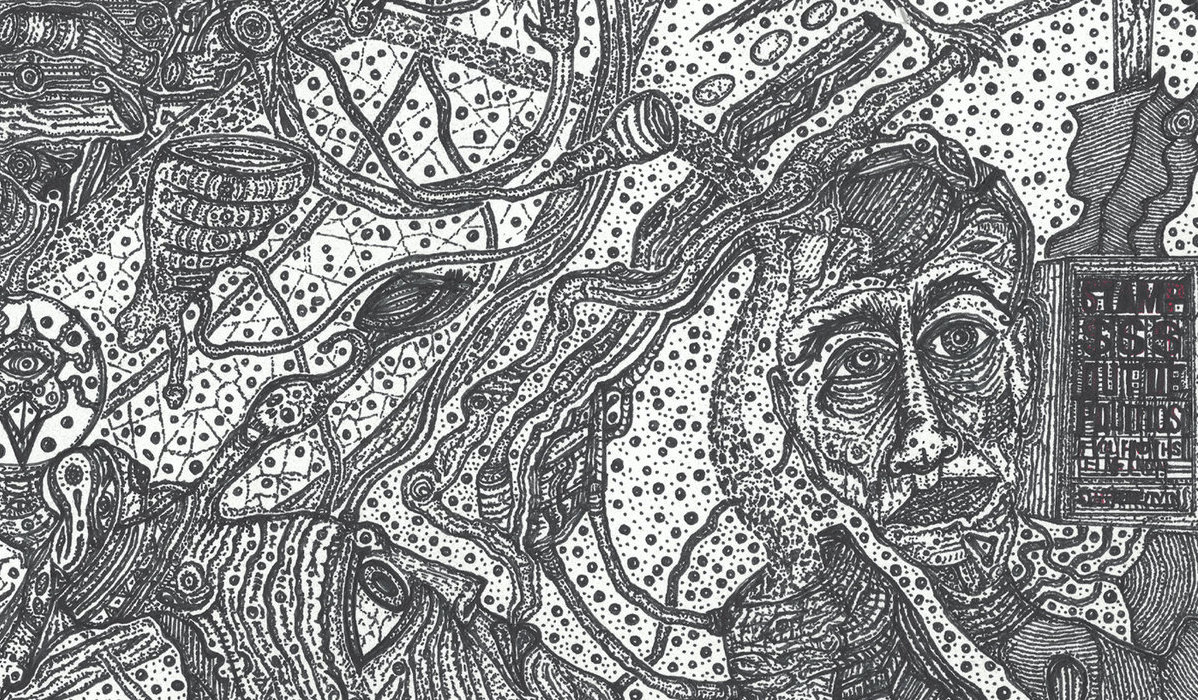 Many of you readers at home who are a part of the noise community (is it really a community?) are probably already familiar with BRANDON WALD. A prolific figure in contemporary noise, he runs BLACK RING RITUALS, has several projects, including SUPPORT UNIT, and has gained a certain level of notoriety for utilizing obsolete and obscure formats for releases. For the first time, he is releasing music under his own name, and so I sat down (at my computer) to talk with him about that, and about everything else he seems to have his hands in.

Right now, it seems as if your work speaks for itself, but everyone comes from humble beginnings (unless you’re Jeff Bezos or something). How did you get started in noise?

My first experience with Noise was when I was 20, so around 2010.  A friend of mine got me high and we drove around listening to Throbbing Gristle, which was a really mind-blowing thing to hear for me.  I had been into Skinny Puppy and Nine Inch Nails since I was a young kid, and so hearing what you would call more traditional Industrial music was really transformative.  It wasn’t long after that I started getting into Japanoise stuff, classics like Merzbow and CCCC. I found Whitehouse and Brighter Death Now at some point and it sort of spiraled from there.  I needed that feeling of anxiety and paranoia that it made me feel, i sort of got addicted to it.  It was a time in my life where I was consistently trying to trip myself out and trying to push the boundaries of what I could mentally handle.  So I decided I wanted to try making it too and I searched old forum posts trying to figure out how to do it, I really had no idea at the time.

I bought Reed Ghazala’s book “Circuit-Bending: Build Your Own Alien Instruments” and tried to fuck around with old kids’ toys I would find at thrift stores, and I had a delay pedal, so my very first experiments were pretty rough, just sort of messing around with things.  I started Monowolf as my first Noise project, the name popped up in a dream actually, which is sort of a cliche thing to say but whatever.  In the beginning, it was just me and I played a lot of shows around Fargo just generally pissing people off.  There were only two other Noise acts in town at the time and you didn’t see them play too often, so a lot of people had no idea what I was doing.  Luke joined Monowolf later and it became a duo project.  Good times.  I started Support Unit in 2015 as a side project and when Monowolf went on, I guess I would say an extended hiatus, it became my main focus.

You’ve released projects under various names, but with the new LP you’re dropping, Andromedan Transmission, you’re using your own name. What made you decide to do it that way, rather than using one of your previously established projects?

I needed an outlet for the noise that I was making that wasn’t Harsh Noise Wall, like Support Unit is a great outlet, but releasing under my own name gives me a clean slate.  I can make any sound I want under my own name and it will fit.

A friend once said to me “noise without concept is pointless,” and it always rings true for me. Your work has always stood out as being very conceptual — can you tell me about some of what you’ve explored in the past, including your Klingon electronics, and what you are exploring on this LP?

Yeah, I am always trying some sort of concept with my music.  I think every release should flow together, rather than being simply a collection of individual songs.  I started Sword Of Kahless as sort of acting out of a joke.  If the question posed is “What kind of Noise would Klingons make?” to me the only answer is Power Electronics, a sort of in-your-face, aggressive attack.  I took that idea and I rolled with it.  I spent a bunch of money on tailor-made Klingon clothing, I bought a prosthetic rubber forehead and a Bat’Leth (Klingon Sword).  It takes about an hour to get into full makeup, so I only perform the act at Fests, but it’s a lot of fun.  I’m a big Star Trek fan so it kind of came naturally to me to get into character.

For Andromedan Transmission, it’s heavily influenced by Kenneth Grant’s “Typhonian Trilogies”, which is a set of nine books presenting a long and detailed study of Occultism.  Specifically, I was interested in the idea of using magickal processes to contact trans-dimensional beings and the slipping of time across dimensionals bringing eons into each other.  So the album is really about using the occult to contact aliens.  I wanted it to really have the feeling of being trapped inside some sort of interdimensional alien spaceship or something.

A lot of your work artistically as well as socially has its roots in leftism. It’s refreshing, but in a scene so rampant with apathy and even blatant fascism, what kind of pushbacks have you gotten?

I was doxxed on a nazi forum years ago, and locally there are definitely a lot of people, especially in the Death Metal community, that really hate my guts, because I’ve called them out for being abusers or right-wing chuds, or whatever. I’ve been involved with a certain Anarcho-Syndicalist organization off and on for almost a decade.

You’ve made a name for yourself with your music and label, but one thing that’s always stood out to me has been your dedication to working with obsolete, and even obscure, dead formats, such as Castlewhood ORB drive disks and HitClips. The new LP is coming on vinyl (not a dead format), and also on wire recording (definitely an obscure format). What inspired you to work with these kinds of formats, and how much of a challenge is it to work with them?

I love it.  I love the challenge of hunting down old computer drives and blank (or erasable) media.  The Castlewood ORB disks were a big challenge to me, because I had to obtain an old Windows 98 PC, install a SCSI PCI board, and get a working drive, and then I wasn’t able to write on all the blank discs I had because the drive went out.  Well I only have so much money so I wasn’t going to invest in another drive just to do 3 or 4 more disks, so what came out is what came out.  The HitClip was nuts.  There is only one way to release on HitClip:  The Yahoo Recordable HitClip, and they are not exactly cheap, so I got as many as I could really afford and I recorded on to them. It was really interesting, each HitClip sound totally different even though they all had the same recording on them.  It was really fascinating to see that.

For my upcoming album, I knew I wanted to do something really special for it, so when I got the opportunity to use an old working Webster Wire Recorder, I knew it was the right thing to do.  Wire Recordings are really neat but it is a difficult medium to work with.  They are incredibly fragile, even if you load everything into the machine perfectly, which has a few steps you have to remember to do, there is still a chance the wire will snap on rewind, which could totally thrash the wire.  If you are lucky you might be able to do a square knot and salvage the recording, if not, you have a big mess of tangled hair thin wire that is beyond saving. I made 12  copies of the Wire and housed them in a wooden box, just as a nice special edition.

It seems you always have something going on. Aside from the new LP, what else do you have in the works?

I’ve got some concepts rolling around in my head for Support Unit, including working with Syquest drives and Bernoulli drives. There is always something coming out on my label, I have a Bitter Inc. EP coming out, and Werewolf Jerusalem c120 coming out, among a bunch of other releases. 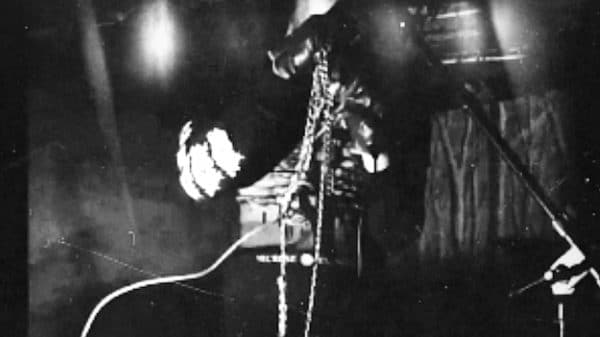 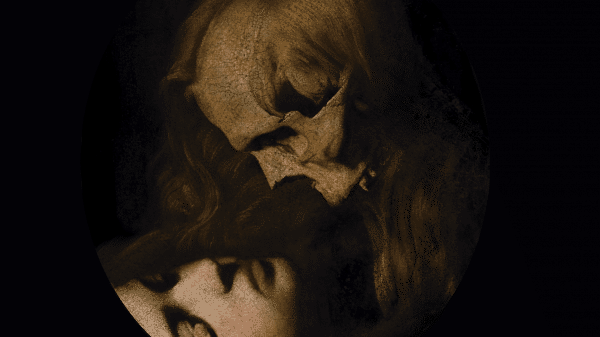 Shaun Ringsmuth has been making noise in the Austin underground for the better part of a decade with STREET SECTS but has recently turned... 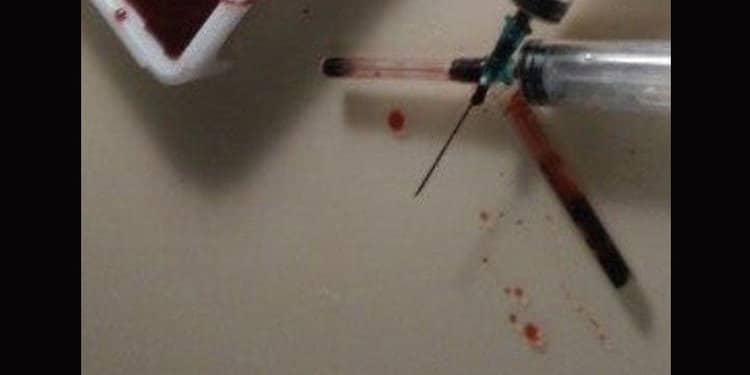 Hear the noise and terror of DODSSANG TEMPEL “The Callous”

I don’t know how to feel about this project that’s come across our desk from unknown sources. It’s powerful, that’s for sure. Is its...