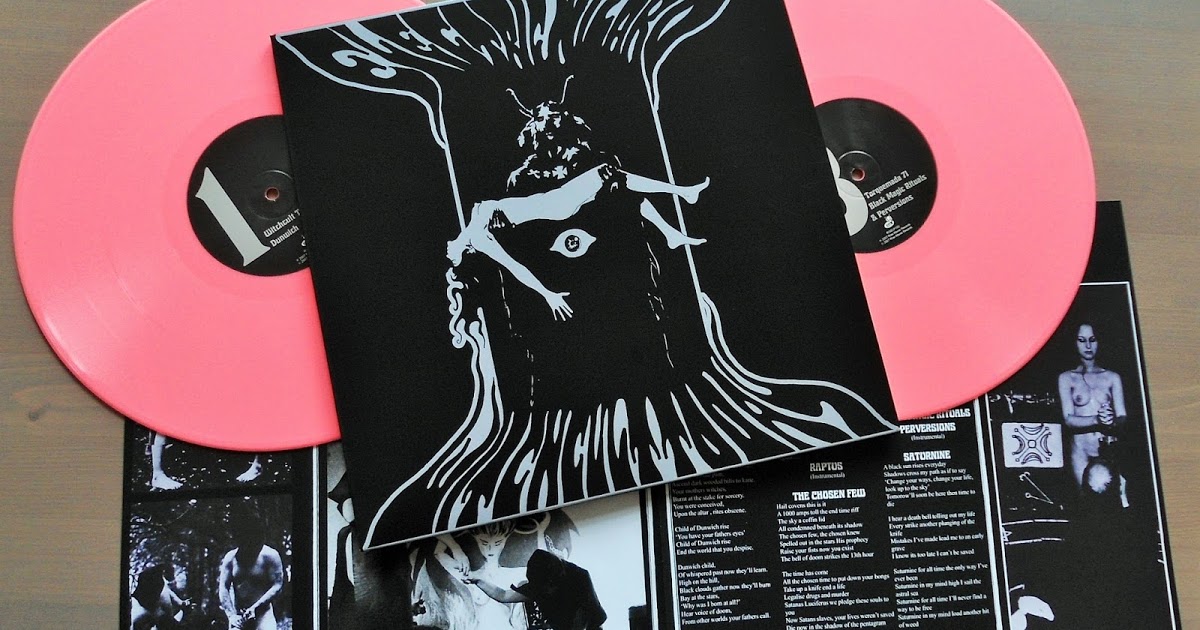 With Dopethrone turning 20, it feels like a good time to explore the rest of the Electric Wizard records to see how their particular brand of monolithic horror-doom has developed. With the arrival of Liz Buckingham on their previous outing, the revamped Electric Wizard continue their procession and progression on Witchcult Today.

This is a lot more balanced than their previous effort, though the lineup shifts again, bringing on board the percussive talents of Shaun Rutter. The record opens with Witchcult Today, a ghostly veil under which a mammoth riff rises, wreathed in fog. This turns out to be one of their more dramatic, commanding entries, clear and distinct whilst still being warped and fuzzed-out. Dunwitch follows an oddly strict structure, and it’s clear that there’s a lot more working behind the scenes; the vocals clearly lean towards hooks rather than just howled into the void. Moments like “he has his father’s eyes” and the repeated, dramatic “our time has come/ the end has begun” are among the more memorable moments from their careers, so this vocal treatment is clearly a look that works for them.

Satanic Rites of Drugula is a slower, drippier track which veers off in a few directions, looser than the previous tracks. But having established a tight pattern they’re at liberty to break it, and they lead into the watery Raptus it’s refreshing to hear some of the darkly ethereal, unpredictable Electric Wizard back.

The Chosen Few features some surprisingly emotive guitar lines, evidence that this period of their history had a tighter focus on guitar work; there are certainly two guitarists on this record, acting as more distinct instruments than just as textures. Torquemada 71 is a tighter track, featuring some crunchy guitar work with more of a structure around the vocals, showcasing that in this iteration they were just as comfortable working with more structured work as they were to relax into a thunderous groove.

Black Magic Rituals and Perversions continues along similar lines – pounding and sinister, it features a rumble of whispering below the main track, evoking the feeling of witnessing a black mass – possibly as a sacrifice. It shows them playing with ideas, and particularly ideas they’ve explored in previous tracks through their long career. This track later teases out and the whispering becomes more prominent. Unlike some of their older material this develops ideas in a clearer way, sticking with a theme and building on it, taking the space of the song and adding more elements until it reaches a clear conclusion. Rounding off the record, Saturnine is an 11-minute beast, a little more conventional – focusing on a tighter rhyme structure and an identifiable hook – but no less devastating, sonically and emotionally.Top of Form

Ultimately, this record follows a procession of albums developing how comfortable Electric Wizard were at using new ideas, giving them an album’s worth of grace period before they could really settle into their groove on this record. It also shows that they could change personnel and stick with a theme – to their benefit. Ultimately this was the mode by which the band would have some of their greatest successes and remains their predominant state of being to this day.