Although New York and London remain at the epicentre of the original punk movement, the emigration of the genre’s anti-establishment spirit to Japan gave Tokyo youth an outlet to rage against the severe economic challenges of the mid-1970s. And while the memory of this short-lived punk scene has since faded among the Japanese general public, a new exhibition in London is unearthing images from the gigs at the time.

Modern Japan is famed for its wealth of weird and wonderful subcultures like Lolita and Harajuku, but in the period of recovery from an oil crisis, industrial decline and major price inflation in the 70s, Japan’s burgeoning underground rock scene was born. As the sound evolved from highly westernised punk into the distinctly Japanese noise music (or Japanoise) in the 80s, Gin Satoh became the go-to photographer at the heart of the scene, and he is exhibited for the 1st time this year.

Speaking to Dazed, Satoh says he was drawn in by the lyrics and psychedelic sounds of underground bands started by his friends – namely, Hadaka No Rallizes (Les Rallizes Dénudés), who went on to become psychedelic cult favourites, and Friction. He says he still feels happy to have been there “when a rock scene happened in Japan”. “The culture of punk rock is as familiar as furniture in America or Europe – everyone knows something about it, but that doesn’t happen in Japan” – Gin Satoh “Compared with America or Europe, punk rock for the Japanese music industry was a small market,” he continues. “The bigger market for Japanese music is kayōkyoku (J-pop). The history of rock music is very short in Japan, and rock music will never become as major there as it was in the US or UK. The culture of punk rock is as familiar as furniture in America or Europe – everyone knows something about it, but that doesn’t happen in Japan.”

Reminiscing about his favourite band, Friction, Satoh remembers founder member Reck coming back from New York after being involved in New York’s post-punk no wave scene. “Reck brought some of that no-wave attitude into Friction, who looked cool and sung very provocative lyrics,” he says. “But Friction didn’t just look cool. They were cool.”

From 1978 to 1986, the live-music enthusiast spent thousands of hours capturing the artists, musicians and freaks that gathered in dark, dank dives of the growing metropolis of 80s Tokyo. By documenting these explosive gigs for Takarajima, a popular youth magazine, Satoh not only told the story of Japan’s underground music scene, he also helped to shape it. 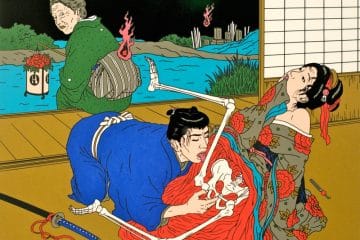 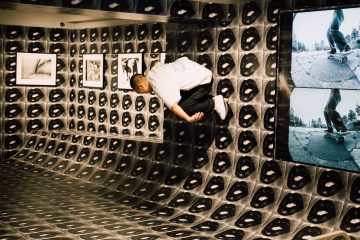 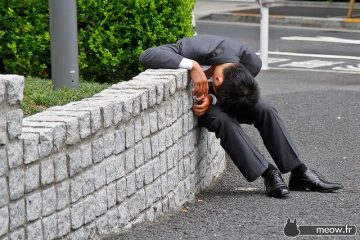 TOO DRUNK TO MOVE! JAPANESE SALARYMEN

the guy on the right is the singer for the band The Stalin.