I stand for music as a weapon of change! Columbia’s Crimental has something to say about the injustices they see happening in their country. With the powerful visual of their track “Conmoción Interior”, you can see how people are fighting back. Real talk, I’m honored to be able to share with y’all the work of Crimental. Revolution won’t be televised—the Revolution is in the streets!

For many years, we have been victims of the oppression and corruption inflicted by a State that doesn’t care about the well-being of its people, people who have recently awakened due to the excessive abuse caused by the different reforms (tax, health) the current government has planned to implement in our country. In the protests that, as a show of inconformity towards the State leaders, many Colombians have been injured, and even murdered, by the use of excessive force the military and the ESMAD (riot police) have engaged in.

The Colombian government even threatened to declare a “State of Internal Commotion.” Where the public force (Police/Military) would have the right to enter houses and shoot, violating international law. 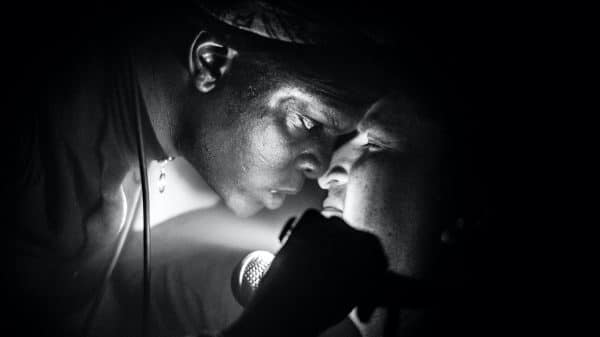 Through The Lens of isolation:
A.F. CORTES

A.F. CORTES IG Linktree How old were you when you first picked up a camera? Unfortunately, there is no easy answer to that question,...