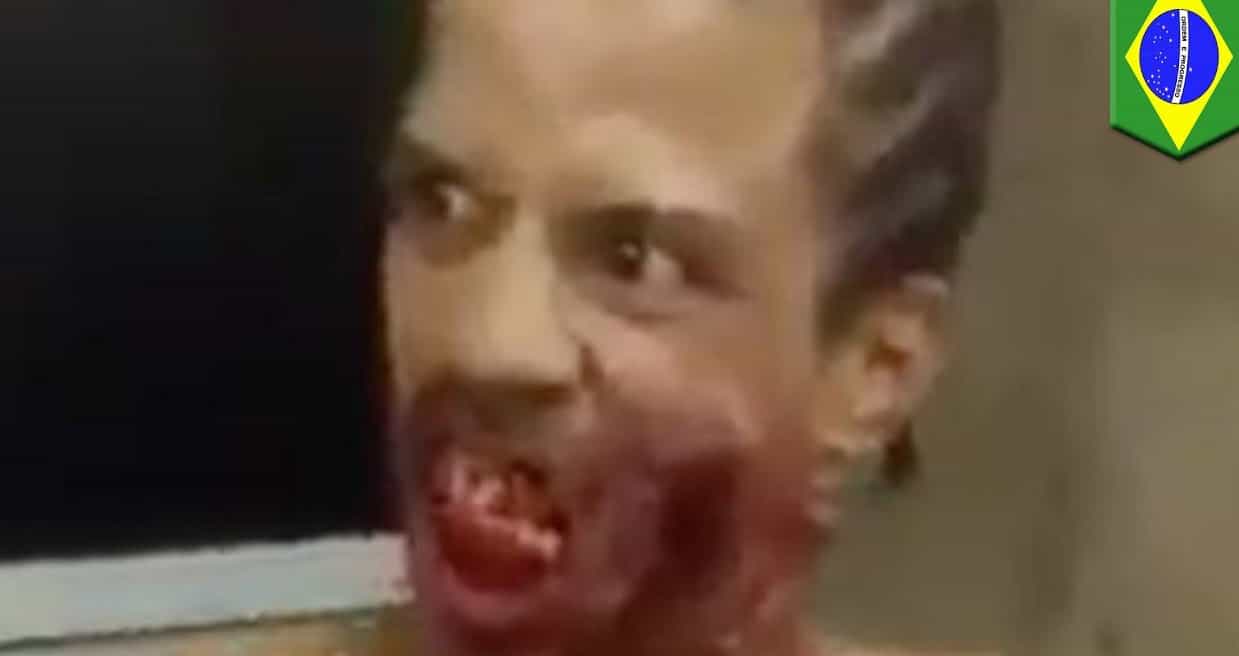 You may have seen this video haunting social media of a Brazilian woman convulsing, dead-eyed and contorting all Walking Dead like – or the Brazilian going all “28 Days Later” versus a public bus – well, it’s not because “zombies are so in right now” as Hollywood execs would have you believe, no, these wrangled psyches and dead-eyed possessions are that of a synthetic drug called “Cloud Nine” or  “Cloud 9.”

These are reminiscent of the infamous 2012 “Florida Cannibal” or “bath-salt zombie” that flooded the news when “Rudy Eugene – who is believed to have taken the over-the-counter ecstasy-like drug – growled at officers as he chewed off most of a homeless man’s face before being shot dead by Miami police.” Reportedly he was on a similar synthetic drug known as “Flakka.”

Humor of an oncoming zombie apocalypse aside – it seems that the recent scourge of overdose-related-psychosis across Brazil are due these synthetic drugs, commonly known as “bath salts,” and they’re back with a ravenous vengeance. Lets take this time to reintroduce these easily obtained poisons, as there is something far more menacing lurking behind the undead…

What exactly are “bath salts” and more specifically, “Cloud 9”?

Both Flakka and Cloud 9 are commonly referred to an umbrella term for synthetic drugs colloquially known as “bath salts” because of their resemblance to epsom salt and because distributors are able to sell them under the guise of “bath-salts.”  Because of the Florida 2012 incident, however, the government got hip to “bath salts” being synonymous with synthetic drugs, so now they’re commonly sold as “incense” from producers like China without much of any regulation and continue to do so.  I have no idea what incense are like crystalline powder, nor how one burns incense in one of these but I digress.

The desired effects from Flakka and Cloud 9 are quite similar, as well.   The Florida zombie incident was said to have been caused by “Flakka” specifically – “the pharmaceutical name for the designer drug is a-Pyrrolidinopentiophenone – otherwise known as a-PVP or alpha-PVP” according to the infamous Rolling Stone article about Rudy’s big-day-out.  Users often desiring meth-like symptoms have reported it to be similar to that of amphetamine, and conversely, the undesired symptoms such as severe anxiety hyper fight-or-flight brain functioning is often reported at higher doses.  Oh yeah, and it is still ridiculously easy to purchase online.

Cloud 9, though similar in affect both positively and negatively to Flakka, is not of the same chemical compound (a common tactic used by synthetic drug makers to evade regulation.)  Because Cloud 9 has been cited as the distinct culprit of these recent Brazil zombie epidemic, Florida company Waters Edge Recovery,  issued out warnings to would be users explaining that Cloud 9 resembles epsom salt, too… but unlike Flakka’s a-PVP, “chemical tests have revealed that it contains the substance methylenedioxypyrovalerone (MDPV), although it’s not listed on the ingredients.”

It’s important to note, however, that various different compounds and brands use the name ‘Cloud Nine or Cloud 9’, as all have assuredly said the MPDV compoud.   I highly doubt the CBD hemp oil is the “Cloud 9” they’re speaking of… but who knows, ingredients are rarely listed and if they are, narcotic ones are almost always omitted.

“Methylenedioxypyrovalerone (MDPV),” according to Wikipedia, “is the 3,4-methylenedioxy ring–substituted analog of the compound pyrovalerone, developed in the 1960s, which has been used for the treatment of chronic fatigue and as an anorectic, but caused problems of abuse and dependence… it has been shown to produce robust reinforcing effects and compulsive self-administration in rats, though this had already been provisionally established by a number of documented cases of misuse and addiction in humans, before the animal tests had been carried out.”

As with a-PVP, “MDPV acts as a stimulant and has been reported to produce effects similar to those of cocaine, methylphenidate, and amphetamines.”

And the adverse effects?

“High doses have been observed to cause intense, prolonged panic attacks in stimulant-intolerant users, and there are anecdotal reports of psychosis from sleep withdrawal and addiction at higher doses or more frequent dosing intervals.”

Retailers like THIS  and THIS   still have the product listed, but further investigation shows that it is unavailable to purchase – I sense a repackaging/branding like that of this new BIZARRO INCENSE one company is adamant in promoting on the Cloud 9 product pages.  But that’s the thing with these unregulated drugs, love them or hate them, as they can rename and re-label it as “incense” to evade regulation and public safety, they may also do so the exact compound if one is outlawed.

The same retailer claimed Cloud 9 “is a high quality herbal blend that gives the perfect synergy of mood and aroma. If your busy lifestyle has left you craving an escape, this incense will help you get away from it all without ever leaving the privacy of your living room.”

I’m not here to proselytize regulation or deregulation – but I will say this… remember those Johnny Depp anti-drug ads “This is your brain on drugs…” (especially the ‘Freddy’s Dead’ one)?  Well, what could be more revealing of this harmful drug than an advert like this (even if the following video is fake):

I’m casing the local mall for refuge if you idiots keep buying this shit, is all I’m saying.

Know what the fuck you’re taking. These companies don’t give two shits about your sanity nor your vegetarianism.

In this article:brazil, Cloud 9, drugs