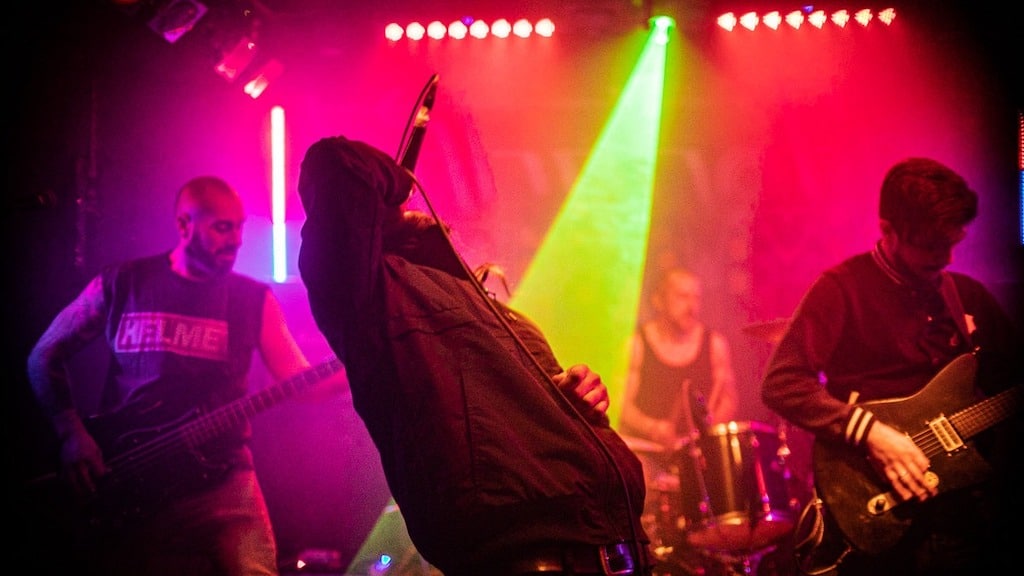 The other day I was thinking about my Communications degree, and how much our relationship to communications media has changed since I graduated. I graduated the year Twitter was founded. Facebook and Youtube were in their infancy, and Netflix still sent you DVDs in the mail. Blogger was where people blogged. The first iPhone wouldn’t come out for another year. I thought that 24 hour news was an onslaught of propaganda designed to penetrate our reality and feed us repetitious messages tailored to our culture, region, and political affiliations. But I had no idea what was about to happen. An atom bomb was about to go off in the collective conscious and the fallout would continue to damage us for generations.

That’s what INFALL is telling the story of on their new video for “Triumphant March.” The blurred lines between reality and virtual reality, the thirst for external validation, the doubling, tripling, quadrupling down on our egos in order to explain why our minds hurt every day and we know why and we won’t stop. Paired with their neck-breaking hardcore, this track is an ode to our social schizophrenia. It’s off their new record Far that’s out on November 14th via Flames Don’t Judge, Itawak Records, Controcanti Produzioni, Mothership Records, Tomb Tree Tapes, and Fresh Outbreak Records. Get the record here. Right now, watch their video for “Triumphant March,” then tune out of other people’s egoic projections and tune into your own energy.

Far is an album that talks about the distance between individuals. Most of the songs deal with practical examples or personal experiences. “Triumphant March,” on the other hand, is based on a slightly more generic concept which is useful for understanding the idea behind the album. The song talks about the overload of information to which we are subjected daily, which generates confusion and, very often, harmful interpretations. The critical sense and opinions, which are the element of distinction between man and other animal species, are transformed into tools of division and acts of selfishness. Above all harmful opinions, the ones that stand out are the ‘usual’: religion, politics, race, gender, and so on. But after all, who is responsible for this? Who distributes the information and who receives it?

The video speaks precisely of this bombardment of information: in this internet frenzy all news seem to have the same importance and value: consumerist entertainment and news stories get all mixed up in a constant stream that devalues everything, including the dignity of each individual.