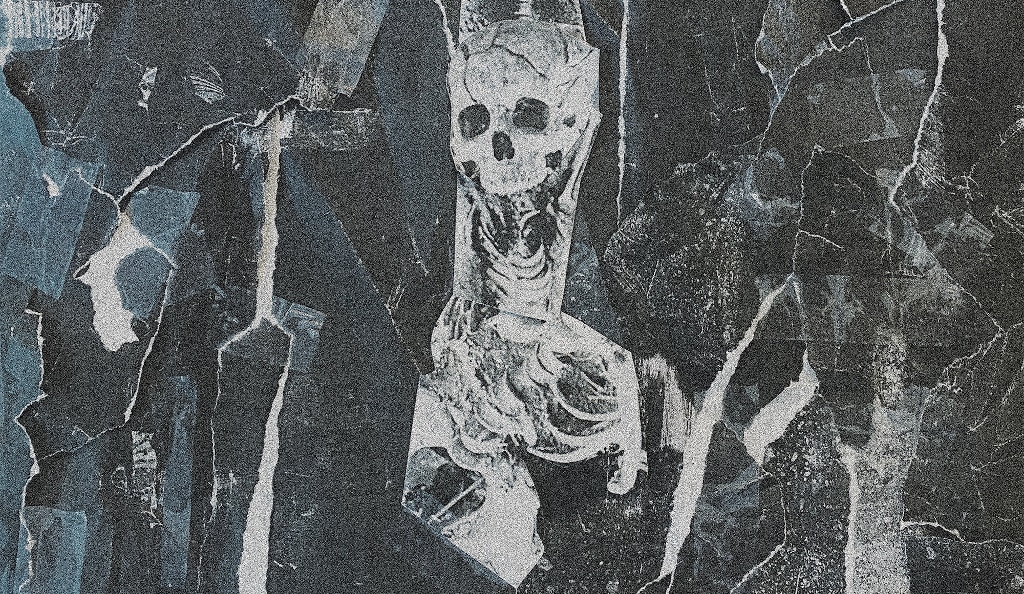 This Friday September 3rd, American extreme music forge Sentient Ruin will unleash the harrowing debut full-length LP by mysterious American abhorrent noise death-doom experiment EVAPORATED SORES, a band who’s managed to assemble an inhuman weaponized aural abomination which while sonically resonating as familiar in a few of its core aspects seems impossible to fully categorize as a whole and remains an unprecedented novelty that we may be witnessing in an accomplished final form for the first time ever. Today we’re stoked to stream this monster in full below, make sure you grab vinyl, cassette tapes and/or digital products from Sentient Ruin on their SHOP or Bandcamp.

As we said, while the primordial ingredients that Evaporated Sores have used to synthesize their own aural weapon of mass extermination may ring familiar individually, the end result and the product as a whole is something that I’ve never personally heard before and which I am not sure had really existed at a form this defined and accomplished until now: industrial noise death-doom. On paper it already rings like something awesome and potentially devastating but which apparently no one had fully attempted to conceptualize as a final product… until now. And the most striking aspect of the work is how accomplished and complete it feels, far from being an extemporaneous attempt and being the result of circumstance, “Ulcereous Dimensions” is a lucid and terrifying aural experiment gone totally wrong that has taken up a life unto its own, with all its moving parts fully developed and on full display working together to materialize a monstrous sound of almost implausible hideousness and of complete barbarism and inhumanity.

With clear experiment-like features, Ulcereous Dimensions unfolds just as the term suggests: erratic, abominable, repulsive, hideous, inhuman, horrendous, out of control and not of this fucking world. Just a fucking living rogue abomination standing on the opposite side of the plane of existence from humanity. The most antihuman and possibly most antirational extreme metal album of the year. The guitars build a monstrous downtuned and dissonant concrete sarcophagus that encases the listener under the sheer weight of absolute terror, then suffocates them and ultimately crushes them like a can of worms. The vocals seemingly coming from all directions are a layering of varying tones of screeches, screams and grunts emanating from a torture dungeon, as if multiple people are being dismembered and skinned alive in various different rooms at the same time and the listener is helplessly witnessing this horror from a dark hallway with no exit. And icing on the cake, the total bedlam and lawlessness of the copious injections of power electronics, harsh noise and industrial soundscapes that make the release glow with aural abrasions of unspeakable horror and inhumanity, ravaging the listener of its sanity like a disease and eroding them down to a point of aural disfigurement that finds no equals in the underground. An utterly triumphant display of almost weaponized aural experimentalism and destruction – absolutely nothing even remotely like it. 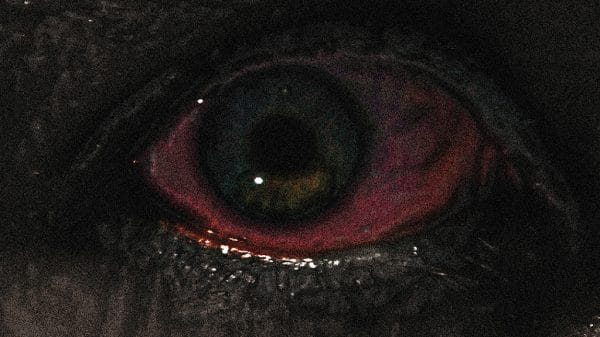