Engravings and Illustrations of Witches Over the Centuries - CVLT Nation 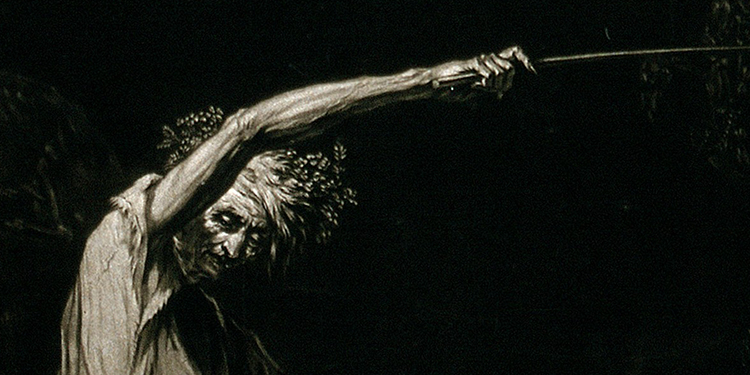 V0044812 A witch making a potion Credit: Wellcome Library, London. Wellcome Images images@wellcome.ac.uk http://wellcomeimages.org A witch, raising her arm above a cauldron, is making a potion; a young woman is kneeling in front of the cauldron; book and skeleton in the background. 1773 By: John Hamilton Mortimerafter: Dixon.Published: 20 July 1773. Copyrighted work available under Creative Commons Attribution only licence CC BY 4.0 http://creativecommons.org/licenses/by/4.0/

The most iconic portrayal of women’s power over the centuries is that of the witch. Witches had the power to heal and to curse, and tapped into earth magick that had no connection to the alien beliefs of the Christian Church. It’s no surprise that men dedicated centuries to hunting down and murdering women whose power they didn’t understand or approve of. We should have all learned from the thousands of women tortured and murdered over the course of centuries and across continents. I think it’s pretty clear that in most of the world, North America included, women with power are still seen as a threat to the patriarchal status quo. The genocide of European and American women centuries ago is treated as a legend, a cultural myth, rather than something to be reflected upon and examined in our own time. Below are some images of powerful women over the centuries, engravings, paintings and illustrations of witches fictional and real who were considered the Devil’s agents for refusing to participate in their own subjugation.

In this article:engravings, legend of the witches, witchcraft, witches, Witches of America