Wendy O Williams was born 1949 in Rochester, NY, her true initials actually being WOW for Wendy Orleans Williams. Seemingly born rebellious, she had her first run in with the law age 15, arrested for sunbathing nude. Leaving school before graduating, her schoolmates and teachers recalled Williams as a “shy and pretty girl, an average student who played in the junior high band, paid attention to her hair and clothes, and who spoke so softly you had to lean toward her to hear her”. After leaving a repressive home at sixteen, (“I’d rather be dead”), Williams hitchhiked to various locations including Florida and even Europe, earning money intermittently by crocheting string bikinis, stripping, a brief spell as a lifeguard and a server at Dunkin’ Donuts. Around this time she was arrested on multiple occasions for shoplifting and passing counterfeit money. Truly, a wily bird after my own. Approached by future manager and long-time partner the same year, radical anti-artist Rod Swenson, who recruited her to the Plasmatics, a conceptual band to be created around Wendy. “Neo-Dadaist” Swenson held the view that the measure of art is how confrontational it is, and since producing videos for the Dead Boys and Patti Smith among others, became determined to have a hand in ‘the world’s most shocking rock’n’roll band’ – this sheela na gig the logical choice to star. The earliest version of the band – which changed members like nipple tape – almost half with each album; over 17 different members playing with it over its 10 years together – was a 3-piece put together with the strongest emphasis being on visuals… Guitarist Wes Beech was the only other permanent member playing, touring or involved in the production of every WOW fronted record. A common misconception is that the Plasmatics ‘broke up’ in 1983 for Wendy to go solo – there was never any band to break up, the Plasmatics was simply a name created by Swenson for his vehicle built around Wendy.

Their LA debut at the legendary Whiskey A Go Go was a sell-out with lines around the block. “Even LA punks were shocked” headlined the Associated Press. By 1979 they became the first band to headline New York’s Palladium Theatre without a recording contract where they blew up a Cadillac onstage – Roman Kozak of Billboard calling it, “the absolute limit of what can be accomplished in rock and roll theatrics.”  Doing whatever the hell the music made her feel like – including singing from on top of a school bus as it drove through a wall of exploding televisions, firing a shotgun on stage at CBGB’s, fusing metal and punk when it was sacrilegious to do so (not to mention when these groups despised each other), and not least of all her infamous on-stage guitar-sawing stunt, culminating in a tossing of the two pieces into the crowd – quickly made her the most fearsome woman in music. These American consumerism icons, whose cars and TV’s Wendy symbolically destroyed on stage each night at the height of the rampant materialism of the 1980’s was strategically designed to undermine the status quo.

It was worth it because it showed that these are just things and people shouldn’t worship them. Apocalyptic and guttural, with Wendy’s Janis-Joplin-on-Molly vocals, New Hope for the Wretched, issued by irreverent British independent Stiff Records in the UK in 1980 was the first full length Plasmatics album. Raw, uncompromising and already a media favourite following their exploits in the States, a salivating UK press met Wendy at the airport where, complete in nurses uniform, she told a hound of hacks she had come to give “a cultural enema to the British people.”Always knowing how to play showbiz at its own game, their planned debut at London’s Hammersmith Odeon sold out way in advance. Amidst sensational headlines (“Queen of Shock Rock”, Dominatrix of the Decibels”, “Evel Knievel of Rock”…) the Greater London Council banned the show at the last minute, labelling her an anarchist. Returning to the States, where they began a sold-out North American tour, New Hope… nevertheless charted in the UK, with single Butcher Baby entering the top 40 charts.

Transcending the normal bounds of wretchedness, the Plasmatics reach a new plateau of raging infantilism and epic depravity.

– New Hope for the Wretched, as described in People magazine. Ever the provocateur, in 1981 Wendy was arrested on an obscenity charge for simulating fellatio and masturbation with a sledgehammer by Milwaukee Vice Squad following a show at Palms Nightclub and beaten unconscious, hogtied and thrown in the back of a paddy wagon. Audience members were also arrested on disorderly conduct charges for allegedly throwing objects at police. Williams claimed police brutality—a story the police denied. (“My face is sore, my chest is sore, my arms are sore, I’m sore all over,” Wendy told the Milwaukee Journal.) Her story was later confirmed when pictures were released of her being kicked by police while pinned to the ground.  “I was afraid I was dead in Milwaukee,” she later told a San Francisco magazine. “I was afraid they were just going to open fire, just start shooting.” The case went to trial on June 3, the week-long proceedings filled with lurid details (Williams claimed officers had said “We don’t like your kind here in Milwaukee…I’ll bet you’ve got a weird sex life,”) with all charges against Williams eventually dropped. A Creem review attacked the sexism of those who “can’t handle…even resent the very idea of a woman singing rock and roll with ferocity – which is to say the same qualities they would applaud if they were coming from a man, providing there was a man around today with the balls to do that”. The fact that this was the height of Crüe-dom, with their bluntly, incredibly sexist and misogynistic stage show, videos and lyrics (one song, Saints of Los Angeles, contains lyrics obliquely referring to the rape of an unconscious woman) really shouldn’t go unchecked. She teamed up with Lemmy in 1982 to sing Tammy Wynette’s Stand By Your Man, Motörhead also being infamous for blurring the lines and therefore bridging the gap between the-then sparring punks and metalheads. The b-side featured the Plasmatics doing Motörhead’s No Class and Motörhead covering their Masterplan. The recording session went so well that guitarist Fast Eddie Clarke quit Motörhead halfway through. They scared the record companies shitless.

Wearing only underwear and nipple tape, or maybe topless but for whipped cream, depending on her mood, back in a time when there was almost no nudity or sex available to look at anywhere, naturally repressed teenagers were drawn to her. Pneumatic tits, leather chaps and matching thong, decades before Aguilera et al; rocked with 80’s heavy metal staple white high top trainers, made her brand of exhibitionism approachable. Being the first women in the public eye at that time with a mohawk cannot be underlooked, either. Generally speaking, mass American culture had never seen a woman with one, and the breaking of feminist taboo was shocking;

I want to say ‘Fuck You’ to all the cosmetic companies. In the mid to late eighties KERRANG! Magazine was nothing short than The Heavy Rock Bible, and who’s Malcolm Dome chose the WOW album as his 1984 record of the year. In 1985 Wendy was nominated for the Best Female Rock Vocalist of the Year Grammy, a remarkable achievement for someone who had thumbed their nose at establishment and whom radio, on a large scale, had refused to play.  Maggots: The Record came in 1987 – set 25 years in the future (2012 for all you stoners out there), “where environmental abuse and the burning of fossil fuels have created a greenhouse effect” (Wendy was an outspoken vegetarian, health food and animal advocate throughout her career). It was called by many the first “thrash metal opera”, once again scoring those coveted 5 out of 5 K’s. KERRANG! wrote, “Quite simply a masterpiece…a work of genius…reduces Celtic Frost’s Tom G Warrior’s death grunts to mere whimpers…a mixture of hedonistically operatic melodies…gutforged to some of the heaviest armadillo beats you’re ever likely to hear committed to vinyl”.

If Wendy’s style and stage presence could be said to be an influence on anything, it would be the films of underground film production house, Troma films. Most of their eighties output, from “Surf Nazi’s Must Die” to “The Toxic Avenger”, specialised in the focus on skimpy outfits and cheap shock-o-rama that The Plasmatics perfected. Her career lasted a decade, and when it was over she moved with Swenson to Storrs, Connecticut, where he built them a dome home. She worked at a food co-op and became a wildlife rehabilitator, speaking out against white sugar in the American diet and obesity in school kids, and describing the need for urbanites to observe the importance of the natural world, country dwellers to put an end to needless poaching, but mostly staying out of the limelight.

Twice she tried to kill herself. In 1993 attempting to hammer a knife through her heart, but hitting her sternum instead. In 1997 a failed overdose of ephedrine. Wendy O Wendy…

On 6 April 1998 aged 48, ten years after the Plasmatics last tour, Wendy O Williams left a packet of seeds for the garden, some oriental massage balm and sealed letters on the table for her partner of over twenty years and former manager Rod Swenson. The letters included a ‘living will’ denying life support, a love letter to Swenson and a suicide note, prompting Swenson to search the woods at the back of their Connecticut home, one of Wendy’s favourite spots. He found her body in a woody area where she loved to feed the wildlife. A pistol lay on the ground nearby. Several nut shells were on a nearby rock where she had been feeding squirrels before she died. “Wendy’s act was not an irrational in-the-moment act,” he said; she had been talking about taking her own life for almost four years. She had found it difficult to live a normal life past her peak and had been despondent for a long time. “This was something she had planned,” Swenson said. “It was no spur-of-the-moment thing.”

Her suicide note read in part:

I don’t believe that people should take their own lives without deep and thoughtful reflection over a considerable period of time. I do believe strongly, however, that the right to do so is one of the most fundamental rights that anyone in a free society should have. For me, much of the world makes no sense, but my feelings about what I am doing ring loud and clear to an inner ear and a place where there is no self, only calm. 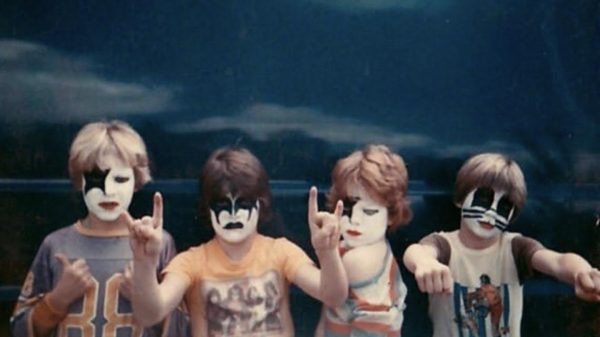