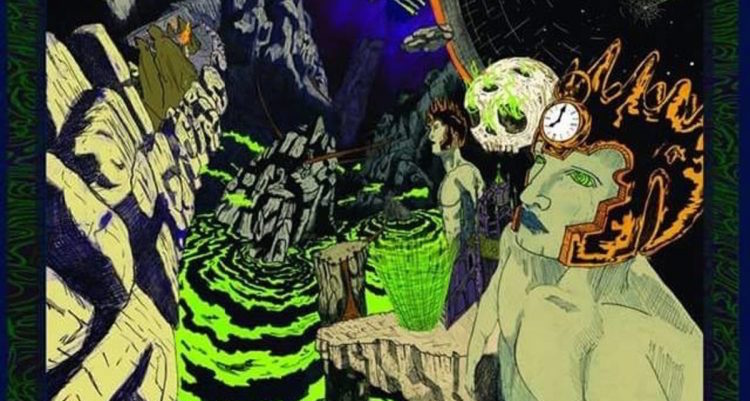 Texan Doom duo Monte Luna self-released their debut self-titled full-length in 2017 to much acclaim and followed it up with a barrage of live activity including a tour of the East Coast of the US. Now, Italian label Argonauta Records are reissuing this massive slab of Metal on vinyl, surely the best format for this beast.
The word epic doesn’t even begin to capture the crushing majesty of this band. Imagine if H.P. Lovecraft transported his Cosmic Horror tales into the fantasy world of Robert E. Howard’s Conan universe. What if psychedelic filmmaker Alejandro Jodorowsky made films based on the Weird fiction of Clark Ashton Smith? This is the sound that Monte Luna capture on their debut, and just like the strange alchemical marriages described above, they seamlessly meld the Doom Metal sounds of such stalwarts as Electric Wizard and Conan with the rhythmic drive found on Godflesh’s “Streetcleaner”.
Below is a full-stream of the record, so sit back and close your eyes, and let yourself be transported into the world permeated with weedian winds and lysergic dreams…