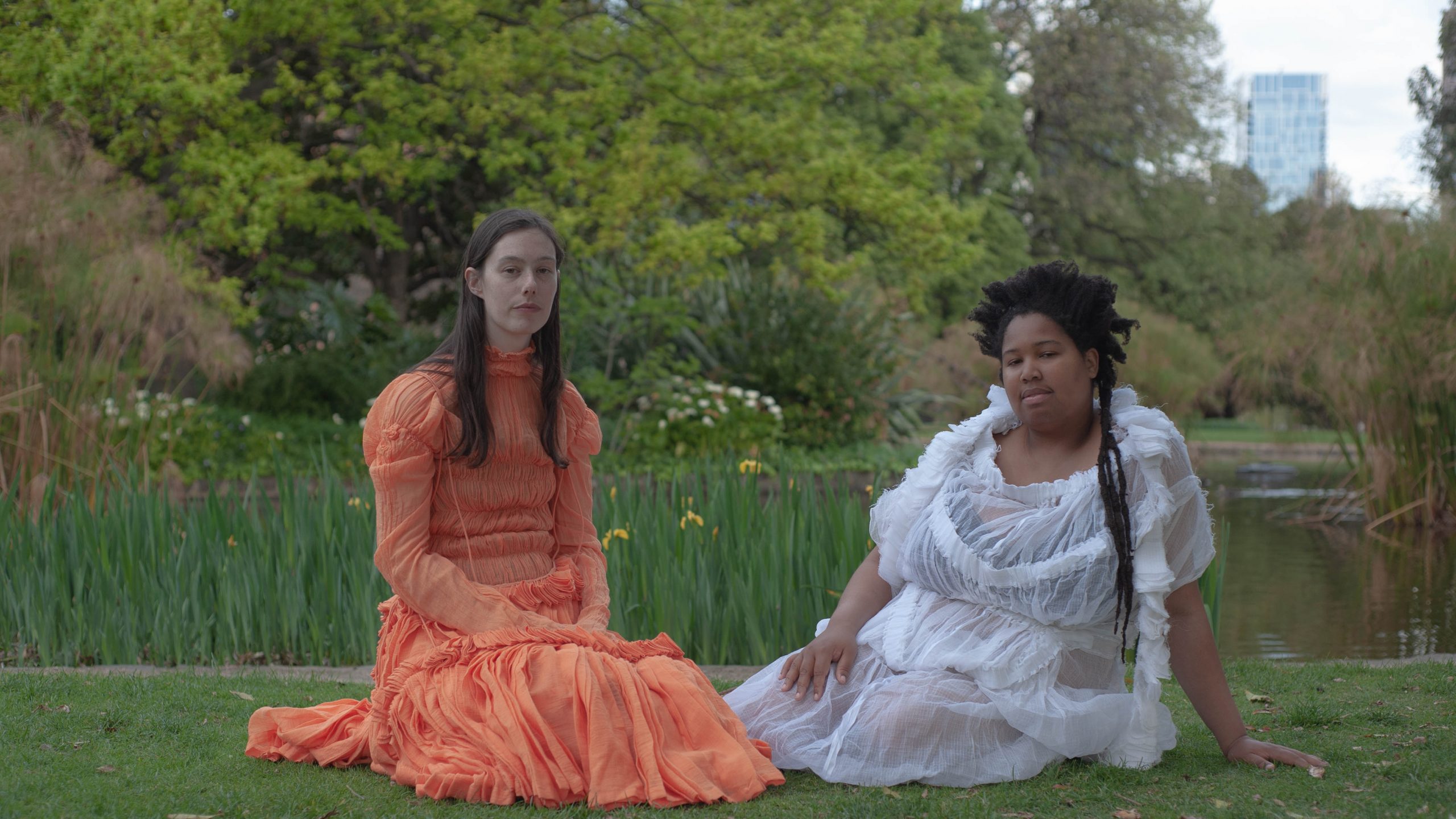 Can instrumental music mean something? Can it convey a message, despite lacking lyrics? Experimental Doom duo Divide and Dissolve certainly believe so. If you were to ask members Takiaya Reed (saxophone, guitar, live effects) and Sylvie Nehill (drums, live effects) what their primary influences are, the answer will more likely consist of a list of authors, afrofuturists, and natural phenomenon such as breathing and forests, rather than other musicians – Earth’s Adrienne Davies being the glaring exception.

Yet, meaning guides everything Divide and Dissolve do, their musical expression centering on liberation, correct-living in this world, and smashing white supremacy. They conjure a massive sound to capture the listener’s attention, with videos and sometimes poetry to get their message across.

The sound palette is straightforward but extremely effective. Their compositions walk a fine line between Drone and Doom, with other elements popping in and out of the mix. Opener “Oblique” shows their methodology at work. Reed’s saxophone opens with a simple statement that seems to be captured in a loop and repeated and is soon complimented with a counter melody treated in much the same way. When the guitar and drums enter in, the effect is quite jarring, sounding like an earthquake with a distortion pedal at its epicenter. The saxophone loops remain while the riffs and drums strum und drang underneath. The effect is an utterly physical, low-end cacophony that resonates deep inside the listener’s hollow lung cavity.

This approach, looped ambient sounds running parallel to crushing Sludge and Drone describes the vast majority of the songs on “Gas Lit.” The exception is the third track, “Did You Have Something to Do With It”. This is a spoken-word piece and the most direct statement of intent that they provide. They state unequivocally, “This is our time.” And they question, “If our addiction to power will consume the beauty that was once our birthright.” After the pounding crawl of the first two tracks, this piece provides both a respite and a mission statement.

From the end of this track onward, Divide and Dissolve continue with their monolithic slog across the cultural wasteland of western civilization. The guitar tone favors noise and density over clarity, but each riff manages to retain its own identity. The drums are thundering and certainly nod towards the influence of the aforementioned Adrienne Davies. The sound is as singular as their focus but is all the more effective for it. No one quite sounds like Divide and Dissolve, and no one in the Metal world is saying what they are saying.

So can instrumental music convey a message? Perhaps their explanation of their song “Prove It” can offer some guidance. It’s thundering attack was inspired by anger, refuting the notion that claims of trauma must be proved in a realm where the victims are likely to have their voices diminished by the existent power structures. The victim’s experience shall not be denied, nor should the intent of this duo’s creative expression be questioned either. Their voice is loud and clear, even if it emerges primarily from their instrumental sound.

In this article:Divide and Dissolve, Featured

The Shape of Abstract DOOM…Divide and Dissolve Stream + Footage

Much has been written about Divide and Dissolve, and the focus always seems to be on their politics and/or gender. When many humans are apathetic about...