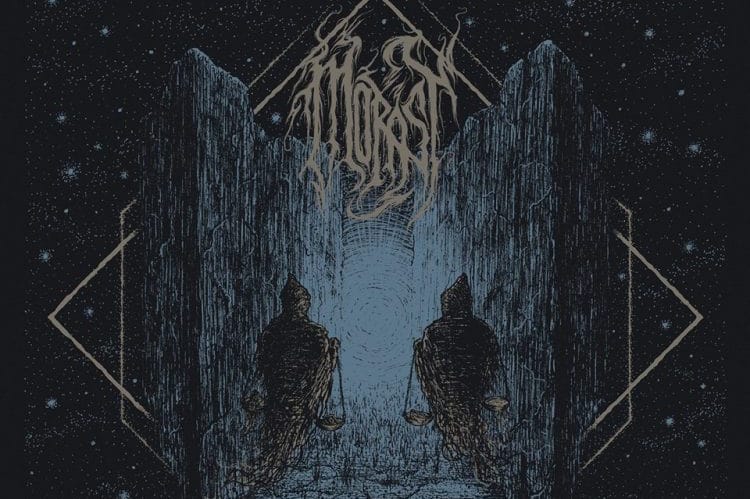 Here’s a record that’s going to get lost in the shuffle of all the new stuff coming out this year, and that’s a real shame because it’s pretty damned good. If you’re a fan at all of Death/Doom then you might as well pony-up the money and get yourself a copy, because this is right up your alley. It hits that sweet spot, walking the fine line between utter Doom and guttural Death and it just drips with darkened atmosphere.

The theme to this album is “Darkness” and it delivers this in spades. Sludgy, crusty riffers like the title track drag you through the mud, churning and trudging. The melodies here are like the dying flickers of candlelight held up against the encroaching blackness of a sealed tomb. It just rumbles and crushes. Opener “A Farewell” is as gothic as they come, gleaming with darkened class, reminding me a bit of Candlemass minus the frilly shirts. “RLS” has a weird, blackened tribal thing going on, the drums summoning demons from deep dark places as the rasping, desperate vocals tell a tale as old as time. “Nachtluft” has a storming the castle vibe to it. This song smashes your face in, slowly of course, and yet there’s a grind here that gives it a great forward momentum. It’s sort of like that pause before a battering ram slams into the castle gates, an unspoken vacuum that fills with a great crashing thud. “Cut” is the lightest track on the record, with the most melodic guitar, but even saying that doesn’t mean that it doesn’t serve up a heaping helping of blackened Doom during its journey. It begins as a respite and ends in a swaggering, headbanging crush. Closer “November” is the Deathiest and Doomiest of them all. Heavy, heavy, heavy, and slow, slow, slow. This one is the final backbreaker, the last pounding number on a record full of slow-motion devastation.

So yeah, if you’re into Death/Doom, you’ve found yourself a new groove to carry you through the darkening days of Fall and right on into Winter. This is a grim, unforgiving slab of blackness, a séance held in a haunted graveyard, a crawl through ever-tightening tunnels. And riffs, lots of goddamned, crushing riffs.