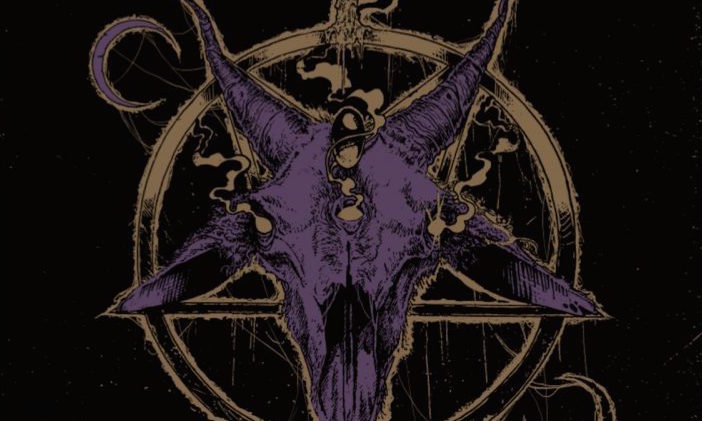 TEN – GLAARE To Deaf and Day

One of my favorite bands of all time, Glaare, have released their first LP and I’m so excited about it! These guys are from LA, and if you didn’t catch my first article about them, I’ll just say this: they don’t quite sound like anything else you may have heard, even if you’re a huge fan of shoegaze and postpunk, because of the unique elements they play with. They’re very fantasy oriented, sobering and slowdiving at the same time.

To Deaf And Day opens with the soft washes of “My Love Grows In Darkness,” the sad vocals coming in simultaneous with the dark post-punk guitar and beautiful 80s synth. I got chills listening to this since it’s been so long since their initial EP release and I haven’t heard anything from them since. The chorus comes in more upbeat and dancey than the rest of the song, giving it a lot of energy. Dreamy harmonization and icy tones really define this one. Dallas punk band Slimy Member enter their fourth year of existence in 2017 (they began in November 2013), and their long-awaited debut LP, Ugly Songs for Ugly People, has finally arrived. The LP is a big step forward for the band in terms of sound and songwriting prowess. The previously fearsome foursome have become a feversome fivesome on this LP with the addition of a second guitarist since their self-titled debut EP came out on Austin’s Todo Destruido Records in 2015. The Ugly Songs debut full-length comes out on the Drunken Sailor labelin Europe (England) in a few weeks on April 7th, and I believe a US version of some kind is due out on Occult Whispers in Chicago, the label run by Dez of Cemetery. In the music of Pawns you can hear the influence of bands from the darker side of the UK anarcho-punk spectrum – bands like Lack of Knowledge, Famous Imposters, and The Mob, an approach that is reflected in their imagery as well. Singer Gage’s baritone vocals lend the doomy music its gravitas; the accompanying lyrics drive home the themes of control and social dysfunction that preoccupy the band. “I don’t believe in free will,” Gage explains. “Not in the traditional sense anyway. So Pawns kind of sums up the sense of futility I struggle with daily.” FIVE – FEARING A Life of None

With a sound  self described as “sort of like Asylum Party mixed with Sisters Of Mercy—maybe with a slight Nick Cave edge to it,” Fearmg have evolved from their punk and hardcore origins in a fashion not dissimilar The Blitz or many German Punk bands, who would eventually foray into more melodic work. Words pitched from Post Punk.Com A BLACK PEOPLE‘s new record Dust and Shadows is drenched in darkness that will change your reality for the better! This band sounds like no other – let me give you a couple of reasons why. They create from a place where the ghosts of the past are alive and go places where ghosts never have. Lyrically and vocally, A BLACK PEOPLE can not be fucked with, because they have the swagger of Rozz Williams with the feedback power of My Bloody Valentine. So consider today your lucky day, because CVLT Nation is streaming Dust and Shadows in full below! Attention all labels: A BLACK PEOPLE needs a vinyl home – if you are interested, hit me up! Cursed Moon’s 10-track Rite of Darkness debut LP opens with tolling churchyard bells and synths, announcing a gloomy atmosphere appropriate for a project that bills itself as a kind of hybrid between the worlds of 80s trad gothic rock and early black metal. Powered by minor-note obsessed guitars, a drum machine, and enough doomy gothic mood to fill a truckload of black hair dye bottles, Rite of Darkness maintains a hypnotically dancey vibe reminiscent of Sisters of Mercy’s Floodland opus, but there are also still enough minor note guitar chord changes and venom in the vocals to keep black metal fans interested. The three cover tracks at the end of the LP – covers of songs by Sisters of Mercy, Oz, and Skinny Puppy, respectively – serve well to show some of the main influences on this effort. The album is a new kind of “crossover,” of that between gothic rock and black metal. (Although there are some precedents for this before, i.e. Sixx and others; see below.) In light of their new LP No New Violence, Belgium synthy psychedelic post-punk band Public Psyche has quickly become a band I’m dying to experience in-person because their music feels like such a trippy, out-of-body adventure. Think Alice In Wonderland meets Robert Smith, at least for the first couple of tracks. This is music you smoke a blunt to while you stare at the ceiling if you’re listening at home, but what I’d give to see these guys live! I imagine it feels like you’re in the film Videodrome. Public Psyche (previously known as Rape Blossoms,) has actually been around since at least as far back as 2011, last year having put out a Joy Division cover split with Shadowhouse and toured with A Place To Bury Strangers. This, however, is their third LP and their first under the new name. ONE – DEATH BELLS Standing At The Edge Of The World

The highly anticipated full length LP from Sydney-based Death Bells, Standing At The Edge of the World, is out now from Funeral Party Records! Death Bells released a 6-song EP in April 2016, none of which are repeated on this incredible 10-song release. The album, which was completed last May, is something I’d describe as dreampop meets post-punk for a modern audience, but that’s putting it far too simply – there are plenty of surprises here.

“Days” opens the album immediately with a gloomy, yet energetic and inspiring tone. The guitar lines remind me heavily of The Cranes. They definitely skirt the line between shoegaze and traditional post-punk more than any other band I’ve experienced.  I get heavy Cure vibes from “Alone, Into An Empty Clearing,” which is lyrically more depressing than the opener, but maintains an overall flowery atmosphere. “Roman Candles” touches on the more Joy Division side of the genre, namely in the bass, but it still has that heavenly, poppy Cure vibe. It really was an excellent decision to release this track early – it’s simply a beautiful post-punk masterpiece for the modern age. Which brings me to my favorite track on the album, “Only You.” Don’t you wish mainstream pop was this romantic? This is one you’ll want to dance to, if you’re into that sort of thing. I can’t help but play it on repeat – everything about it is addicting. The most mellow of the early release tracks is “Something Above,” a particularly brooding song with beautifully gray lyrics that feel fitting to fall asleep crying to. 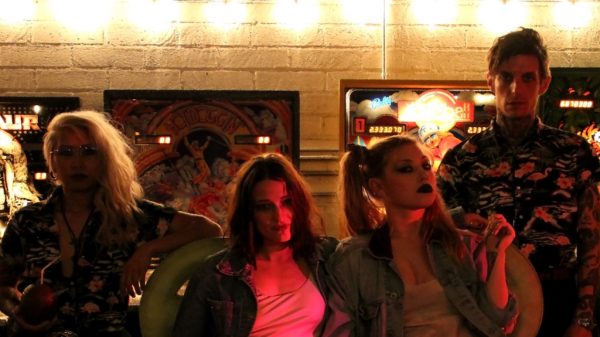 I can’t tell you how many times I’ve listened to Glaare’s 2017 release To Deaf and a Day. Over and over. It’s gotten me...