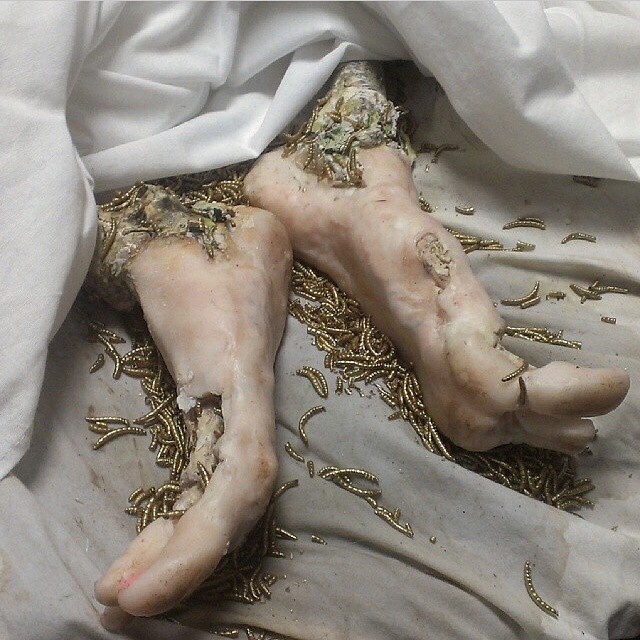 Sigrid Sarda has been producing beautifully grotesque wax sculptures for many years now, but only a month ago she entered the Instagram world. Now I can watch her work progress as she blends memento mori with societal commentary in a way that makes even maggots a pleasing and compelling subject. Her maggots are gilded with 14k gold, and pour out of bodies immaculately sculpted in wax. Quartz grows out of empty eye sockets, rib cages are gilded and sparkle with minerals. It’s almost as if her corpses are creating their own wealth from the earth, rather than being buried with man-made treasures. Their flesh delicately pulls away from wax skeletons as it rots, revealing a decay of perception as well as of biology. Her work also incorporates actual human remains in the form of bones from deceased persons, and she builds a story around them, bringing a stilled life to them that makes her work almost magical. There is a presence in her sculpture, as if the corpse has reanimated to find its final pose, to leave the world of the living with an important message only learned after passing. Sarda has been featured on Obscura Antique’s Oddities, even building an amazing and disturbing “evil queen” version of Evan Michelson. As someone who finds death fascinating, her works of art are a daily source of inspiration. Follow her on Instagram at @sigridsarda and on Facebook here. 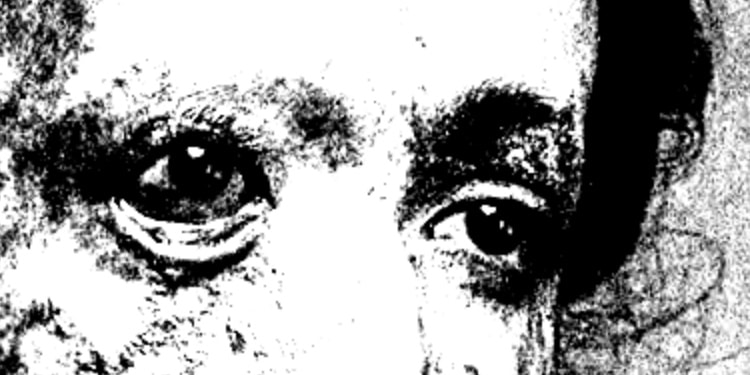 Experimental metal group CATAFALQUE have just released a split with dark ambient/noise project Clawing, and today we’re excited to be premiering their video for the...