Deathrock never died, but it would be willfully ignorant to claim there isn’t new blood currently reinvigorating the genre. The recent uptick in the number of bands owes a lot to the DIY hardcore punk scene.

Some of the new bands, like Blue Cross, began as side projects of hardcore acts (Germ Attak, in that case). Others, like Deathcharge, the Spectres, Crimson Scarlet, and Lost Tribe, either started as punk bands, or feature members that got their start in bands from that scene. There is a strong tinge of anarcho/peace punk among the new bands, too; one of the best current bands in the genre, Christ vs Warhol, use the phrase “anarcho post-punk” to describe themselves at their Facebook page. It’s hard not to hear the influence of the old female-fronted early 80s bands like Blood and Roses, Madhouse, Lost Cherees, Poison Girls, and Rubella Ballet in the sound of Arctic Flowers, Tanzkommando Untergang, Dekoder, Dead Cult, and Cemetery. In the meantime, older bands like Rudimentary Peni, Alien Sex Fiend, Bloody, Dead and Sexy, The Damned, and Killing Joke still make new material – and some of their recent stuff is included here for good measure, tying in the old with the new. A refocusing on the DIY punk roots of the music (the original bands like Theatre of Hate, 45 Grave, Superheroines, UK Decay, and TSOL all began as punk bands themselves, after all) has injected a new urgency into the sound. In short, 2012 is a very good time to be into gothic punk rock. So, forget about “grave wave,” forget about witch house (please), and forget about dark-indie-revival-etc. blather. This is all about a raw, returning-to-its-gloomy-basics type of dark punk being made by, thankfully, a growing number of bands now. There are way more bands than could be covered here (like, for example the ubiquitous Spanish-language and Latin American deathrock bands, which are among the best), but this should serve as a good appetizer for what all is out there. Get out your eyeliner, turn on your fog machine, and grab your Aquanet – goth is going anarcho. 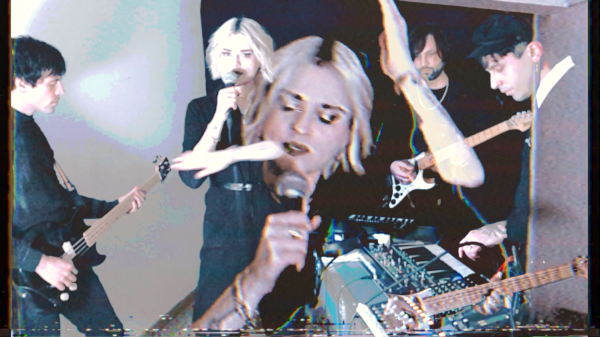