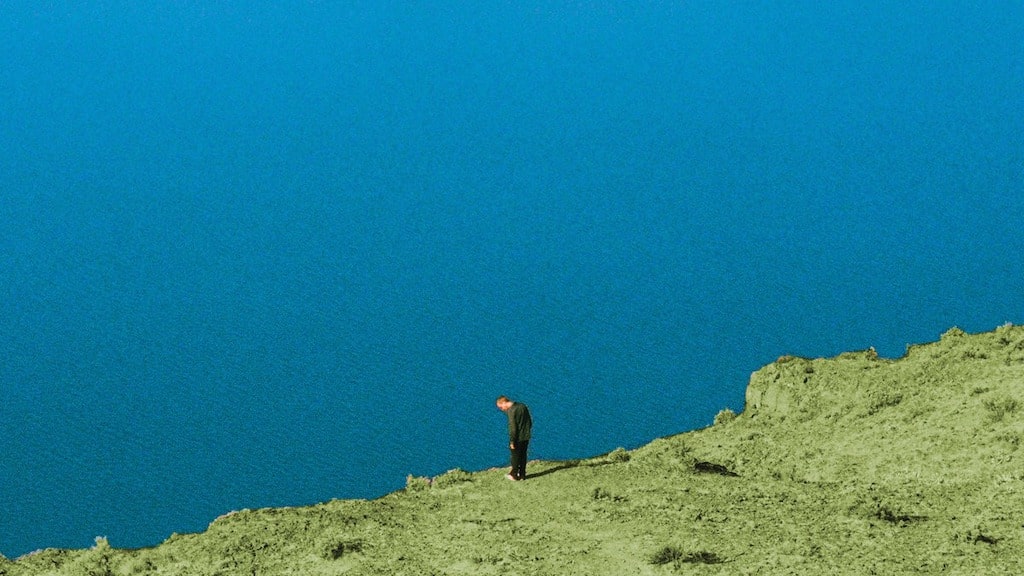 Summer Home’s debut tape is uncut raw sonic bliss that I’m addicted to. These three songs make me so happy to exist on this planet. The song “sunflower” grabs onto my heart and paints my reality techno-color. Summer Home’s music is the kind of quiet but powerful music that makes me want to walk in the rain. Both Emily Harper Scott and Kinsey Matthews deliver vocal performances that are beyond outstanding!!! Their song “moon river II” is a fuzzed-out pop song that makes me cry tears of joy! I want to say thank you to the band for creating an epic debut tape but FYI, I need more than three songs next time!

Real Talk Big Talk — BIG CITY’s Liquid Times EP is the BOMB! Imagine if the Soup Dragons decided to start a project with the Cocteau Twins — the outcome might just sound like this band. I can’t front, this band flipped the script on the Madchester vibe but is creating something totally their own. Don’t even get me started on their use of Sax — it’s perfect! Every moment of this EP is sonically immaculate and makes me want to hear more! I got to say that I feel like a good parent for the fact that our kids got to see BIG CITY live at their last Vancouver performance.

#8 SOUL BLIND Feel It All Around

For the second year in a row, SOUL BLIND released a record that we had to put on our top shoegaze//dream pop list! Feel It All Around leans even heavier into their 90s alternative sound and also brings in a psychedelic vibe. Every song is blanketed in a thick, sticky shoegaze fuzz that traps me like a fly, so all I can do is lay there and let their songs drown me in sonic bliss. Some of the best 90s-inspired shoegaze out there right now, and let me be clear — there’s nothing dated or retro about their sound, they’re just on point with their inspiration. As a 90s teenager, this Soul Blind album takes from the best and leaves the worst of the music of my youth. This one’s on repeat at HQ.

#7 GRAHAM HUNT If You Knew Would You Believe It

Hell fucking yes — this is a letter to Graham Hunt! I want to let him know that his new tape If You Knew Would You Believe It is PERFECT! Yo bruv, I want you to know that every freaking song on this MF makes me feel so good inside it’s not even funny! Triple backflip OMG — the tune “Nine Parts Cruel World” is my favorite song of the summer and every time I hear it I can’t stop my BODY MOVIN!!! It’s hard to express how much I love this song from the infectious beat to the perfect vocals (I always press repeat)! Then “Stripes” kicks in and this BIG SMILE starts to come across my face because I’m in a state of sonic BLISS! It never seems like Graham is trying too hard and think he comes by creating spot-on Lo-Fi 90’s Indie Pop naturally! If You Knew Would You Believe It also has big tunes like “Atwood” and “Turning Green,” plus other anthems that make this such a pleasure to listen to every time! What I really want Hunt to know is that I start the weekends with this album! I want to say thank you to Smoking Room Records for releasing this gem, and to Hunt, I want to say, thank you for sharing your creative spirit with the world! Your voice is beyond EPIC!!!

#6 FLESHWATER We’re Not Here To Be Loved

Life is fucking AWESOME and the new album from FLESHWATER entitled We’re Not Here To Be Loved is just as AWESOME! Unholy hell, every song on this record is the JAM! This band has totally found a way to look to the past but at the same time push their sound into the future! On paper, it might sound impossible to blend Shoegaze-Hardcore-Grunge-Alternative Rock and Dream Pop into a cohesive sound. All that being said, FLESHWATER has done that and more seamlessly.

How do these songs make me feel? They make me feel like none of my negative self-thoughts will ever have the power to do me in! On songs like “Linda Claire,” they kick it off with a sublime groove that gives me total eargasm. Real talk there is not one weak vocal moment on “We’re Not Here To Be Loved.” Once y’all tap into their song “Enjoy” you will realize that FLESHWATER could perform at any Hardcore Fest and fucking kill it! I love the balance of the soaring vocals and powerful music that is laid down throughout this record! In the words of MLK, I have a dream to one day see FLESHWATER live — I’m sure it’s amazing to experience. If my wife wanted to buy me this album for an XMAS gift I would not be mad! I want to say thank you to the band for creating a timeless record that will be with me for a long time to come!

SPICE’s record Viv is shoegaze that’s been rolled in grunge, punk, and noise rock, and it’s blowing through the underground like a tumbleweed made of down, broken glass, and barbed wire. It’s got the dreamy breakdowns that send my mind soaring into the present and driving rock sections that make me wanna jump and skulk around a dance floor. They’re hard to pin down and that’s what makes this record so rad. Viv is a reminder why shoegaze is one of my favorite genres to explore.

Want a dream pop wave to float away on? Here it is — Cloakroom’s Dissolution Wave is here to wash away all your stress and worry. If the blurred gorgeous vocals and twinkling melodies don’t immediately lift your cares off your soul I don’t know what will. Listening to this record is added to my list of things to do when I need healing. It feels like wrapping a sonic blanket around my brain and drifting into the most intoxicating dream world I don’t want to wake up from. The shoegaze revival is in full effect, and bands like Cloakroom are leading the charge.

I won’t call this a comeback but I will call it one of the raddest albums of 2022. LOOP’s new record Sonancy is fucking beyond awesome and gives me the chills. I can’t help but lose myself in the feedback storm that is this epic offering. When I hear songs like “Fermion” I say to myself, unholy hell, LOOP has not lost a beat and needs to tour, like now (the breakdown on this song is PURE BLISS). I can say without a doubt that this unit is doing it for the passion and prove that 90s are FOREVER. “Penumbra II” is another big tune that gets my inner spirit hyped and makes me want to worship at the altar of LOOP. They are not out to prove anything and in doing that they have manifested a collection of songs that will last until the end of time. I respect the way they write music that empowers the listener’s imagination to travel at the speed of infinity! The opening track “Interference” is a Proto-Punk anthem that will have y’all pressing repeat. After listening to Sonancy I was kicking myself that I missed the vinyl, but I do have it on backorder at our local record store, Audiopile.

Yo LOOP, if you are reading this just know that I’m so stoked for y’all. I want to say thank you for making so much music that I love. Sonancy is truly a standout record in y’all’s discography, but I wanted to also give y’all’s other classics some shine. It’s time for CVLT Nation to give LOOP their flowers, so that is what we are doing!

I gotta say I’m so optimistic about 2022. No, I’m not blind to the ridiculous, insecure, fearful, desperate behavior of a lot of my fellow human beings. I’m not ignoring the fact that the majority of the underground gatekeepers are trying to stay status quo as fuck and forgetting about their performative protests of a couple years ago. But I’m tuned into the creative, explorative, futuristic, celebratory, dynamic, genius-level art that’s coming up from the underground every day.

Take the addictive, synapse-expanding sounds of Nuclear Daisies, for example. I’m dancing like I’m bouncing through a field of daisies while my brain explodes with mushroom clouds! Then a shoegaze rainbow bursts out of one of those mushroom clouds and swoops me up into the air to dance on a misty psychedelic electronic haze. If none of this makes sense to you, lift your head out of the emotionally-impoverished gutter this society wants you in and look up, because “Heaven in Your Head”!

#1 COLD GAWD God Get Me the Fuck Out of Here

There’s something about shoegaze done well that’s like a spoonful of honey helping the razorblade of reality slide down your throat. And as soon as I hit play on COLD GAWD’s record God Get Me the Fuck Out of Here, I felt it cutting me on the inside in the sweetest way. They’ve mastered the balance of heavy and light with a tone that takes me from melancholy to blissful one second to the next, and an atmosphere of blistering fuzz that I just want to sink into and sleep the pain away.

I wrote the above passage when we first heard this masterful record from Cold Gawd. At the time, we had no idea what this year would have in store for them, we just knew we were listening to a shoegaze band that was going to impact the underground for years to come. This #1 spot is well-deserved and really rounds out the year for us. It’s #coldgawdszn folks. 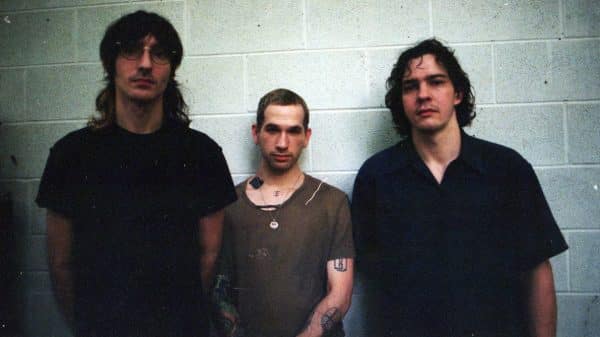