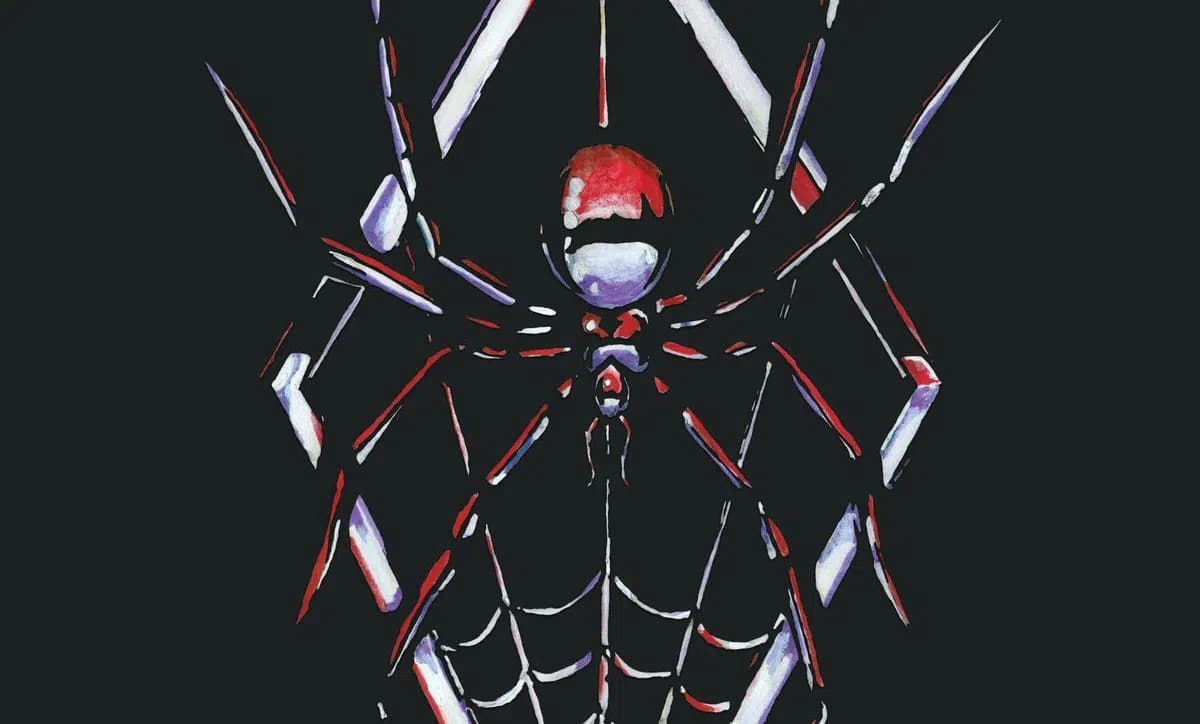 #10 LOCUST REVIVAL Your Delusions Are Not Mine EP

Let’s kick this list off with a sonorous beauty of a record. Locust Revival makes me think about the gritty 80s tv series Beauty and the Beast that I loved as a kid, I kind of imagine the Beast howling out these tracks from his subterranean lair, a siren song for the beauties that walk the dirty streets above. Basically, this album makes me want to dance underground with creatures of the night. Which is exactly what I want from a darkwave/post-punk record.

Death Bells are no stranger to our top lists, and for good reason. It’s the mesmerizing music and the deadpan vocal delivery that catch us in their desert-tinted post-punk grasp. Now that they live out West, I feel like I can hear the twang in their music. Death Bells are able to seamlessly weave heavy and light sounds together into a glimmering silver sonic tapestry. This is record is somehow epic minimalism.

There was a time when Soft Kill was the kind of music I listened to when I wanted my soul to hurt. When I wanted sounds that would crush me under the weight of my traumatic memories while still keeping my mind void of them. But somehow, with Canary Yellow, they sound happy. They’ve taken their boot off my chest and they’ve lifted me off the floor and now they’re dancing with me. I’m confused but joyful at the same time. Welcome to my new sunny Sunday morning album.

The Chicago Post Punk Scene is on fire right NOW and the band FRENCH POLICE are part of the blaze! They create the kind of tunes that will get you on the dance floor in your nice clothes. This band is sexy and makes me want to be making out instead of writing. I know for a fact FRENCH POLICE love what they do because I can hear it in their music.

#6 LESSER CARE Underneath, Beside Me

And now for something different… don’t let the energy of the world crush you beneath its boot. Right here and now, you can float in the uplifting sounds of LESSER CARE, and right here and now is all that really matters. That’s the most beautiful thing about music — like meditation and mushrooms, it pulls your awareness into the moment. Don’t worry about how anyone else is living their lives right now, just be happy that you have the ears to hear the ethereal synth melodies and blood to feel the percussive heartbeat and eyes to see the quirky psychedelic frog visuals on their new single “Meadow.” You control you, and if you want to sink into a cloud of shoegazey post-punk right now, do it. If LESSER CARE’s music makes you happy, then your happiness will ripple out into the universe. The frogs will keep jumping. The grass will keep swaying.

Earlier this year, we saw one video from Blood Club for the only track they had live, “Gastado,” and both of us were like what the fuck kind of brilliance have we stumbled upon? So how stoked are we that they released a tape called current lust and we get to share it on our top post-punk list! This is post-punk for 4 AM dance parties in your friend’s living room, smoking too many cigarettes because you’re high and you forgot you quit.

Excuse me as I plug myself into the amazing sounds of Phantasia’s Ghost Stories! I’ve been bumpin’ this gem lately real talk. “All the Flowers” is the JAM — the chorus is neverending ear candy that gets to the point! Imagine if Altered Images, Dexy and the Midnight Runners, Siouxie Sioux, and Bruce Springsteen all decided to get their jam on together, the outcome would be the sibling to Phantasia.

I love the urgency of their songs, like “Out of Spite” and “Fate of the Martyr,” because they pack the kind of melodic punches that keeps me coming back. Ok, ok, one of my Big Tunes from Ghost Stories is “Falling Falling,” this sun-kissed blissed-out gem makes me smile!!! The break on “Summer” makes me want to stare out a Venice Beach Sunset while thinking about how rad nature is!

As soon as I hit play on The Serfs it was like a bunch of ’77 punks from different bands ran into the room in my brain to make a song on a really sick 70s synthesizer. They’re all working together, no one’s taking the shine over anyone else, which is pretty unexpected from a community that birthed frontpeople like Siouxsie and Johnny Rotten. So imagine those two creating in harmony with some really sick electronic beats and riffs happening in the background. That’s where my mind is right now and I’m happy to stay here as long as this record is mesmerizing my eardrums.

CONJUNTO PRIMITIVO is coming in HOT this year and their soon-to-be-released album Morir Y Renacer sounds like no other! This project is beyond special and will keep your body movin! They have crafted a collection of songs that have no boundaries. This record is full of passion and hits my soul deeper with each listen. I love CONJUNTO PRIMITIVO did not look to the past at all but decided to push Post Punk to places that it has never been before. Morir Y Renacer is not about one genre it’s about freedom of expression. I want to send a message to everyone who made this record a reality THANK YOU! The vocals on this record are priceless and the production is sublime!

All day today I have been blasting a record that has given me the chills because it’s that DAMN AWESOME! First, I got to say that this band has harnessed the magic of Shoegaze, the Angst of Post Punk, the working-class spirit of Brit Pop, the Blissed out Vibes of the Madchester Movement, and created a sound that is PURE RADNESS!

When I hear anthems like “Trauma Bond,” it reminds me why I really learned what it meant to be someone’s friend when I moved to the UK (when someone calls you their mate, they mean it, it’s just not lip service). HIGH VIS is beyond epic because not only does their music uplift me, but their lyrics are so real! Blast their tune “Morality Test” and tell me it does not kick you in your soul! I want to say thank you for creating songs like “Join Hands” that make me remember where I come from and what it means to be proud to be me. “Shame” is the perfect song to close out this insanely perfect album.

Allowing Blending to enter my reality makes me want to transport back to 2002, dressed in my black Stone Island parka, walking in the London rain singing The Verve at the top of my lungs. These songs go beyond any one genre because these are songs that the whole world needs to hear! HIGH VIS, y’all did it big, and for that I salute you. Blending is what happens when real punks make the album they always wanted to make! 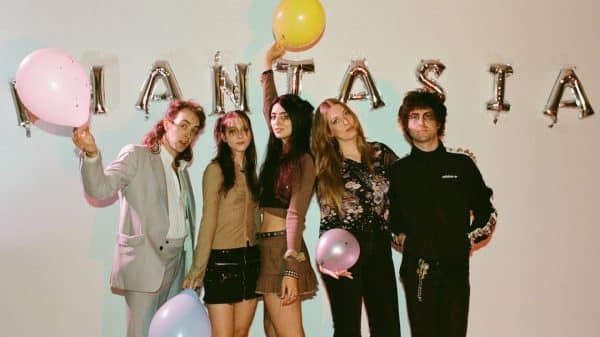 Plug Yourself Into PHANTASIA’s “Live From Park Street” Video

One band that always put a smile on my face in 2022 was PHANTASIA. Their most recent LP Ghost Stories is out now on...