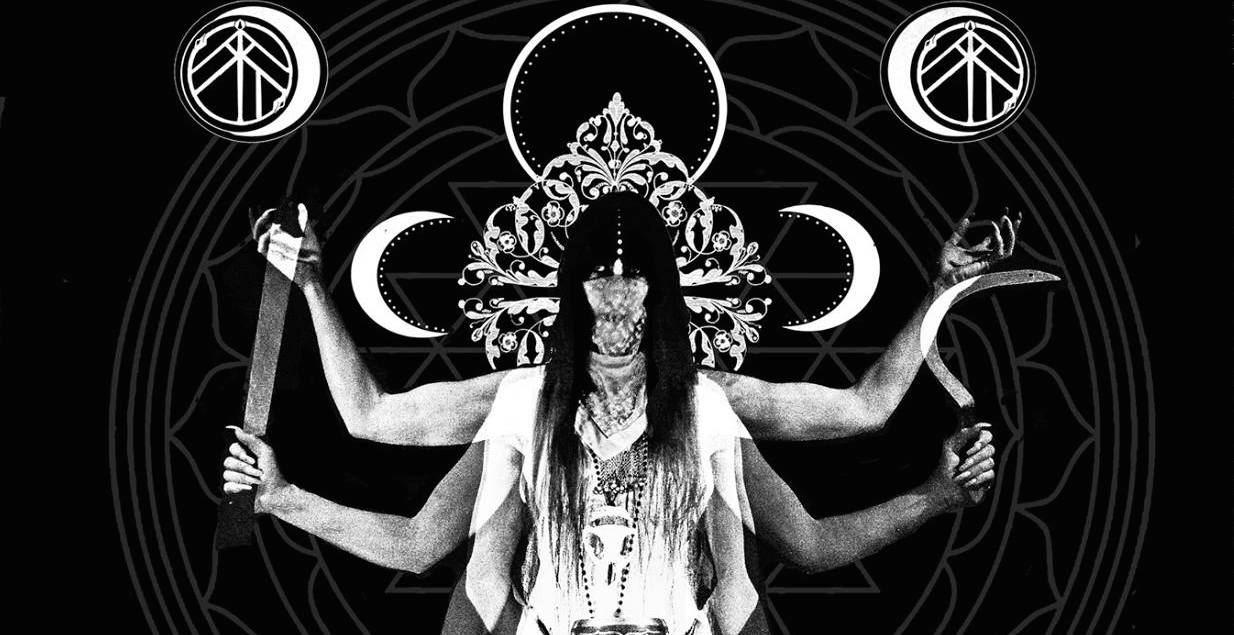 As one cycle ends, another begins for Wolveserpent. In this interview, Blake Green discusses the evolution of Wolvserpent through the years and sheds light on the band’s most recent release, the excellent Aporia: Kala: Ananta. The themes of Aporia are explored, the production process summarized and a deeper understanding of Wolvserpent’s compositional process is achieved.

Hey guys! Firstly, thanks for finding the time to do this interview. It is much appreciated!

So, it has been three years since the release of Perigaea Antahkarana. What has been going on with Wolvserpent in that time?

We did a short tour in Europe and played a couple excellent festivals. Gilead Fest, Thirst for Light, Stardust NYC and Amplifest in Porto. Mostly, we’ve been working on Aporia: Kala: Ananta. If I remember correctly, the initial tracking started in Winter 2014 and we tracked and mixed up until late summer 2015.

Aporia: Kala: Ananta is an excellent EP, and congrats on your work. How would you compare it to your last full-length and in terms of its sound? How would you describe the evolution of the band to this point?

Thank you for the kind words. I’m glad you enjoy it. For me, Aporia: Kala: Ananta is slower, heavier and more emotionally brutal than our last full length. That album really wrapped up nicely; this album doesn’t resolve or offer any relief. The foundation for Aporia was written around 8 years ago. Its role in the band’s evolution is interesting and it has been a very worthy and rewarding experience completing and re-working this project.

The duration of the new work is not that far off from the duration of your first album, Blood Seed. However, Aporia is defined as an EP. How did you come to this conclusion?

Aporia was definitely as much work as a full length LP and certainly could qualify as one. Since we are revisiting some older ideas as well as some very different ideas, we felt it would be cool to call Aporia an EP to represent this “in between” phase in our evolution as a band. If we make another LP, it is sure to be VERY different from Aporia, as it will more directly follow our progression from Perigaea Antahkarana. Yes I was referring to the new EP. The idea to record Aporia has been in the works for a while. I am glad we were finally able to make it happen and get a proper release for this piece of music.

I find the choice of the album title very interesting, containing the words Aporia (expression of doubt in Greek), Kala (concept of time in Sanskrit) and Ananta (concept of infinity in Sanskrit). Am I correct to assume that those concepts are the origins for the title? How do those themes fit in your concept? What subjects are you investigating in this release?

The aspect of aporia we are referring to in Aporia: Kala: Ananta is more inspired by its use in philosophy: reaching a state of impasse, a state of puzzlement due to an irresolvable internal contradiction or logical disjunction in a text, a set of premises that are individually plausible but inconsistent. Thinking you have an answer and realizing you don’t – also, maybe there isn’t one. The concepts presented by the title fit very well in regards to how we feel about the content of this release. To answer the third portion of this question, I would say it is best to listen to the music in order to get a better understanding of the subjects that are being investigated. I often feel that music can communicate in ways that words cannot.

Also due to the fact that you have three distinct words in your EP title, and each of them is separated with a colon, do you also feel that the final track is also separated into three separate chapters? Or am I reading too much into that?

I wouldn’t say you are reading too much into it. That’s part of the fun with music of this nature. As always, we like to leave some things open to creative interpretation. The artwork and titles are set up as a guide, and within that framework an individual can imagine something unique. For me, each word represents three different aspects (vs movements) of the piece and they are separated in the title to highlight the strength of each word in relation to the music on their own, as well as each word in relation to each other. Your sound is very diverse, containing elements across different genres. How is it that you go about composing the tracks? Does each member bring his own interest and from there you form the track, or do you share a similar perspective?

Our personal views of what separates music into genres have become less defined over the years. So when we integrate different elements of music it is typically very organic. I would say we definitely share a similar perspective in that way, but what makes our collaboration unique is our differences, and our ability to honor and communicate those differences and learn from them. This is as anyone will know, not always an easy task, but I feel an extremely worthy pursuit in music as in all walks of life.

You have very prominent moments of classical music and dark folk influences. What parts of the aforementioned styles makes them fit with your more extreme core? Is there a possibility of seeing the sound of Wolvserpent dwell further in those musical dimensions?

I would say if you haven’t already listened to pieces like: Threnody for Victims of Hiroshima, Polish Requiem (Penderecki), Black Angels (George Crumb) and Symphony No. 3 (Gorecki), give them a try. I believe that would explain how our classical influences fit with a more extreme core and how there really is no difference between the two. With that in mind… we do talk about making a purely folk or purely classical album. I hope we can do it one day. The biggest issue is always time. Albums take a lot of time. In conjunction with the balancing act of everyday life. It’s hard to get to everything.

What information can you give us about the production cycle of the new EP? Did you work again with Mell Dettmer for the recording, mixing and mastering stages? Also, how would you compare the whole process to the production of your two previous albums?

In 2013/2014, I found an old practice recording (2008ish) and thought, “holy shit, this piece is cool…maybe we were on to something” haha. Brittany agreed and we decided to move forward. We took the foundation of the old piece and gave it direction, making it into something new. We recorded drums/bass/violin at a local studio called Audio Lab, which is a shared space with the Visual Arts Collective. Overdubs and mixing were done entirely at our home studio and the final mix was mastered by Mell Dettmer. The forty minute track that you have produced is the longest track in your history as a band. Was it more challenging trying to produce this massive opus, or did you find the process as natural as with your other pieces?

Aporia: Kala: Ananta was a lot easier than Perigaea Antahkarana. We tried to make that album one long composition, but also make each song stand on it’s own. Almost like making two different albums. It was very time-consuming and difficult. It was a relief to work with 40 minutes vs 120. However, 30 violin tracks and 16 bass tracks presented many challenges in the mixing process and pushed me to the brink several times, haha.

This also marks the second time that you are releasing an album through Relapse. How do you find working with these guys?

It’s been good working with Relapse. They have been very supportive in the making of this EP. In this current musical atmosphere, it’s nuts to have a band whose online stream makes no sounds in the first 5 seconds of playing, which is about how much attention one can get, I imagine. Music consumption is strange these days. There is so much musical “content” available it’s overwhelming and it’s all free, fast and completely customizable for a users’ preferred experience. This album is not meant for a quick peek on a cell phone or as the content/function of an app.

It might be a bit early, but I need to ask: are you working on new material? Or is there a possibility of seeing another EP, with a shorter duration?

There is new material in the works, but it is developing rather slowly. We have some strange rehearsal tapes we are considering releasing. To what extent, I am not sure. Most of our time over the last few years has been spent on the Aporia EP in one way or another. I imagine that will continue for a while as we move into the live performance stage of this process. Are you guys currently active in any other bands, outside of Wolvserpent, that is?

Yes. One of our projects AELTER recently played it’s first live performance in 8 years and has live dates schedule in PDX, OLY and SEA this May 2016. We will be performing Aelter IV in it’s entirety. Il’ithil is an atmospheric black metal project that released an LP on Psychic Violence last year. Brittany also has a wonderful solo classical/electric/ambient project called DEEAR and we hope to have some more info on that project very soon.

Do you have any plans for future gigs?

We have our first live performance of Aporia: Kala: Ananta on MARCH 24, 2016 with Chelsea Wolfe, Mamiffer and Reversion at the multi-genre music festival Treefort in Boise, ID.

Alright guys! Thank you again very much for finding the time to answer my questions!

Thank you for your time as well. We appreciate the support. Thanks to everyone who supports Wolvserpent.

Hopefully I will see you playing live soon!